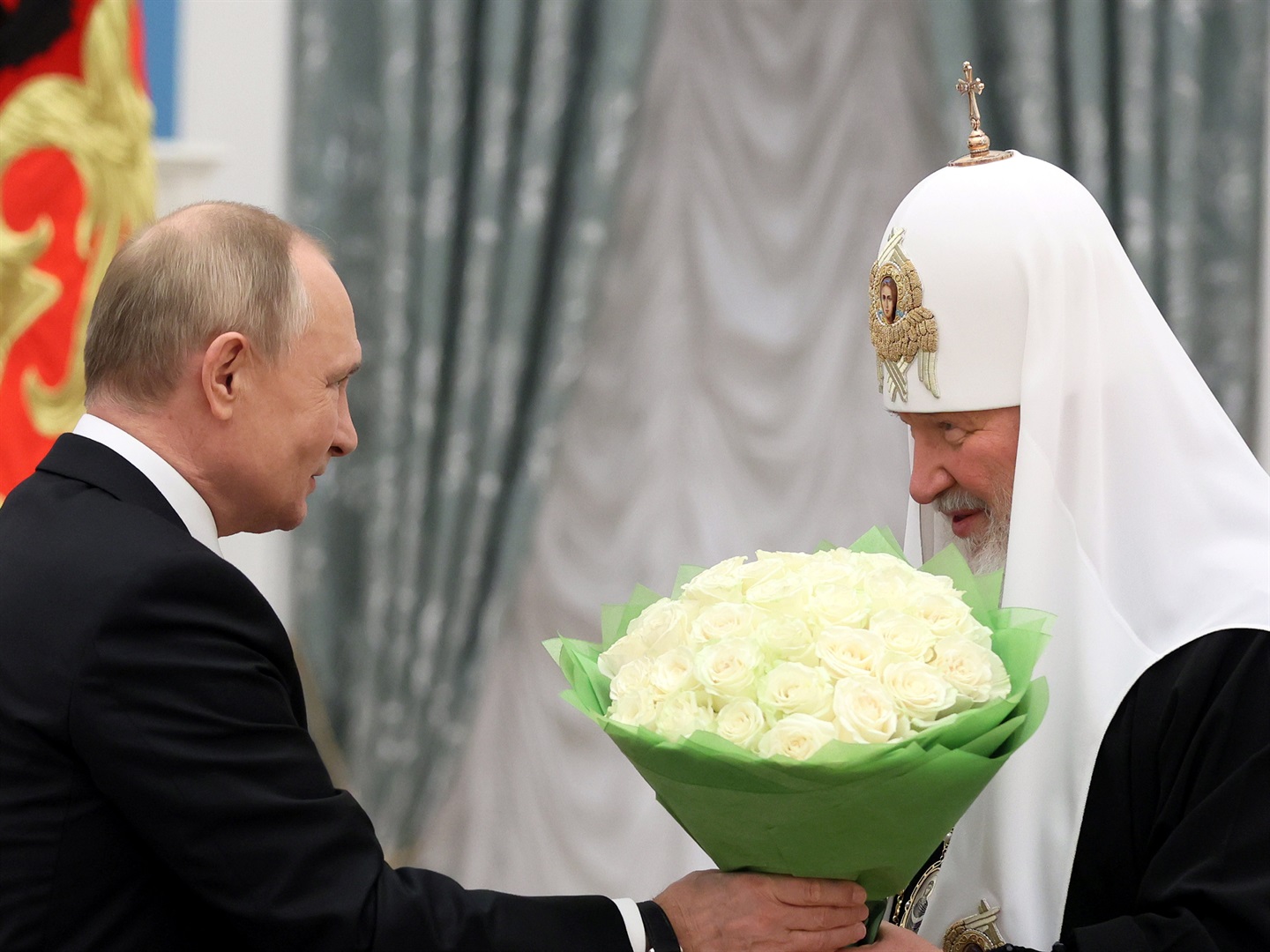 Russian President Vladimir Putin presents flowers during a ceremony to award the Order of St. Andrew the Apostle the First-Called to Patriarch Kirill of Moscow and All Russia in Moscow, Russia November 20, 2021. Sputnik/Mikhail Metzel/Pool via REUTERS

During an interview published on Tuesday in the Italian newspaper Corriere della Sera, Francis said Kirill listed his justifications for the deadly war in Ukraine, CNN reported.

"I listened and told him: I don't understand anything about this," Francis said of his 40-minute call with Kirill, according to the report. "Brother, we are not clerics of state, we cannot use the language of politics but that of Jesus."

He told the Russian church leader: "The Patriarch cannot transform himself into Putin's altar boy."

Francis has repeatedly called for a ceasefire amid the conflict and condemned its brutality.

Kirill's outspoken support of Russia's ongoing war against Ukraine has angered other church leaders, according to the Washington Post.

The European Union is also targeting Kirill in a new round of sanctions against Russia as punishment for his pro-war stance, Politico reported on Wednesday.