This company created a R366,000 RV travel trailer designed to be towed by an EV like a Tesla Travel trailer maker Polydrops – which designs its tiny homes on wheels to look like spaceships – has taken a new approach to road travel vehicles by unveiling a trailer that can be towed by EVs, including Teslas.

The first Polydrops trailer was designed in 2017 and unveiled two years later. Since Polydrops' conception, vehicles have revolutionised and become increasingly electrified, and the travel trailer maker is now following this electrification lead with its own EV friendly towable.

Polydrops has always been known for its uniquely shaped, futuristic looking travel trailers, and this new unit is no exception. But unlike any previous model, the P17A is the "first travel trailer in the market designed for an EV," and has been tested using a 2018 Tesla Model 3, according to Polydrops.

The P17A has since been a hit with the public since before it was officially unveiled. "We are getting an enormous amount of emails through our website," Kyunghyun Lew, Polydrop's founder, told Insider in an email interview. "We've sold to the local customers even before we officially launch the product, and one of them purchased it only with the 3D rendering images." 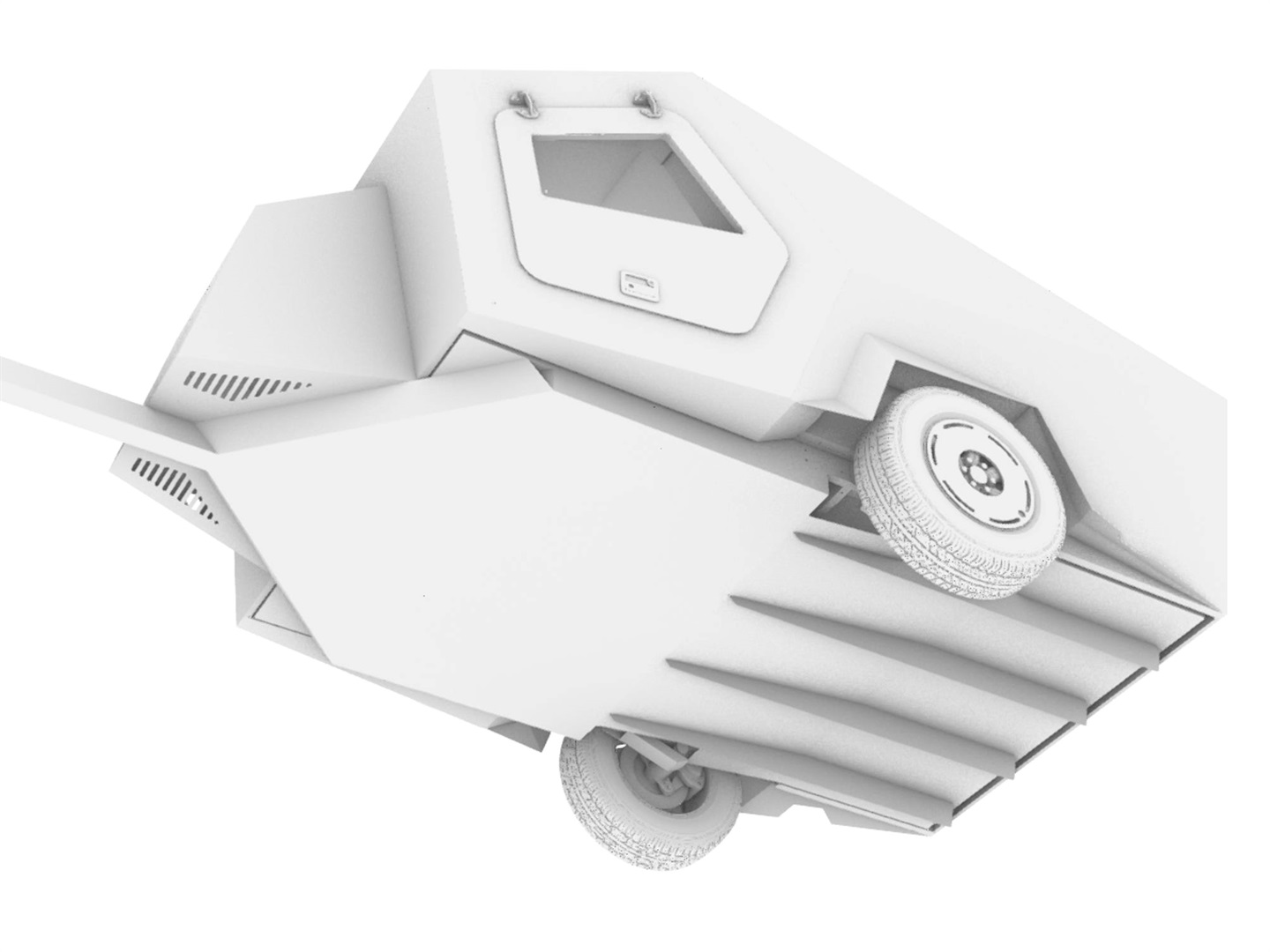 However, it closed its sales soon after to meet its orders and to create the P17A and the upcoming P21X, the latter a larger trailer model, according to Lew. The trailer has reduced air drag, rolling resistance, and weight to make it more EV friendly, according to Lew. During a test road trip from Los Angeles to Lone Pine, California, a 2018 Tesla 3 Long Range rear-wheel-drive towing the P17A logged 306 watt-hours-per-mile, according to Polydrop. Of course, this range varies per electric vehicle and model year, but on average, an EV towing a P17A has an energy consumption of 298 watt-hours-per-mile and a range of 404 kilometres, according to Polydrops' website. The aluminum trailer has an aerodynamic shape, allowing the electric vehicle towing the 544-kilogram trailer to save some energy. 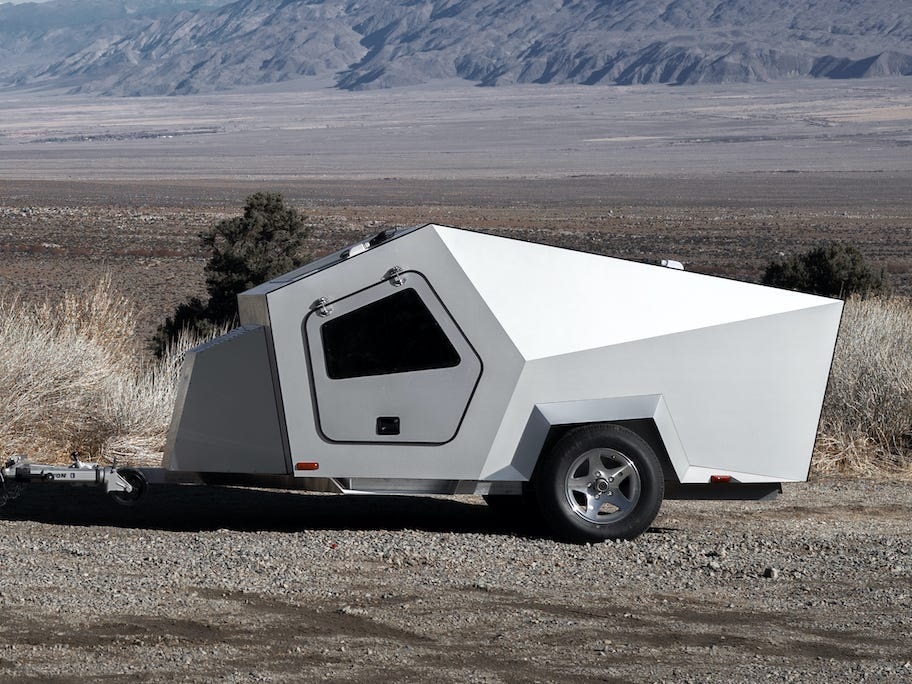 Now, onto the general basics of the trailer. The P17A uses foam core and aluminum for its structure and has batteries integrated into its floor. These batteries then supply between 2.4 to 12-kilowatt-hours of energy. This battery system also accompanies the solar panels, which then in turn supply between 260 to 520-watts of solar energy. "It is a freedom to stay anywhere, work anywhere," Lew told Insider.

Elements like the upgraded suspension allow the trailer to travel smoothly. The trailer stands at about 4.1 metres long, 1.8 metres wide, and 1.6 metres tall. The interior width is 1.4 metres, which is bigger than the previous Polydrops trailer model. This allows the unit to fit a full-size mattress.

Power may be limited, but the insulated trailer still has amenities that make it comfortable to inhabit, including a heater and air conditioner. 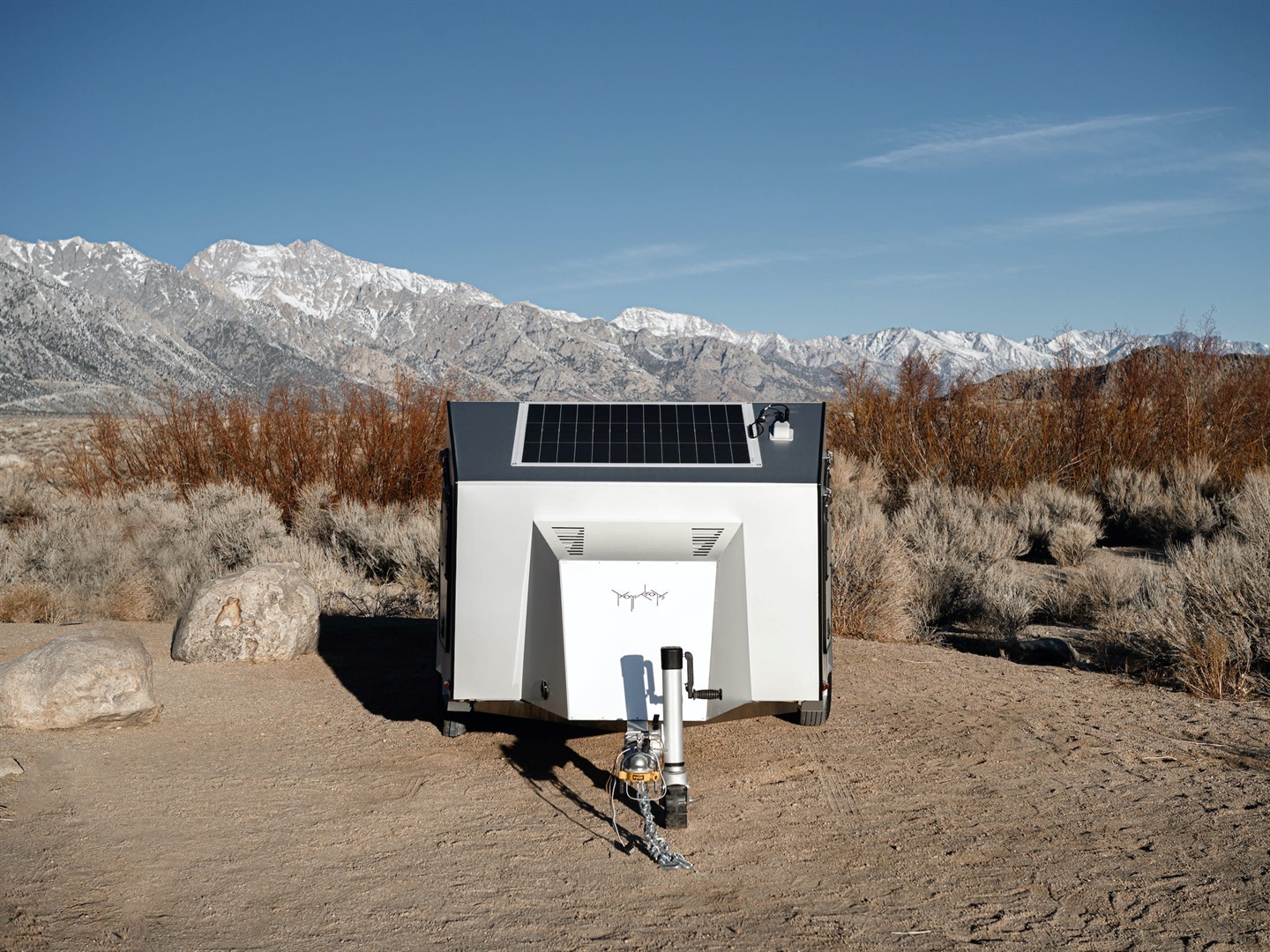 Polydrops' decision to run the entire HVAC system using battery power was inspired by customer feedback, especially from Tesla drivers, according to Lew. According to Lew, the P17A is Polydrop's "most advanced" product yet with its temperature control system and insulated structure, both of which make it weather-tolerant. There are also interior outlets, including USB ports, to power up any other necessary tech. Interior LED lights brighten up the space for nighttime camping.

There are also several storage units throughout the tiny home on wheels, including a small closet with a clothes bar. This add-on gives the P17A a refrigerator, an induction stovetop, a sink, a utensils holder, and storage units, including ones for fresh and greywater. The kitchen can be accessed from both inside and outside the trailer, which means there's no need to crawl outside for a midnight snack.