When people think of plankton, they usually envision nondescript little bits floating in the ocean. But thanks to photographer Ryo Minemizu, we can get a glimpse of their otherworldly beauty.

His photos have garnered so much attention that his series, "The Secret World of Plankton," won him the 2017 Nikkei National Geographic Photo Prize. He also has a book out, called "Jewels In the Night Sea."

Minemizu recently concluded an exhibition in Japan, which featured 40 of his photographs. Keep scrolling to see some of his most mesmerising pieces.

Minemizu has been a photographer since 1990. He started diving around the same time he got interested in photography.

The idea for photographing plankton came to him on a dive. He told INSIDER that he was "immediately drawn to the rich marine life around [him], and plankton in particular." "I was inspired by what I saw and decided to document it with my camera," he said.

"I wanted to bring more attention to the sea’s tiniest creatures because they are so vital to our Earth despite their small size," he said. "Plankton are an important source of food for larger animals. Fish and whales would not be able to survive without them. They are also the most abundant life form on Earth, and play a critical role in the marine food chain," Minemizu explained.

Minemizu is a self-taught photographer, and started before digital photography existed. "I made a lot of mistakes in the early years and learned through trial and error," he said.

Working with a digital camera made his work easier. "I had more control over the changing environment in the sea and I could also check my work to make sure I got what I needed before I left a location. Following the direction of the wind and tide, the ebb and flow, are key to shooting plankton," he shared. "It's still trial and error," he said.

Timing is a big challenge: "I often have only seconds or minutes to photograph my subjects." "When I chase the plankton I have to be careful not to go too quickly from deeper water to the surface as there is the risk of decompression sickness," he said.

He still spends a lot of time in the water to capture his photos, regularly going on five-hour dives during the day, and two-hour dives at night, multiple days in a row. "There are so many plankton in the ocean that have yet to be discovered and documented," he said. 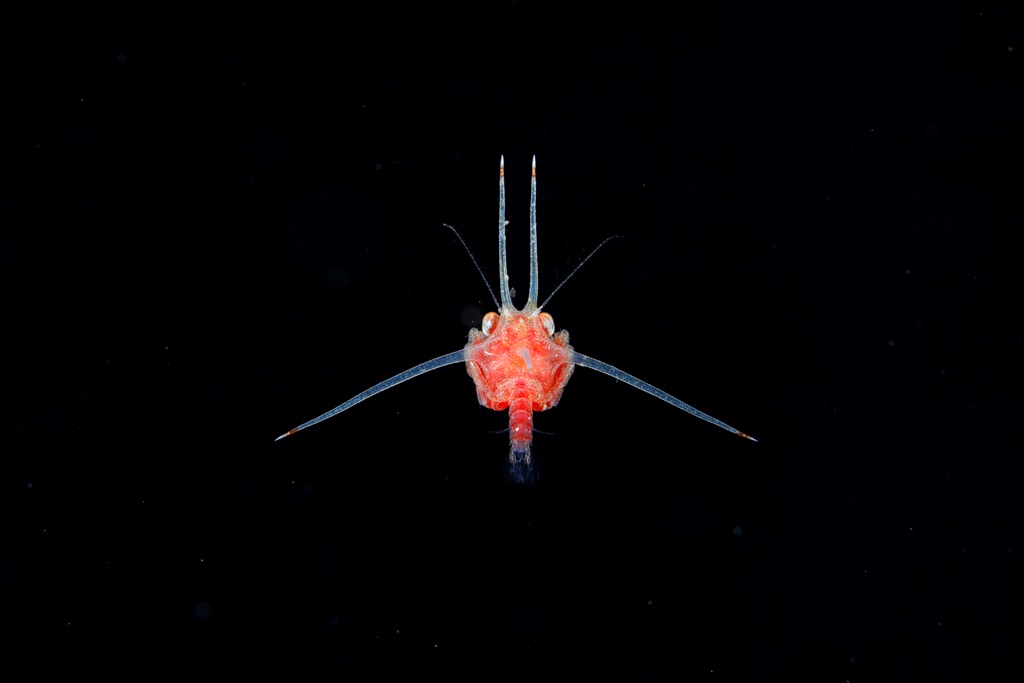 But the results of his hard work speak for themselves: who knew that plankton was so beautiful? He recently wrapped up an exhibition in Japan called "Jewels In the Night Sea," featuring 40 of his photographs.

"Through my work, I also wish to raise awareness of the pressing issue that our oceans and seas are becoming increasingly polluted with plastics," he said. "Planktons normally use jellyfish for floating like boats. But now I often see plankton floating on pieces of plastic. Plastic pollution is killing plankton," he explained.

Either way, his photos really put plankton in a whole new light.