A controversial hot pink "emoji house" in Manhattan Beach, southern California is up for sale for the princely sum of $1,749,000 (R26 million).

The home sparked headlines across the world after its owner painted the exterior a vibrant shade of pink with two huge emoji faces on the walls, as Easy Reader News first reported.

Although Kathryn Kidd claims the paint job was designed "to send a message to be happy," her neighbors saw it as an "F-U to the rest of the street" after they reported her for illegally renting the two-floor duplex out on Airbnb.

Now, Kidd has put the property up for sale.

Just a block from the beach, the house, built in 1931, is in a desireable location and has five parking spaces, according to the listing.

Despite the gaudy exterior, the photos of the interior of the home show tasteful decor, hardwood flooring, and slick stainless steel appliances.

After the house became something of an online sensation, tourists started visiting the street to see it and take photos, which duly annoyed the neighbours even more, according to the LA Times.

It's even listed as a tourist attraction on Google. The house is listed as a tourist attraction on Google Maps.
Google Maps

According to local broker Dave Fratello at MB Confidential, a couple of neighbors have already enquired about purchasing the property, perhaps with the intention of reverting it to its previous outer appearance, an unoffensive greige. 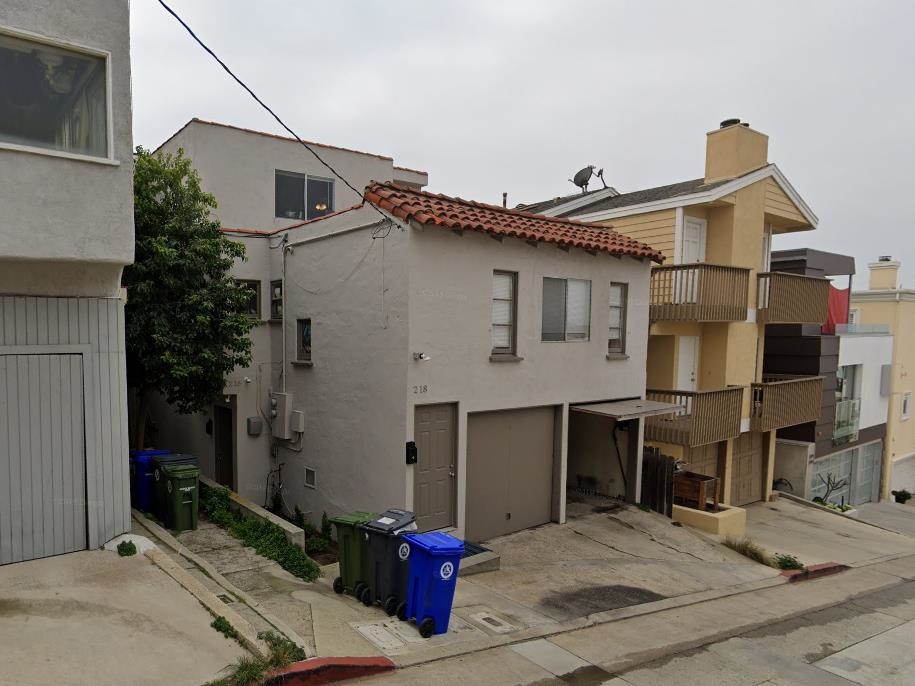 The pink emoji house before its makeover.
Google Maps

However, despite some outrage after the house was first painted - one neighbor told Easy Reader News it was "heartbreaking" - apparently not all local residents find the house offensive, Fratello explained.

"It's funny to me that it bothers everyone so much," one neighbor reportedly told MB Confidential. "It actually adds character even though it's a bit ridiculous."

Whether the buyer decides to repaint the house or leave it as a local landmark remains to be seen, but it's likely Kidd will pocket a decent sum thanks to what has essentially been a huge, free marketing campaign, Fratello points out.