A man reportedly left a valuable Picasso vase worth R55 000 on a train, and no one can find it The man was reportedly traveling between the German cities of Kassel and Dusseldorf.
NurPhoto/Getty Images

On February 15, a man boarded a train in Germany while carrying a valuable vase designed by Pablo Picasso only to leave without it, according to a CNN report.

The 76-year-old man reportedly stored the 25cm-tall vase inside a large shopping bag while travelling from the city of Kassel to Dusseldorf. According to CNN, when the man switched trains during his journey, he accidentally left the bag, with the vase inside, on the floor.

The vase, said to have been made by Picasso in 1953 as part of his "Owl" series of sketches, paintings, and ceramics, is worth at least R155 000, according to German police cited by CNN.

The man reportedly notified the train's crew immediately, prompting a police search for the missing vase. 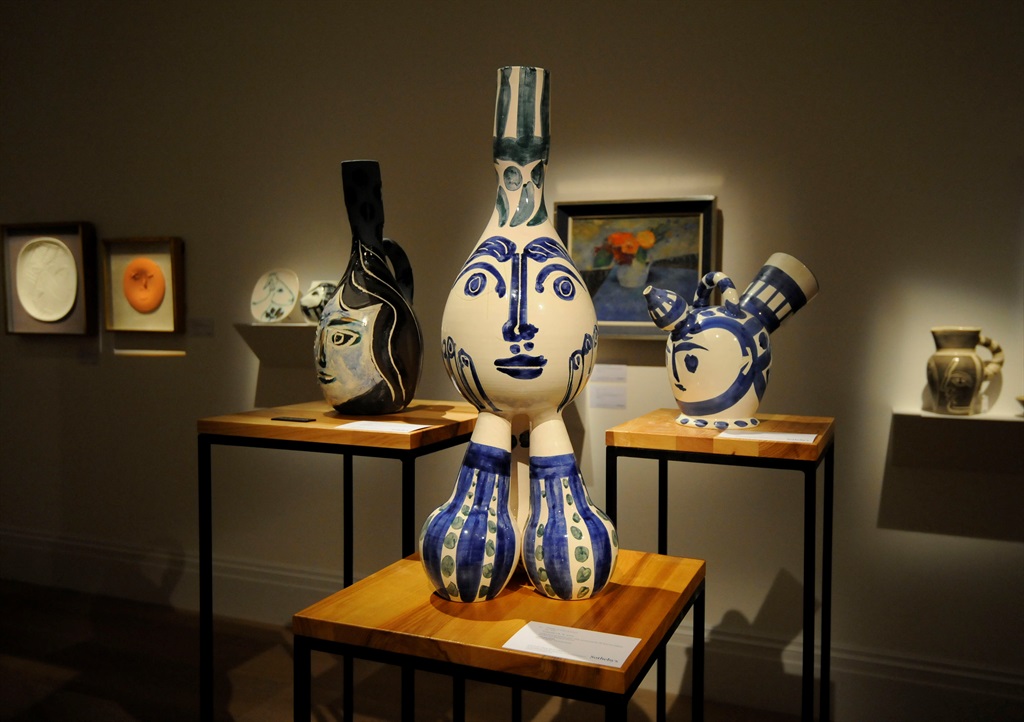 A Picasso vase. The vase that is reportedly missing (not pictured) was designed by the artist in 1953.
Kirsty O'Connor - PA Images/Getty Images

According to CNN, after a search was conducted, police said that the vase was missing and likely stolen by an "unknown culprit." Police also described the incident as a moment of "monumental forgetfulness".

Picasso made the vase while in the South of France at the Madoura ceramics studio, according to CNN, which pointed out that a different piece from his "Owl" collection sold for R241 000 at a 2016 auction in Cologne.

In 1985, a Willem de Kooning painting called "Woman-Ochre" was stolen from the Arizona Museum of Art in Tucson. In 2015, a curator of the museum told NPR that the art was stolen by a couple who teamed up to distract a guard and remove the painting. Because the museum had no security cameras at the time, and no fingerprints were found, the case went unsolved for 31 years.

The painting was eventually found in 2017 in the bedroom of Jerry and Rita Alter, a couple living in New Mexico, after they both died; Rita died in 2017, and Jerry in 2012. The Washington Post reported at the time that the painting could only be seen once the couple's bedroom door was closed. According to a 2018 report from The Arizona Republic, the painting is said to be worth over R1,4 billion.

While it still hasn't been confirmed whether or not the Alters stole the painting, evidence found last year placed the couple closer to the crime. Ron Roseman, the Alters' nephew, shared an old photo with The Arizona Republic showing his aunt and uncle at a Thanksgiving gathering in Tucson, the day before the painting disappeared.

Similarly, sketches of the suspected thieves are said to match the Alters' profiles, and witnesses who saw the suspects' car described it as being a rust color. Roseman told The Arizona Republic that the Alters drove a red sports car at the time.