Seventy two years after launching the iconic Vespa scooter, Italian motor vehicle company Piaggio has unveiled its latest creation: A robot designed to help you get around without a car at all.

Piaggio Fast Forward, Piaggio's American sibling established in 2015, has been testing the Gita, a 0.6m-high, two-wheeled mobile carrying robot, out of its Boston offices for a while now. The company has not yet disclosed a price, but it could start popping up in businesses and construction sites as soon as early 2019.

The company's hope with them is to encourage walking, by eliminating the need for people to need their cars to lug stuff around. The company's motto is "autonomy for humans" — in other words, creating autonomous products in the service of humans, not replacing them.

In that sense, the robot is more like "Star Wars'" heroic, helpful BB-8 droid than a super-intelligent robot butler.

Take a look at how it works, below.

Meet Gita (pronounced jee-tah.) Named after the Italian word for 'trip' or 'outing,' this robot sidekick is being designed with the intention of making it easier for people to lug their stuff around. A compartment within the Gita can hold 0.03m² of cargo, with a maximum weight of 20kg. That's roughly the size of a case of wine, a loaded backpack, or two stuffed grocery bags. It can keep pace with you and has a zero turning radius, meaning corners or other tricky swivels don't pose a problem to the little guy. Gita's embedded sensors know to follow its paired human, as well as how to stay out of other people's way. Once Gita learns a route, though, it can theoretically also memorise it and can take the trip unaccompanied. So if you lead the robot once from your apartment to the pizza joint around the block, it'll know how to get back without you. Think of the possibilities. 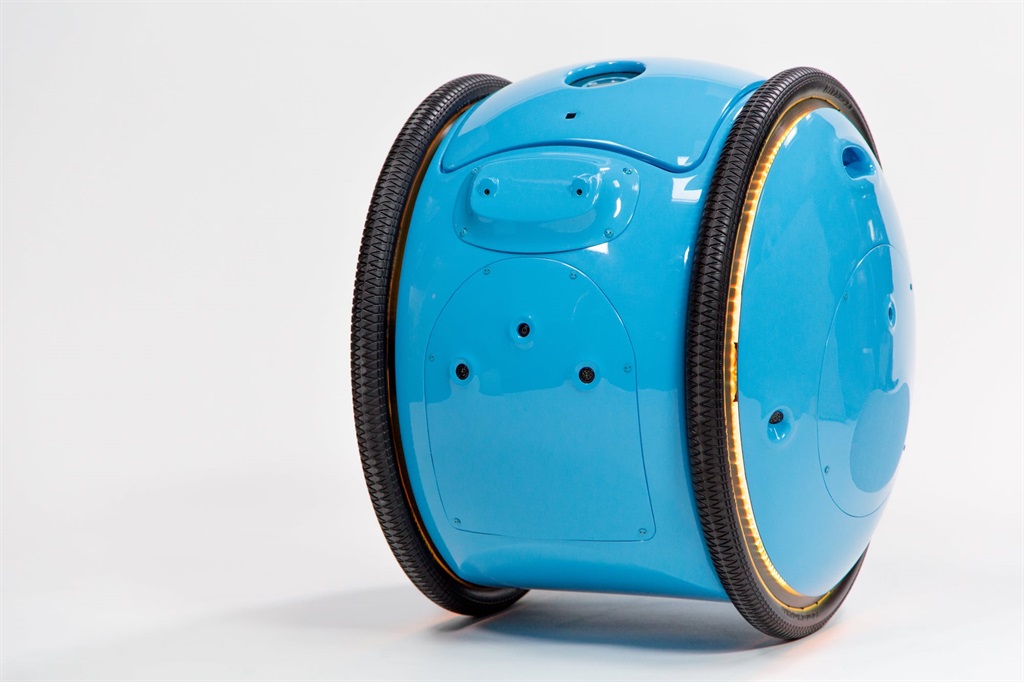 Piaggio Fast Forward plans to offer the Gita to businesses first sometime this year to help with transporting supplies around construction sites and factories. Seeing them trailing behind fast-walking commuters on sidewalks could become a reality soon after.