China just completed work on the emergency hospital it set up to tackle the Wuhan coronavirus, and it took just 8 days to do it 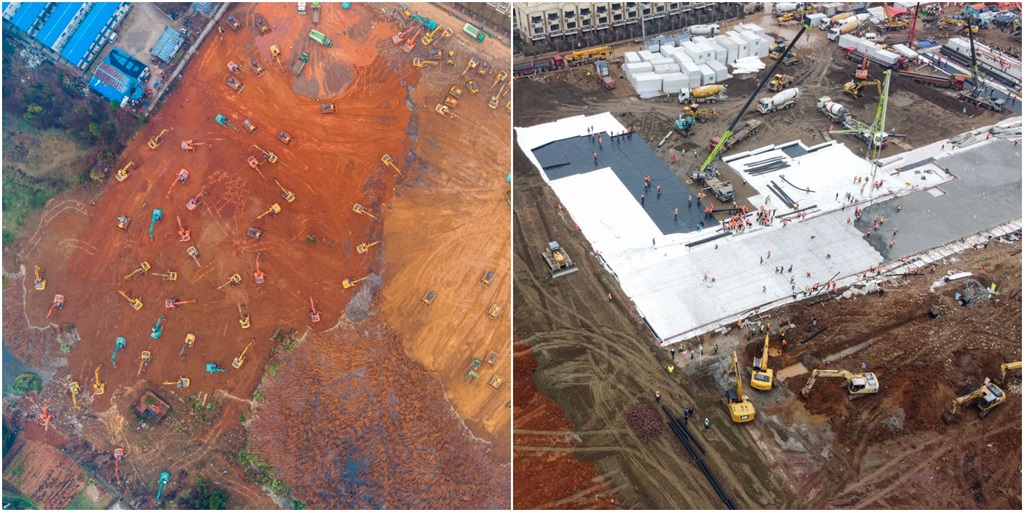 A before-and-in-progress image of the Huoshenshan Hospital in Wuhan, China.

China has completed work on an emergency 1,000-bed hospital, set up specifically to battle the Wuhan coronavirus.

Work began on Huoshenshan Hospital on January 23, and was competed on Sunday morning, according to Chinese state media China Global Television Network (CGTN.)

The hospital has now been passed into the control of medical staff, and will admit patients from Monday, the Global Times wrote on Twitter.

More than 300 people have died from the virus since it broke out in early December. Several Chinese cities, including Wuhan, are on lockdown and have been quarantined. 14,380 people have tested positive for the virus across 24 countries, but only one death has been registered outside China, reported in the Philippines on Sunday.

It has a capacity of 1,600 beds, and is expected to open on Wednesday, according to CGTN.