Virgin Galactic unveiled the luxurious lounge where tourists will spend time before their R3.5m trips into space Virgin Galactic unveiled the luxurious lounge area where those paying the company to send them into space will spend time before and after their trips, which will cost $250,000 (R3,5 million) for a 90-minute flight.

The "Gateway to Space," part of Virgin Galactic's Spaceport America in New Mexico, is "now operationally functional," the company said on Thursday, though its commercial flights to space have not yet started.

The company shared images of two floors of the building, which are filled with both spaces for technical operations and "communal spaces designed for use in the future by Virgin Galactic customers, along with their friends and families."

The first floor is called Gaia - the Greek name for Mother Earth - and "serves as the social hub of the building, where everyone is part of the Virgin Galactic family."

"Future Astronauts will share breakfast with spaceship pilots, grab coffee with rocket engineers and pass the time of day with the team from Mission Control," Virgin Galactic said. 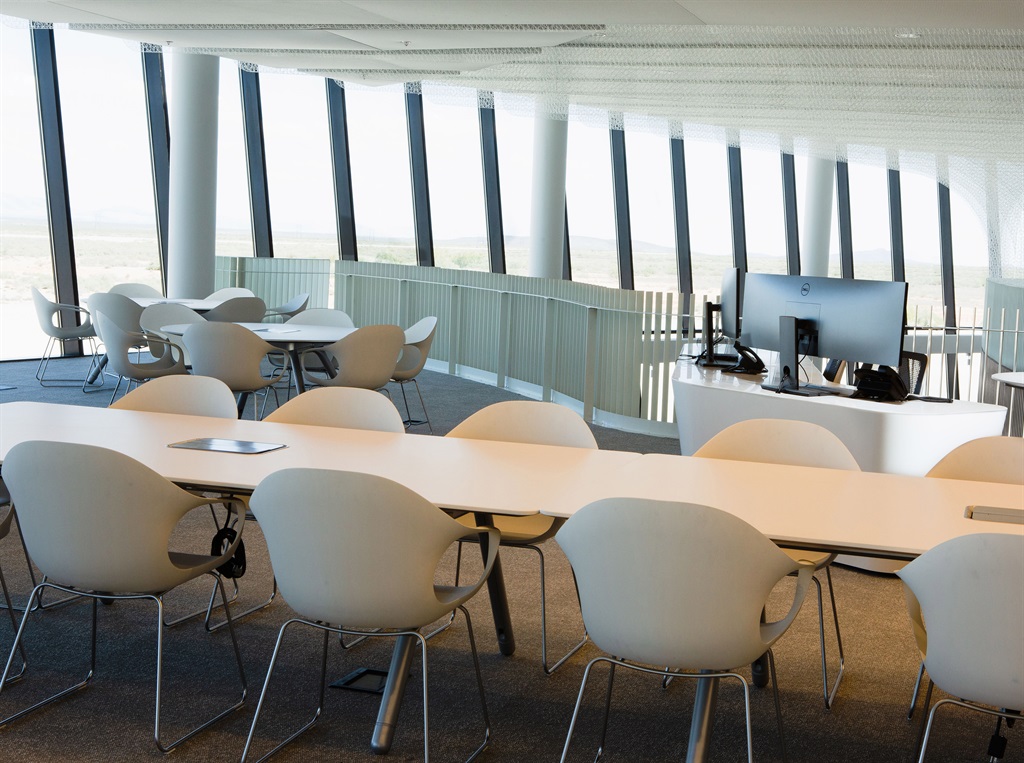 The flight operations on the Cirrus level.
Virgin Galactic

The Gaia area includes "Barista Island" with an Italian marble bar that Virgin Atlantic said "will help to foster that sense of camaraderie and the determination to deliver each Future Astronauts' personal mission."

Virgin Galactic claims the whole facility was designed to let it create an "unparalleled experience as its customers prepare for journeys of a lifetime before graduating as astronauts."

The company CEO's Richard Branson told CNN in May that he wants to boost New Mexico's economy by using the spaceport for tourism. An interactive walkway at the spaceport.
Virgin Galactic

"We're not just talking about the people we're sending into space," he said, noting their family and friends would also be there.

"There'll be flight training inside the spaceport, and there'll be places to eat for their families, hot air ballooning, fishing and mountain bike riding, etc etc. That's something that we'll be organizing."

Branson is racing against billionaires Elon Musk and Jeff Bezos to send tourists into space. Virgin Galactic said that is expects to start bringing customers to space in the first half of 2020, CNN reported.

More than 600 people had paid or put down deposits to go into space with Virgin Atlantic as of February. Virgin's flights will go high enough to enter space but not orbit earth.