The smoke covered Sydney city Opera House and Harbour Bridge are seen as a man takes a picture at Mrs Macquarie's Chair on Sydney Harbour on November 19, 2019 in Sydney, Australia. NSW remains under severe or very high fire danger warnings as more than 50 fires continue to burn across the state. Six lives and 530 homes have been lost since NSW bushfire season hit, with more than 420 homes destroyed in the past fortnight alone. )
Mark Kolbe/Getty Images

Australia's most populated city was covered with a thick blanket of smoke on Tuesday as bushfires in nearby regions continue to cause devastating damage to Australian communities and wildlife.

A series of major wildfires have hit Australia's eastern coastal states of New South Wales and Queensland. As of 4 p.m. local time on Tuesday, there were several major bushfires burning in New South Wales, the nearest one in Gosper's Mountain located some 200 kilometres from Sydney.

According to the New South Wales air quality control index, areas in Sydney's north-west and east reported "hazardous" levels of pollutants in the air. The government warned that conditions would be "unhealthy for sensitive people, and could cause symptoms, especially in people with heart or lung disease".

The heavy smoke made Sydney the 12th worst city in the world for air quality, behind global hubs with notoriously bad air quality like Delhi, Mumbai, and Mongolia's capital of Ulaanbaatar.

According to the Australian Government Bureau of Meteorology, in addition to the smokey haze, Sydney was also experiencing a heatwave with temperatures soaring to 34 degrees Celsius.

Sydney is home to around 5 million people, equal to roughly one-fifth of the country's population of 25 million.

Here are 13 pictures that show Sydney under siege as fires continue to rage in the distance.

The entire Sydney skyline was clouded by smoke on Tuesday. 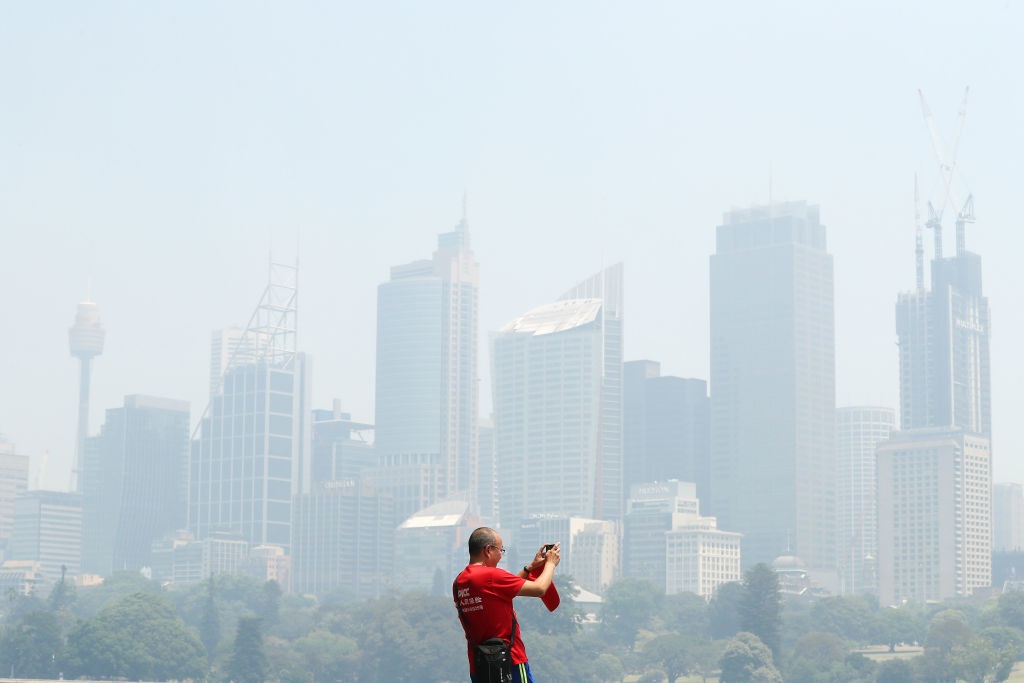 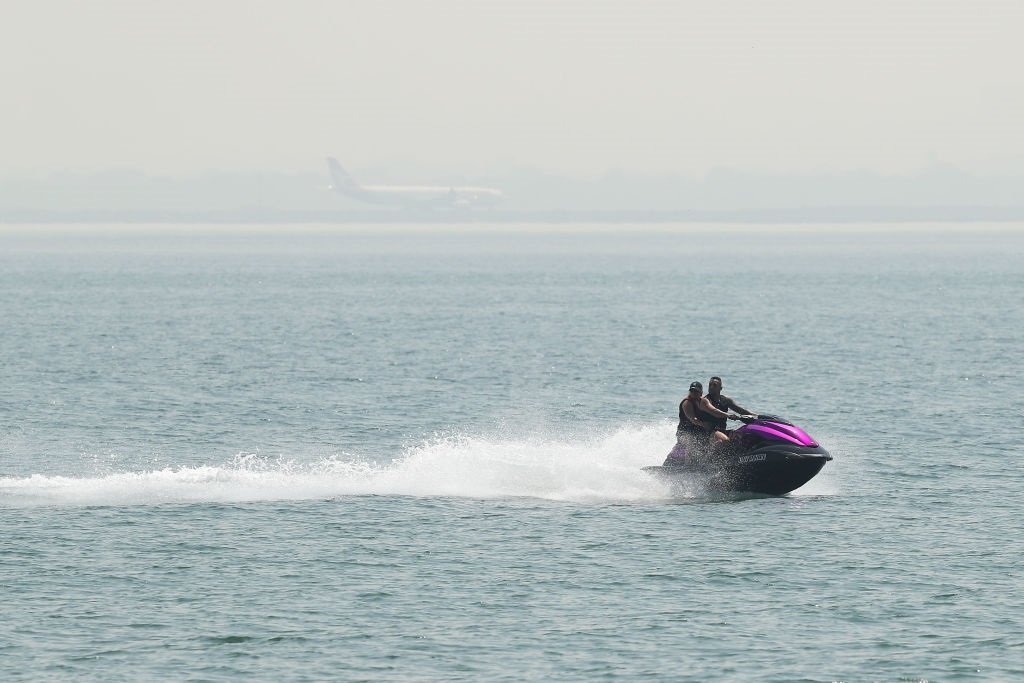 In Sydney's Central area, tall skyscrapers were barely visible in the distance. The sprawling city skyline was dark and gloomy. More than 420 homes have been destroyed in the past two weeks alone. The New South Wales Rural Fire Service warned that the smoke is "likely to hang around for the next few days." Scientists have said that Australia's fire season is beginning earlier and becoming more extreme as a result of climate change.

Still, Australian officials have been quiet on the links between climate change and bushfires that are intensifying as Australia approaches summer. Smoke could be seen from planes flying in from interstate.

Flying to Adelaide from Sydney the white is not clouds, but smoke from the enormous bushfire front pic.twitter.com/cDQjIa3XoV

Some social media users were surprised that a fire 200 kilometers away caused so much smoke.

This is the smoke over Sydney this morning. I drove over the Harbour Bridge to work and you could barely see from one side to the other. This is from a fire 200+km away. It's not even summer. #NSWBushfires #ClimateEmergency pic.twitter.com/ME0yTQsomr

Six people have been killed by the bushfires which officials called "unprecedented."

View from above of the smoke across Sydney on Tuesday morning #bushfires pic.twitter.com/0O8JHDcT87

Related Links
A bar in Dubai is going viral for offering women free drinks based on how much they weigh
Take look inside Alibaba's high-tech 'hotel of the future,' which is run almost entirely by robots
A teen will spend 3 months in prison after stealing a lemur from a US zoo, stuffing him in a...
Next on Business Insider
Olivia Newton-John, singer and 'Grease' star, dead at 73