The shimmering interior of the Tashkent subway system.
Advantour.com

The subway system in Uzbekistan's capital city is one of the world's most beautiful metro systems, but it was illegal to photograph until late last year.

Tashkent's subway system was designated as a nuclear bomb shelter, and it was considered too strategically important for photos of it to be shared widely.

But with the ban newly lifted, we can see inside the system filled with art, sculpture, and vibrant colors as it serves the city's 2.4 million people

It's filled with chandeliers, marble, and art that celebrates everything from the Soviet Union's role in space exploration to Uzbekistan's modern industries.

The subway system is the oldest in central Asia. It opened in 1977, when Uzbekistan was part of the Soviet Union. It has three lines, and its 29 stations are decorated in different stunning styles. Some of the stations have geometric patterns, while others are in a more Soviet style. Many use marble, glass, granite, and ceramics to create their striking interiors. And many are filled with art, like sculptures and colorful mosaics. Some of that art celebrates Soviet pioneers like Yuri Gagarin, who was the first human to go to outer space. 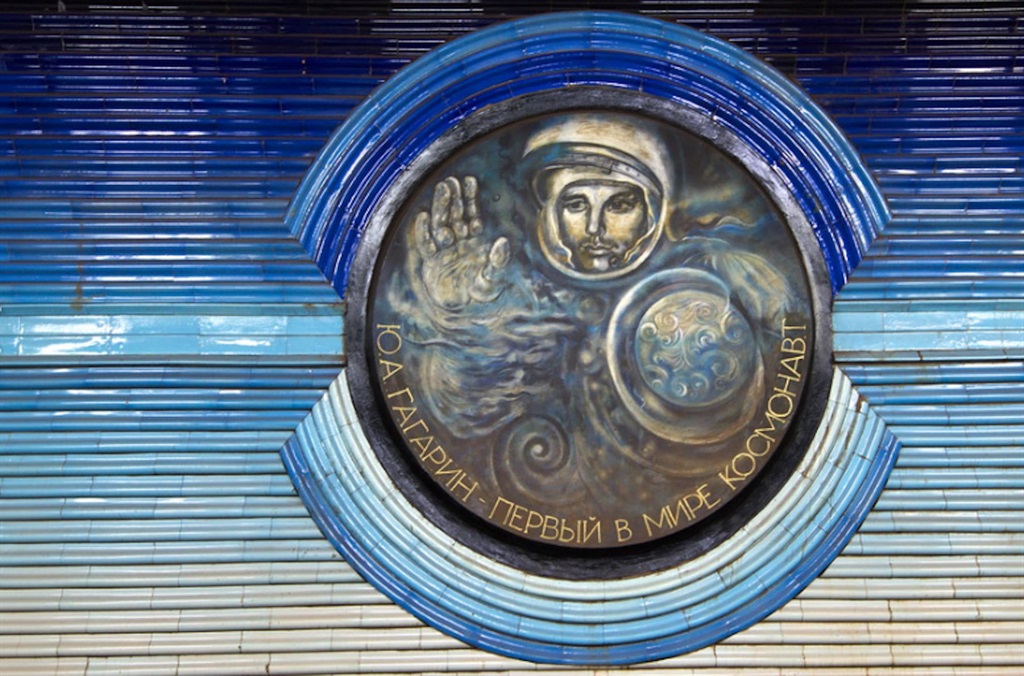 This artwork is in the Kosmonavtlar Station, which translates to Cosmonauts Station. It has a space theme and contains multiple portraits of astronauts, including Valentina Tereshkova, the first woman to fly to space. Lots of the stations have themes. The Pakhtakor Station's columns resemble foliage and it has mosaics of cotton balls in a reference to the country's cotton picking industry. The station entrances are equally beautiful. And the steps to and from the platform are wide enough for large crowds, with artwork above commuters' heads. This sculpture is at Buyuk Ipak Yuli Station, which translates to the "Great Silk Road." Some of the stations are more minimalist in their design, but they still contain intricate details, the the carvings in this huge light fixture.