NASA astronaut Doug Hurley shows his son, Jack, around Launch Complex 39A at Kennedy Space Center on May 26, 2020.
Sam Friedman/SpaceX

SpaceX launched NASA astronauts into space for the first time on Saturday - the company's first human passengers and the first time people have ever flown a commercially developed spaceship.

This mission was the product of NASA's Commercial Crew program, a partnership between the space agency and two private companies (Boeing is the other) to build spaceships that can ferry astronauts to and from the International Space Station. It was the first time the US launch its own astronauts from American soil since 2011.

"It's great to get the United States back in the crewed launch business," Hurley said at a press briefing from the ISS on Monday. "We're just really glad to be on board this magnificent complex."

These are the best photos from the mission so far.

Hurley and Behnken pulled up to the launch site for their first launch attempt on Wednesday in a Tesla. Hurley's wife, Karen Nyberg (who is also an astronaut), and their son waved to him from outside the car window. Hurley and Behnken were all smiles leading up to the launch — a mission they'd been training for years. You can watch here.

Cameras inside the Crew Dragon spaceship showed Behnken and Hurley strapped into their seats, preparing for launch. The capsule is controlled via touchscreen. The touchscreen took "a little more time to get used to that way of flying a vehicle, certainly, but it wasn't anything that became completely objectionable or was extremely difficult to do," Hurley said during a news conference on May 20.

SpaceX's new spacesuits have touchscreen-compatible gloves and were designed to plug into the capsule's seats.

But storm clouds gathered around the launch pad on Wednesday, and just 17 minutes before the scheduled liftoff, NASA engineers decided to scrub the launch.

Weather conditions, including thunderstorm clouds and a threat of lightning strikes, threatened the safety of the vehicle and astronauts inside. The timing of the launch couldn't be changed, since the rocket must lift off 35 minutes after fueling begins and align perfectly with the location of the space station to minimize fuel use.

On Saturday, Behnken and Hurley got ready once again, strapping into the Crew Dragon. Approximately 300,000 people gathered nearby to watch the historic launch.

Space.com estimated that about 150,000 people gathered to watch, and Florida Today estimated that the crowd on Saturday was double that from Wednesday.

But the full mission would not be declared a success until NASA astronauts Bob Behnken and Doug Hurley reached orbit, about 12 minutes after liftoff. Blastoff came at 3:22 p.m. ET on Saturday. The Crew Dragon spacecraft, later named "Endeavor" in an ode to the final space shuttle, flew atop one of SpaceX's Falcon 9 rockets. That was the start of their 19-hour flight to the space station. After 19 hours of flying through space, the Crew Dragon approached the ISS. 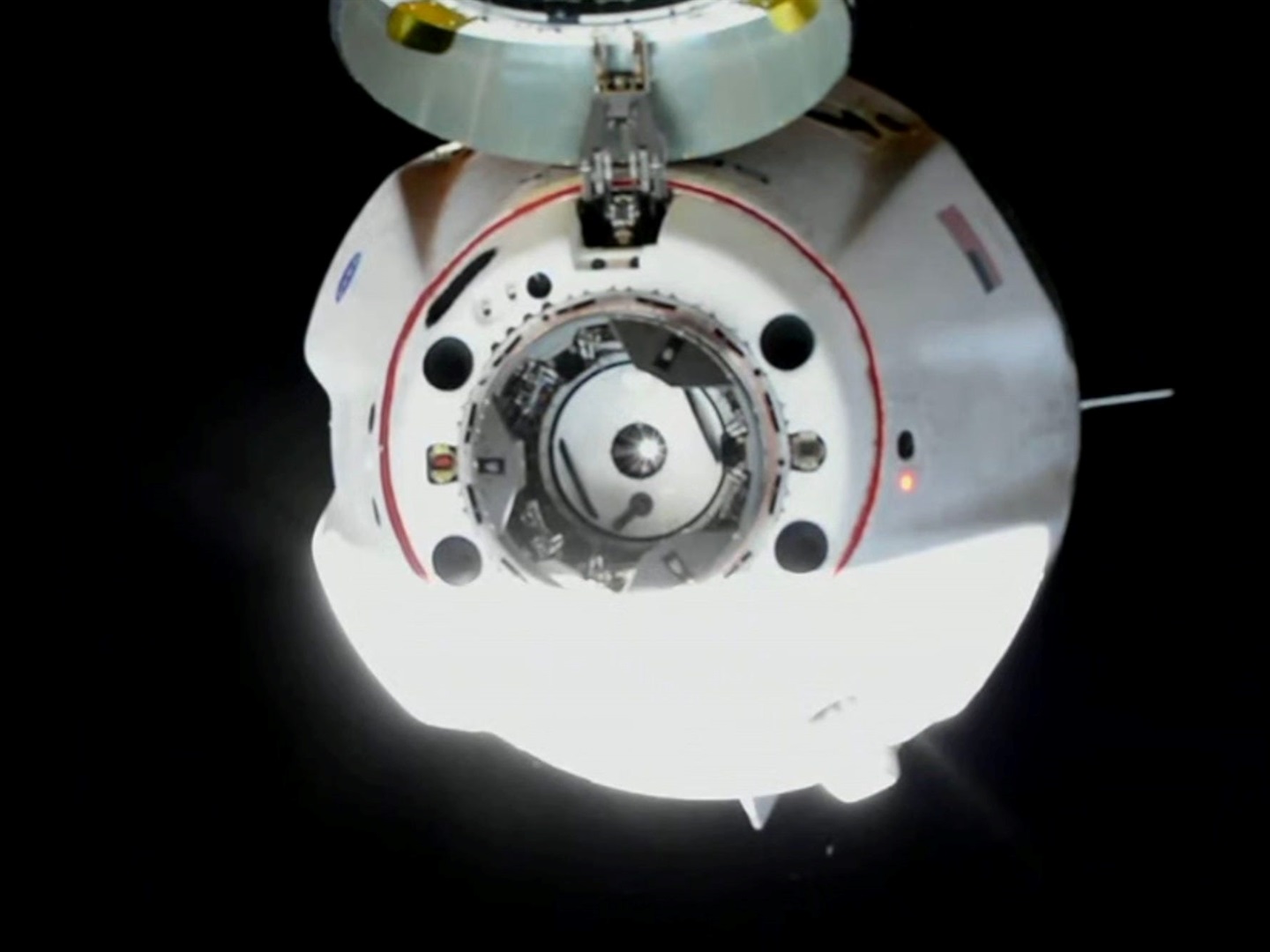 The ISS's robotic arm connected with the ship at 10:16 a.m. ET, while flying over northern China and Mongolia. "It's been a real honor to be a super-small part of this nine-year endeavor, since the last time a United States spaceship has docked with the International Space Station," Hurley said shortly after docking. "We have to congratulate the men and women of SpaceX at Hawthorne, McGregor, and at Kennedy Space Center. Their incredible efforts over the last several years to make this possible cannot go overstated."

Behnken and Hurley's mission isn't over yet, though - they'll now spend one to four months on the International Space Station, then return to Earth on the Crew Dragon.