The Ukrainian defence ministry has shared images of the aftermath of a battle that it says left dozens of Russian armoured vehicles that had attempted to cross the Siverskyi Donets River in eastern Ukraine by way of pontoon bridges destroyed or disabled.

A collection of Ukrainian military photos posted on social media appeared to show not only destroyed pontoon bridges but also damaged or destroyed tanks and other armored vehicles on both sides of the river.

Drone images of the battle, which took place over the weekend, show nearly three dozen broken vehicles, according to multiple reports. A tweet from the Ukrainian defence ministry said that the "artillerymen of the 17th tank brigade of the #UAarmy have opened the holiday season for ruscists," adding that "some bathed in the Siverskyi Donets River, and some were burned by the May sun."

Artillerymen of the 17th tank brigade of the #UAarmy have opened the holiday season for ruscists. Some bathed in the Siverskyi Donets River, and some were burned by the May sun. pic.twitter.com/QsRsXmnJ65

In a separate social media post, the Ukrainian military's strategic communications directorate said the army had "destroyed all attempts by the Russian occupiers to cross" the river.

Russia has struggled to achieve its objectives in Ukraine since it invaded Feb. 24. The Russians have suffered heavy losses, including thousands of troops and hundreds of tanks and aircraft.

After its forces were stalled outside Ukraine's capital, Kyiv, and ultimately forced to withdraw, Russia had no choice but to change its invasion tactics and focus on Ukraine's eastern region.

The Siverskyi Donets River flows through eastern Ukraine, through the regions of Kharkiv and Luhansk, and the waterway has made it difficult for Russia to gain ground in certain areas of strategic importance. Pontoon bridges take time to erect and cross, and these choke points can leave forces vulnerable to attack. 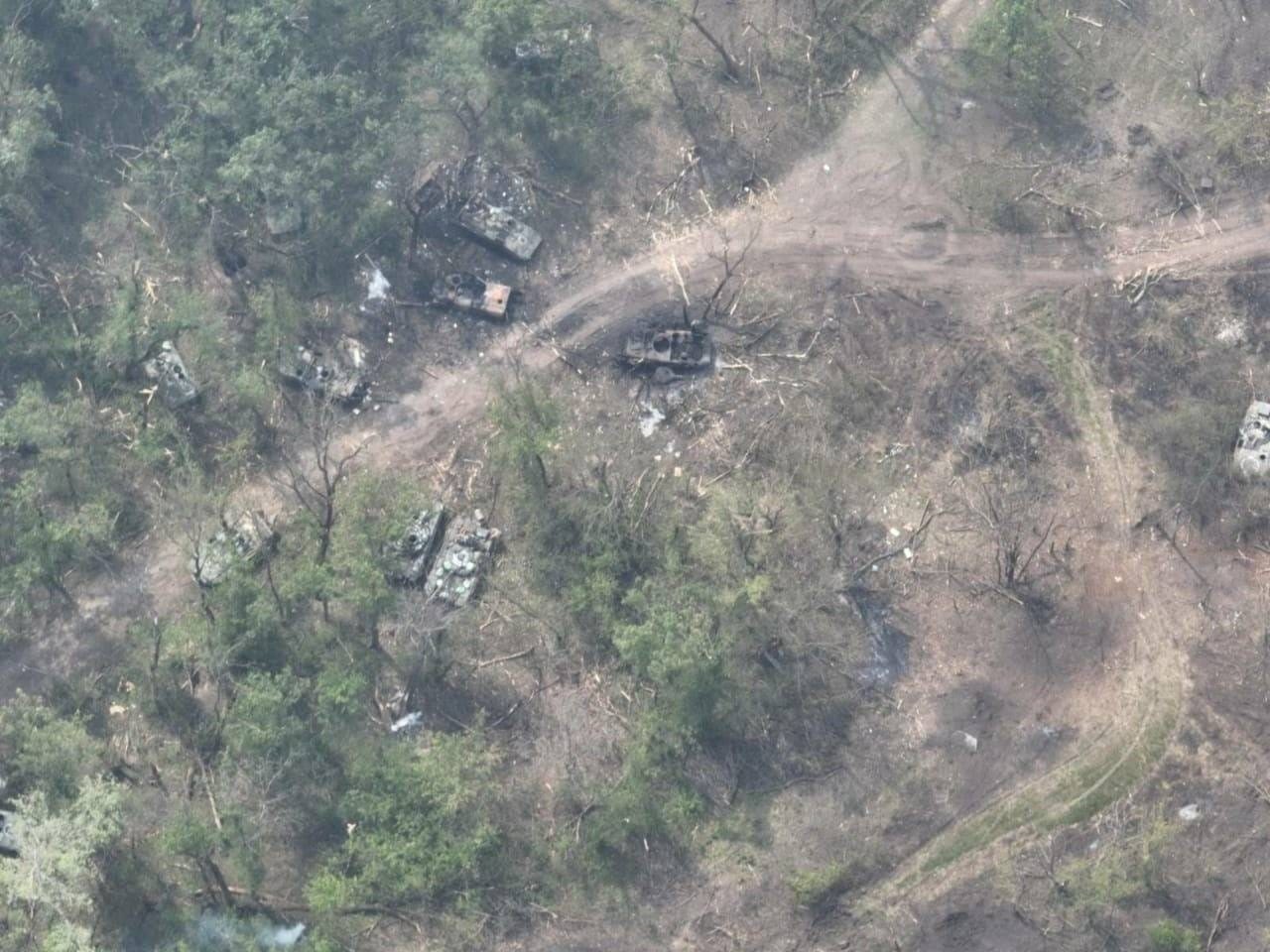 The British defence ministry said on Thursday that Russia was moving units to the eastern bank of the Siversky Donets to "reorganise and replenish its forces following heavy losses."

Once the forces have been replenished, they will likely be used to protect Russia's main forces and supply routes, the ministry said.