Young pupils gather at the courtyard of their Vikåsen school in Trondheim, Norway, after the school reopened on April 27, 2020.
Gorm Kallestad/NTB Scanpix/Getty Images

Some schools in China began reopening in March, though many remain closed. In late January, China instituted a lockdown for the 11 million residents of Wuhan, where the novel coronavirus outbreak originated. Fifteen other cities soon followed, and at its peak, China's quarantine extended to 20 provinces and regions, according to the Wall Street Journal. Due to lockdown measures, some 200 million students transitioned to online learning in February, the Washington Post reported. On March 18, China reported no new local coronavirus cases for the first time since the outbreak and has gradually lifted restrictions in the weeks since.

While schools in nine mainland provinces had reopened for graduating students as of early April, according to the South China Morning Post, UNESCO's data shows that most schools remain closed in larger regions. High school seniors in Beijing, Shanghai, and Guangzhou only just returned to school on April 27 to prepare for their college entrance exams.

BBC reported that China's Ministry of Education is requiring that students have their temperatures checked at school entrances and that they display a "green" code of health via China's smartphone health code program. After learning of the coronavirus outbreak, Taiwan took swift action to contain its spread.

Schools in Japan reopened in early April for the new school year. On February 27, Prime Minister Shinzo Abe urged elementary, middle, and high schools across Japan to close beginning March 2 until the start of the new school year in early April to prevent the spread of the virus.

Abe did not issue specific guidance for universities, most of which were on spring break as they follow a separate semester system.

On March 24, Japan announced that it would not extend its school closure recommendation, leaving the decision of when and whether or not to reopen to local municipalities based on the number of coronavirus cases in the area. The Ministry of Health also released guidelines for school reopening which include opening windows to ventilate classrooms, maintaining physical distance, checking temperatures daily, and wearing face masks.

"The circumstances of each area is different, and it will be much more effective to judge based on the actual ground situation rather than dictating a policy measure nationwide," Education Minister Koichi Hagiuda told the Straits Times.

To date, about 40% of schools have reopened, according to UNESCO.

This could be due in part to the national state of emergency that Abe announced on April 16 following a rise in new infections. The state of emergency gives leaders of Japan's 47 prefectures, or administrative regions, the authority to request school closures and ask residents to stay home. Abe has indicated that he will extend the state of emergency past its May 6 expiration date, Bloomberg reported.

Norway began reopening its kindergartens on April 20, followed by primary schools for children in grades 1 through 4 on April 27. 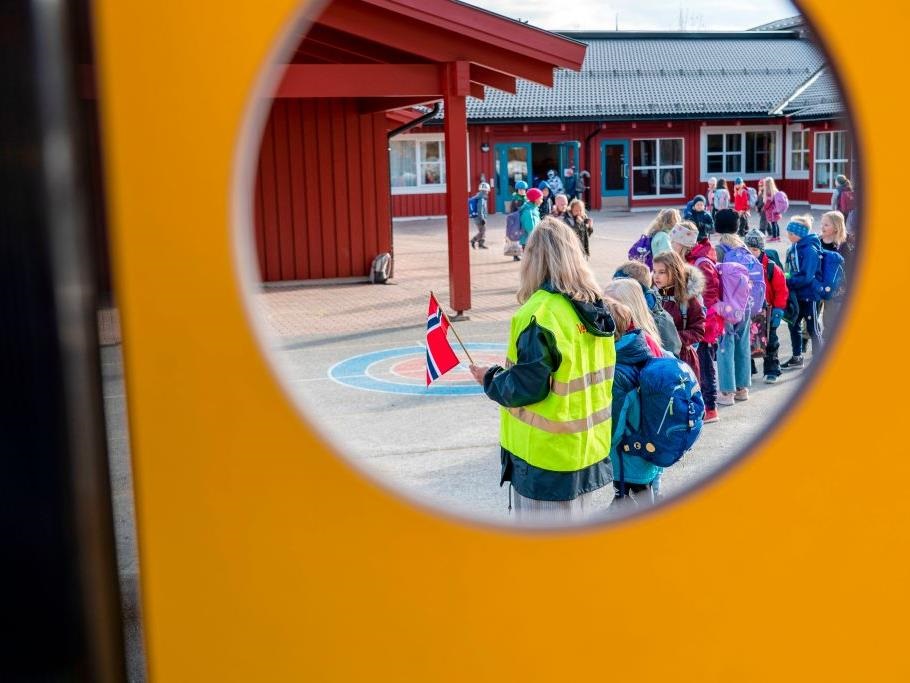 Norway closed schools on March 12 and, like Denmark, has sent its youngest students back to class ahead of older pupils due to a decline in the rate of coronavirus transmission.

"Together we have taken control of the virus, therefore we can open up society little by little," Prime Minister Erna Solberg said during a news conference in early April.

To encourage social distancing, the government has urged schools to divide classes into groups of no more than 15 and have children wash their desks daily, among other precautions. Upper schools and universities remain closed until further notice. Select high schools across Germany reopened earlier this month so that seniors could take their final exams.

Most schools and daycares across Germany's 16 states have been closed since mid-March during which time the country has achieved "fragile intermediate success" in reducing the spread of the virus, Chancellor Angela Merkel said earlier this month.

As part of Germany's plan to gradually lift its lockdown following, Merkel recommended that schools begin the process of reopening on May 4, giving priority to graduating students.

Related Links
These domestic workers can return to work in Level 4
'How do we go back to work without childcare?' No sign of early school opening in Level 4
Covid-19 in South Africa: Here's how you can help
Next on Business Insider
17 ways to calm anxiety and ease your mind