Photos capture how the US is reacting to the coronavirus outbreak Bottles of hand sanitizer sit at each station where election officials have to check each voters identification a polling place in Armstrong Elementary School for the Democratic presidential primary election on Super Tuesday, March 3, 2020 in Herndon, Virginia. The fears of the novel coronavirus, or COVID-19, spreading are on the rise as 1,357 Democratic delegates are at stake as voters cast their ballots in 14 states and American Samoa on what is known as Super Tuesday.
Samuel Corum/Getty Images

The United States has at least 150 cases of the novel coronavirus with 11 reported deaths, and the public response is unfolding in several ways.

Americans have responded to the outbreak by stocking up on supplies like hand sanitiser and masks and preparing in case of a quarantine.

Here are 12 photos that show how the US is reacting to the new outbreak.

Hand sanitiser and cleaning supplies have flown off the shelves all across the US. It wasn't just in stores that products, like hand sanitiser, sold out. Amazon is also selling out of the hygiene product, and some vendors are selling the product for upwards of $100 (about R1,500). While some people have already begun putting themselves in self-isolation, others are stocking up on food in case of a mandatory quarantine. Schools and some businesses, where people who have tested positive for the coronavirus visited, have closed for additional cleaning. Experts think places like nursing homes, schools, and hospitals could be some of the worst hit places by the outbreak. Several of the 11 US deaths were tied to one Washington state nursing home. The Department of Homeland Security in Washington state closed its office for 2 weeks on Tuesday in light of the growing number of cases in the state. In New York, a 50-year-old father infected 9 others including his 22-year-old son who is a student at Yeshiva University. Yeshiva University cancelled classes after he tested positive for the new coronavirus. Public transportation systems like New York City's MTA and King County Metro Transit, in Washington State, have said they will increase the cleaning of subway cars and buses. 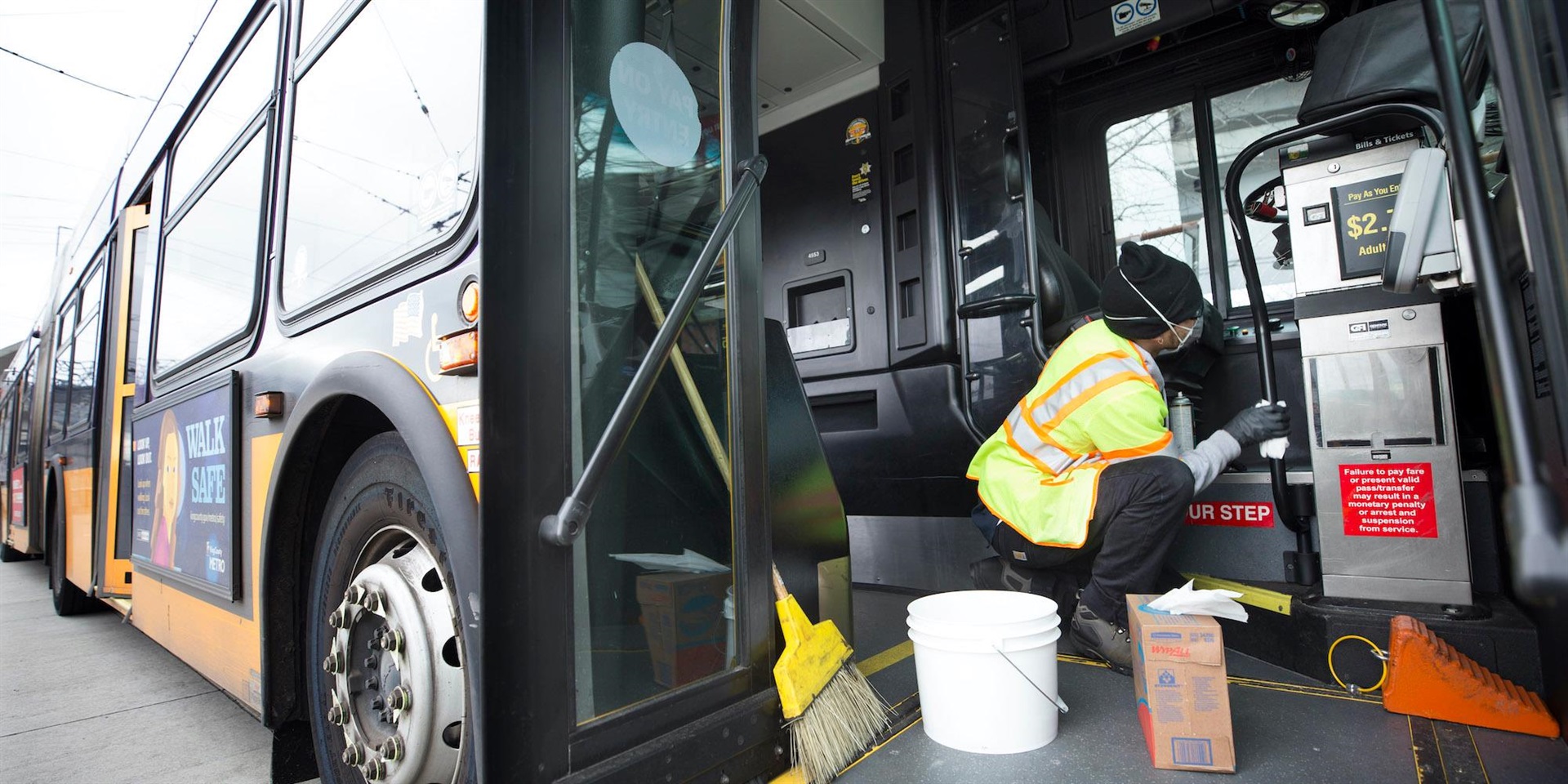 The outbreak is also impacting port businesses including in Oakland, California. the Port of Oakland had 23 ships cancel shipments already, most of them coming from China.