Take a look: how New York is grappling with the Covid-19 outbreak as state deaths toll surpass 1,550 The coronavirus outbreak in the US has hit New York the hardest, and the City that Never Sleeps is unrecognisable. By Tuesday, the state had reported more than 75 000 cases and 1 550 deaths.

To grapple with this surge, Gov. Andrew Cuomo has declared a state of emergency, ramped up testing efforts, built multiple makeshift hospitals, and initiated sweeping measures to keep New Yorkers inside their homes.

These photos reveal what it looks like in New York as authorities scramble to contain the outbreak in one of the nation's most populous states.

New York has become the epicenter of the coronavirus outbreak in the US, causing one of the most densely populate cities in the world to feel eerily empty. But hospitals are a different story. They've become overwhelmed with the number of patients needing intensive care. In just 24 hours, 13 patients died at Elmhurst Hospital in Queens, prompting one medical worker to call the situation "apocalyptic." To relieve this, the the Army Corps of Engineers is building makeshift hospitals around the city. They transformed the Jacob K. Javitz Convention Center in Manhattan into a 1 000-bed hospital that opened to patients on Monday. The US Army Corps of Engineers are also turning the Brooklyn Cruise Terminal, the Aqueduct Racetrack facility in Queens, CUNY Staten Island, and the New York Expo Center in the Bronx into makeshift hospital sites.

New York's Mount Sinai hospital system has reimagined parts of Central Park into a 68-bed emergency field hospital. The site will include "a respiratory care unit with ICU capability" and was expected to be ready for patients on Tuesday. On Monday, a US Navy hospital ship dubbed the USNS Comfort arrived in Manhattan equipped with 1 000 beds, 12 operating rooms, a laboratory, and more than 1 000 Navy officers to relieve overwhelmed hospitals in the city.

The USNS Comfort isn't going to be used to treat coronavirus patients — instead deployed to free up space in New York City hospitals and provide room for patients who need care outside of coronavirus-related illness. 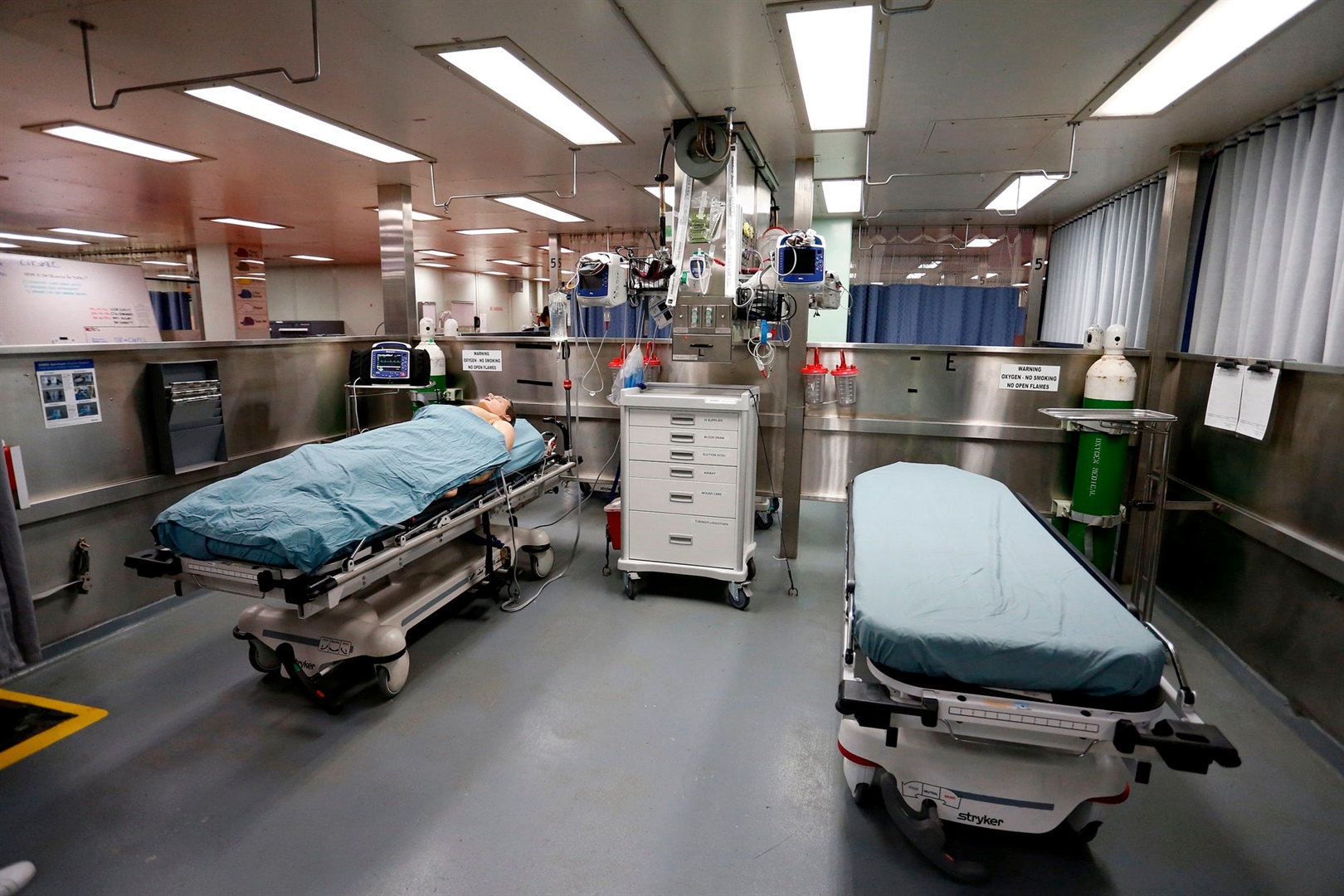 More than 76 000 healthcare workers — many of them already retired — have volunteered to work in New York hospitals as the situation becomes more strained. But healthcare workers are growing anxious as masks and other protective gear remain scarce. At least two nurses in city hospitals have died. On March 29, New York City Mayor Bill de Blasio warned that the city has enough medical supplies to last only one more week, calling on the federal government to deploy more ventilators, masks, and medical personnel. For the first time since 9/11, New York City has set up makeshift morgues outside of hospitals using refrigerated trucks and tents, in preparation for mass coronavirus casualties.

The state has ramped up testing efforts and opened up new drive-thru stations, making it the most aggressive testing state in the country. By Tuesday, the state had tested more than 200,000 people for the disease. One funeral director told Business Insider correspondent Dave Mosher that "no one in the New York City area possibly has enough equipment to care for human remains of this magnitude." One person is dying from the coronavirus roughly every six minutes in New York City. At the current pace, with thousands of new cases and hundreds of new deaths reported each day, the crisis in New York will probably get worse before it gets better.

But there might be hope. The former New York hotspot, New Rochelle, appears to be flattening the curve after a one-mile (1.6 kilometers) radius "containment zone" was issued to close off the area two weeks ago.

The small city located in Westchester County, north of New York City, reported only 38 new cases in the past few days, marking a dramatic decline. This follows the results we saw in China that strict social distancing measures can slow transmission of the virus. 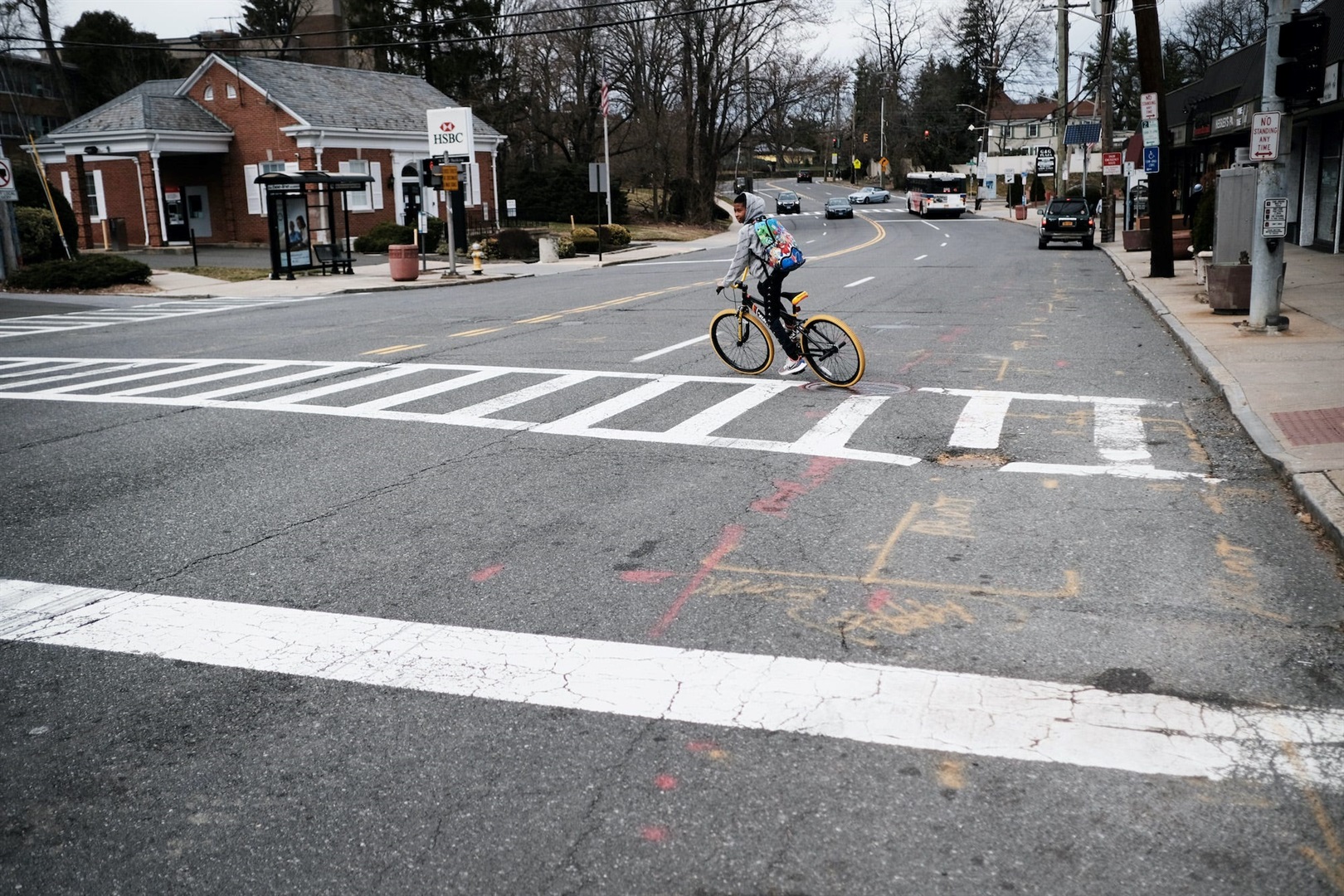 Even Times Square, one of the country's most popular tourist attractions, has become largely abandoned. Where the streets are typically littered with tourists, entertainment, and taxis, this aerial shot shows Times Square without a pedestrian in sight.

A famous Times Square personality, "The Naked Cowboy" stood amid the empty streets, and wore a mask as he waited for tourists on March 18. But stay-at-home orders and travel restrictions have kept foot traffic low. New York City playgrounds, including this one in the vast and sprawling Central Park, have emptied, too. But people have found creative ways to get some fresh air. Some lucky New Yorkers with roof access have used the spaces to work from home. 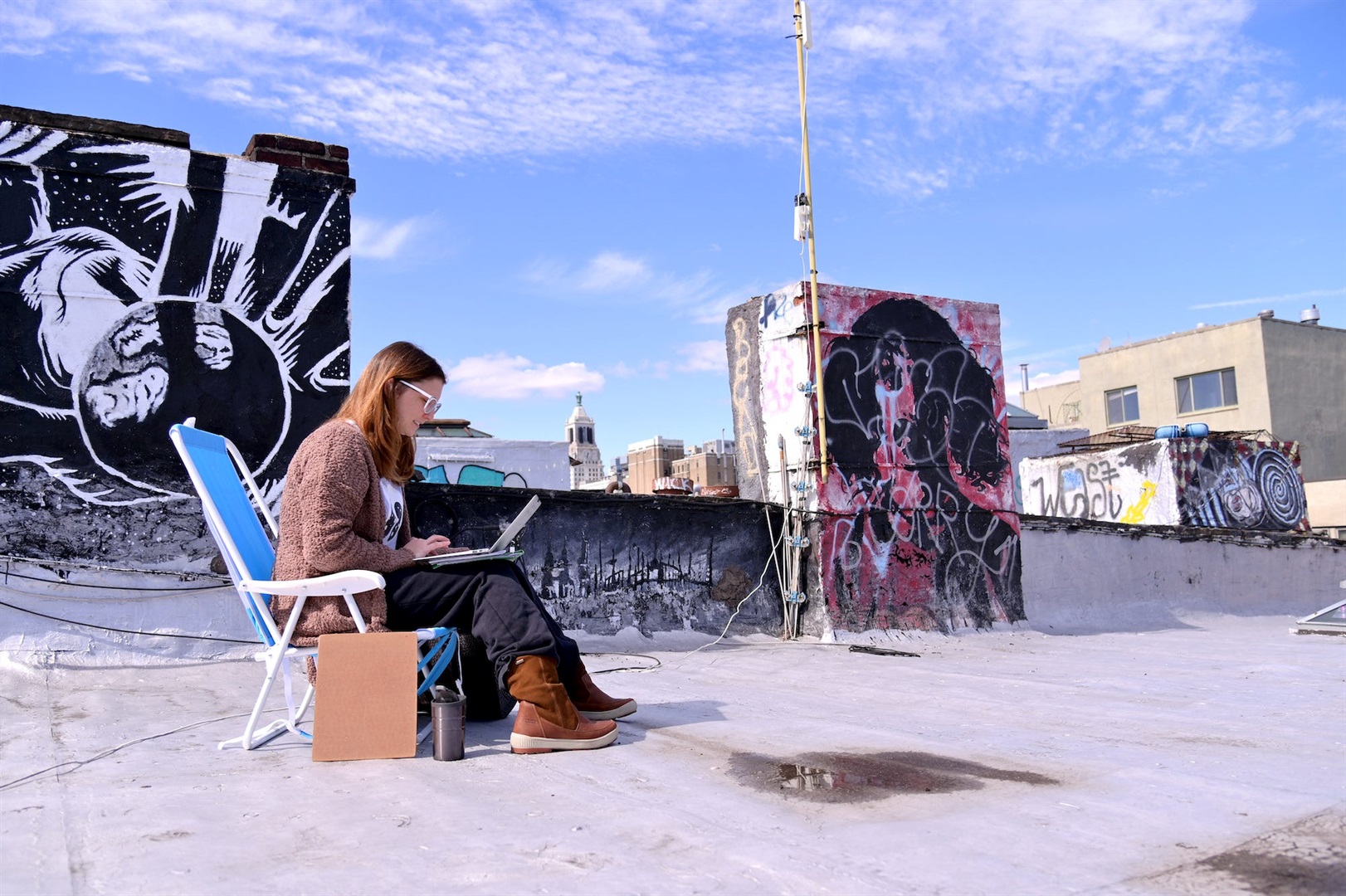 The New York City subway system is still running for essential workers and necessary travel, but many stations have been left looking abandoned.

This mall and transit exit in lower Manhattan is typically bustling with people. As more people are working from home and avoiding nonessential travel, subway stations and cars have become largely empty. Cuomo extended the stay-at-home order for all nonessential workers and schools throughout the state until at least April 15, leaving many bars and restaurants shuttered.

But restaurants are still allowed to offer takeout and delivery. By Tuesday, the US had reported more than 186 000 cases and at least 3 800 deaths. A model the Trump administration is using predicts that even with social distancing efforts, the coronavirus could kill between 100 000 and 240 000 people in the US. Without mitigation, the model predicts up to 2.2 million people could die.