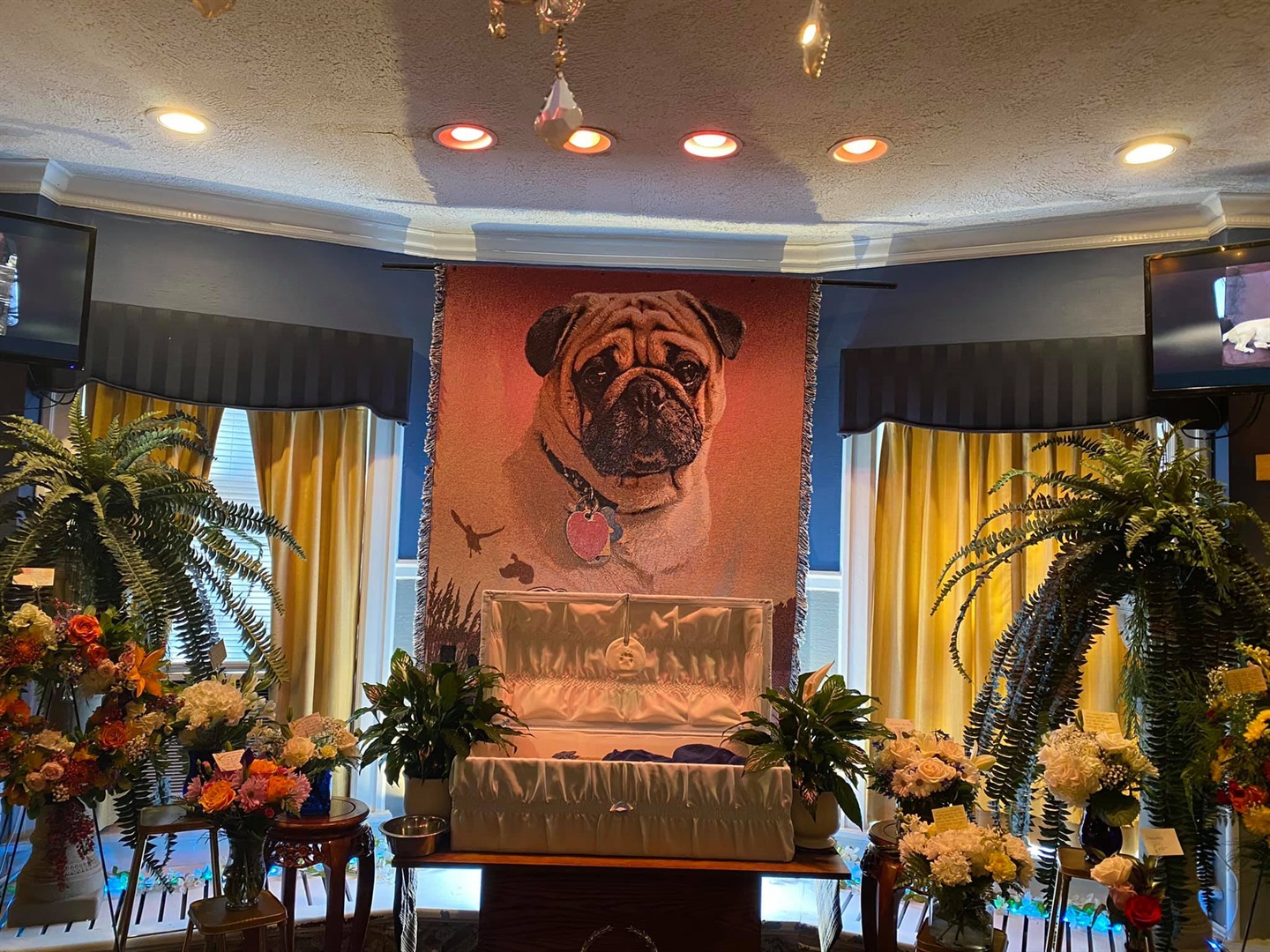 Dexter was remembered at an an open-casket funeral on May 4.
Tim Beville Jr./ Facebook

A Pennsylvania man commemorated his recently deceased pug by throwing an extravagant funeral for his beloved pet.

Tim Beville Jr., a pastor at the Restoration Temple in Allentown, Pennsylvania, organised the elaborate send-off after his 7-year-old dog Dexter died in late April.

The pug passed away from an undisclosed illness after becoming unwell in February, according to an obituary.

The May 4 ceremony included an assortment of flowers, a large embroidered print of Dexter, and an open casket. An assortment of flowers at Dexter's funeral on May 4.
Tim Beville Jr./ Facebook

Dexter was laid in the casket with a blue bow tie, a chew toy, and a fleece blanket. Dexter was laid in a casket with a blue bow tie, a chew toy, and a fleece blanket.
Tim Beville Jr./Facebook

Funeral guests were offered a program, showing a picture of Dexter, and could sign in at the ceremony. Guests could sign-in to the funeral and were offered a small program commemorating Dexter.
Tim Beville Jr./Facebook

Dexter was also commemorated in an obituary.

"From the moment he came home, he slept every night next to me until he got sick in February and for the first time in his life he spent 4 days in the hospital," the obituary said. "When he came home after that he NEVER left my side again." A photo of Dexter from before he died.
Tim Beville Jr./ Facebook

The obituary asks well-wishers to send flowers to the family or plant a tree in his memory.

Dexter was cremated on Wednesday morning at Creekside Pet Crematory in Stroudsburg, Pennsylvania.