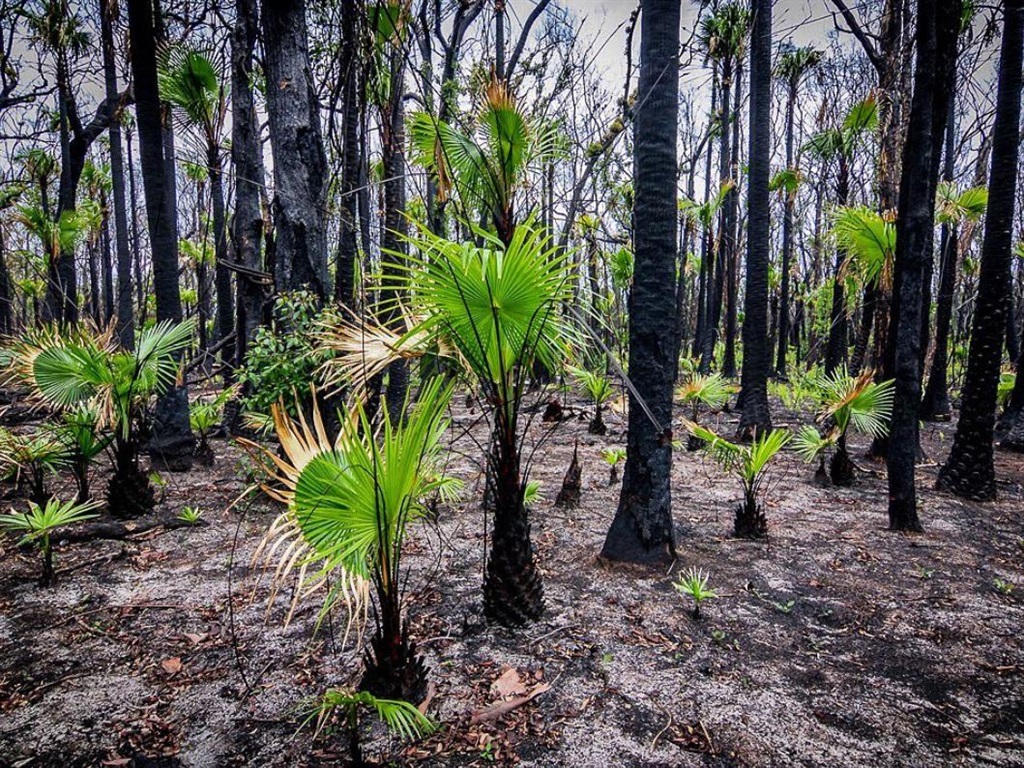 Fueled by a prolonged drought, the wildfires started in Australia in July 2019. Since then, more than 17 million acres of land have burned, 26 human lives have been lost, and about 2,000 homes have been destroyed.

Critically, scientists estimate that nearly one billion animals, some of them found only in Australia, have perished in the fires.

However, through the wreckage, some life has returned to the region. One Instagram user, Cyn Bodycote, was there herself and took photos of the regrowth. She said when she took the photos, she "felt sadness as you think of the wildlife loss, but amazement at the green pops of regrowth in the charred bush."

A scorched grass tree regrows among the ashes in Australia's Blue Mountains. "The communities we've worked with in the Blue Mountains are faced with fire from one direction one week and from the other direction the next," firefighter Brendan Hurley said in an opinion piece for ABC News Australia.

Though the Blue Mountains are still plagued by fires, areas like Blackheath are seeing some recovery. This photo was taken on January 15 outside the home of Australian artist Jenny Kee in Blackheath, which was saved by Rural Fire Service volunteers. She called the regrowth in the area "a miracle."

"I know, you wouldn't believe it until you saw it, but it happens that quickly - like a miracle - because it is a miracle, it's extraordinary," she told the Sydney Morning Herald. "I took a moment just looking, as it is hard to take in," she said.

Grass tree stems sprout from the burned ground in a forest near Sydney, New South Wales. Grass trees (Xanthorrhoea) grow easily following wildfires. The plants, which can grow from about 3 feet to nearly 18 feet, grow very slowly, but can also be very long-lived, with some surviving from 350 to 450 years. One of many species only found in Australia, Christmas bells are named for their bell-like shape. They are the subject the 1909 song, "My Little Christmas Belle," by Australian composer Joe Slater.

Broad-leaved drumsticks, which are only found in eastern New South Wales, are equipped to recover from fires. 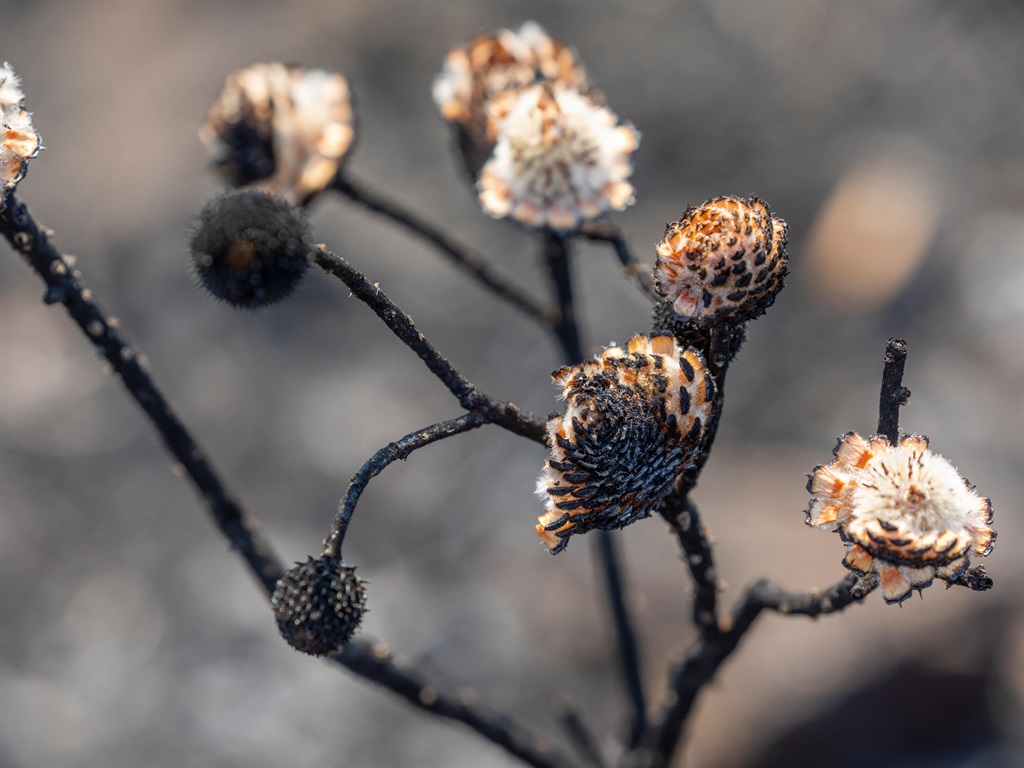 These shrubs are another example of plants that can recover after a bushfire. This is due to something called a lignotuber, which is a woody swelling of the roots that protects the plant stem.

This blackened eucalyptus tree begins to regrow in the Snowy Mountains. There are over 700 species of flowering eucalyptus, though most are native to Australia. Every state and territory in Australia has its own representative species of eucalpytus. The plant has existed for around 50 million years, and it has numerous medicinal benefits like being antiseptic and anti-inflammatory.

An estimated third of the koala population was killed in the bushfires, and those that escaped are now recovering. This koala joey is being rehabilitated at Taronga Zoo in Sydney. His original home was in the Blue Mountains. Though the fires have devastated the koala population, Australian wildlife recovery centers are working to rehabilitate them.

A kangaroo is seen returning to its burned home on Kangaroo Island. The bushfires took hold of Kangaroo Island, Australia's third largest island, on January 4. Sam Mitchell, who runs Kangaroo Island Wildlife Park, stayed with the animals when the fires moved in.

"We decided that if we can't move them we'll see if we can save them. We had the army helping us. Somehow, we were spared. It burnt right around us," he told the BBC.

Wildlife conservationists have been working tirelessly to save Australia's indigenous species. Kangaroos are a symbol of Australia, and they are only found on the continent. Volunteers have been taking care of orphaned kangaroos, no longer able to grow inside their mothers' pouches.

A whiptail wallaby stands with her joey in the devastated Australian outback. Wallabies look like mini kangaroos and are grouped in categories based on where they live. There are shrub wallabies, brush wallabies, and rock wallabies. Australia is helping wildlife like wallabies recover by dropping vegetables from helicopters.

Wildlife centers have been an integral part of the forest recovery. Volunteers like Sarah Price, who works for wildlife rescue group WIRES, are helping to save and rehabilitate animals from the months-long wildfire disaster in Australia.

A rescue crew inspects the burned-out forest near the Cann River, Australia. The government has created a National Bushfire Recovery Fund. With an initial $2 billion (R29 billion), the agency will support rebuilding efforts after the devastating bushfires.