Massive sinkhole in Mexico is on verge of swallowing house after it emerged, expanded over a few hours The sinkhole in Central Mexico.
JOSE CASTANARES/AFP via Getty Images

A 91-metre-wide sinkhole is intruding on farmland in Central Mexico, according to a CNN report, and photos of it show how close it looks to a nearby home.

The hole appeared in Santa María Zacatepec, Puebla, Mexico, on May 29, CNN affiliate Televisa reported, and it measured about 4,6 metres wide before growing over the course of a few hours, Beatriz Manrique, environmental secretary for the Mexico region, told CNN.

The sinkhole is about 20 metres deep and filled with water, Puebla state governor Miguel Barbosa Huerta said at a press conference on May 31, according to CNN. The corner of the home's property is on the edge of the hole.
JOSE CASTANARES/AFP via Getty Images

Huerta said at the press conference that the family living in the nearby house had evacuated the area and that no one has been injured, according to CNN. Huerta also warned that locals to stay away from the scene, CNN reported. Sinkholes appear when the ground beneath the surface can't hold it up anymore, as Insider previously reported. This can happen when rainwater begins to collect within a crack in the ground. It's common in areas with soft rocks, like limestone, that rainwater can easily break down.

Some sinkholes are just a few feet wide while others can do some real damage, from swallowing cars to entire buildings, Insider previously reported. 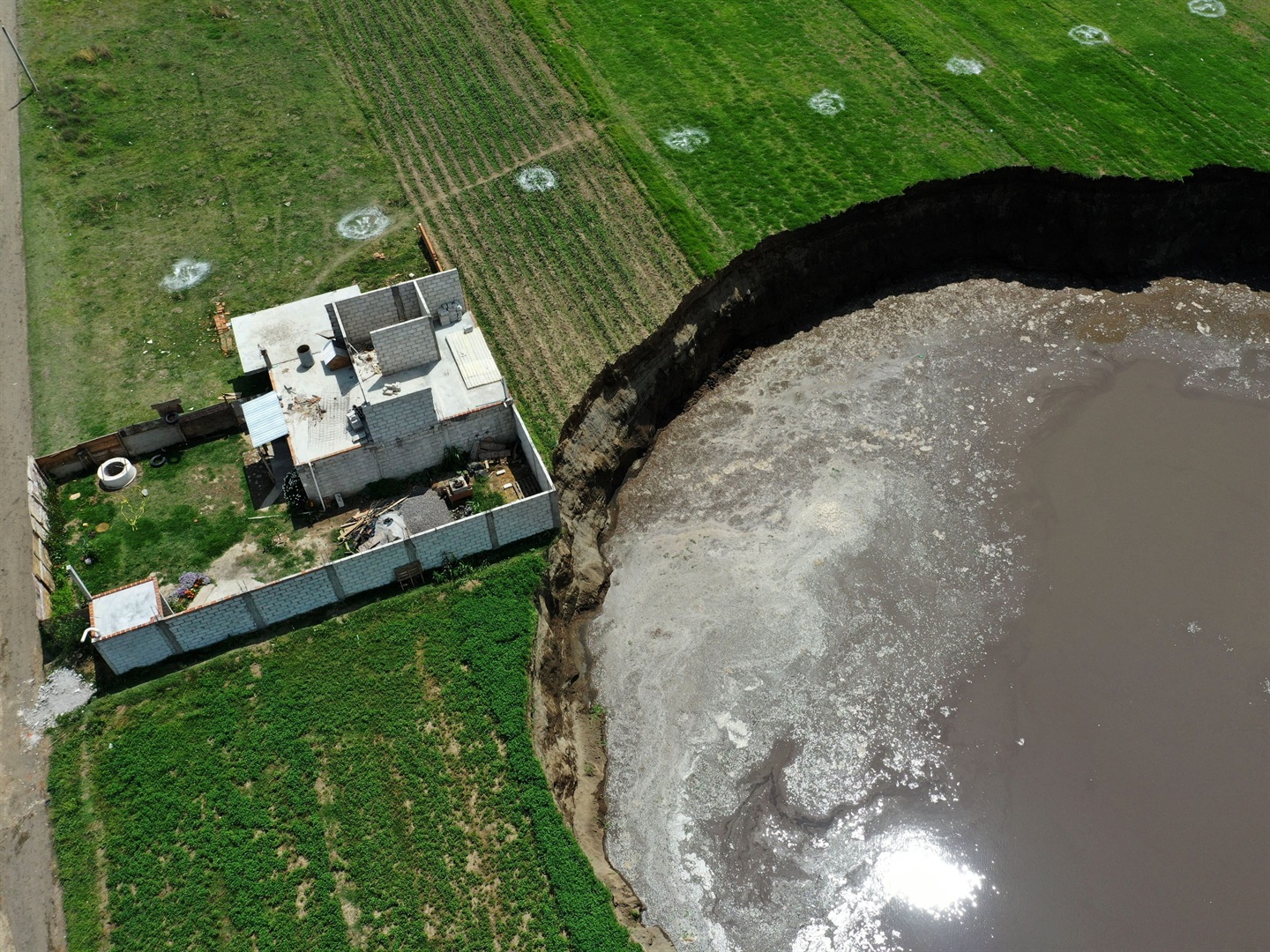 The sinkhole intrudes on a family home.
JOSE CASTANARES/AFP via Getty Images

In this case, experts think that the sinkhole may have appeared because of how the land is used.

"We think that it might be a combination of two factors: the softening of the field, the whole area was being cultivated, as well as the extraction of groundwater, which softens the subsoil," Manrique told CNN. A view of the land surrounding the sinkhole.
JOSE CASTANARES/AFP via Getty Images

Public officials from the national water commission and other groups are investigating the source of the sinkhole with soil studies and other processes over a 30-day period, according to the same CNN article.