Staggering photos show what life is like in the closest town to the North Pole, where it's dark 4 months of the year and you're told to carry a rifle because of polar bears Marcela Cardenas www.nordnorge.com Longyearbyen
Look at the World Atlas list of the world's northernmost settlements and you'll see that many at the very top of the list are located in Svalbard - a Norwegian archipelago between mainland Norway and the North Pole.

The first settlement on the list with a population worthy of being described as a town, though, is Longyearbyen, which hosts around 2,100 people who have access to a school, a church, restaurants, and a cinema.

Life in Longyearbyen, despite its amenities, is unlike anywhere else on Earth.

For starters, it's dark four months a year and perpetually light for another four months. Secondly, it's suggested residents carry a rifle when travelling outside the town borders - in case they run into a polar bear.

Like many of the settlements in this part of the world, Longyearbyen was established as a mining town, though mining operations have since been phased out of the area.

Now, the town is a place of scientific research and adventure tourism - it is the home of the famous doomsday seed vault, which stores every known crop on the planet.

Scroll down to see what everyday life is like in this extreme neighbourhood.

Welcome to Longyearbyen — the nearest town to the North Pole. Longyearbyen is located in the Norwegian archipelago of Svalbard, which is three hours away from Oslo by plane and about 650 miles from the North Pole. While there are a couple of tiny settlements further in the north, Longyearbyen is the first of any significant size. The town has a population of around 2,100 residents. After its discovery by Dutch explorer Willem Barents in 1596, Svalbard became a base from which to hunt and fish the large fauna that inhabited the archipelago. English, Danish, Dutch, and French companies fought over the hunting grounds, which were rich in walrus and bowhead whales. It's estimated that the Dutch alone killed 60,000 whales. At the turn of the 20th century, Longyearbyen was established as a coal mining town, though mining operations have since been phased out of the area. 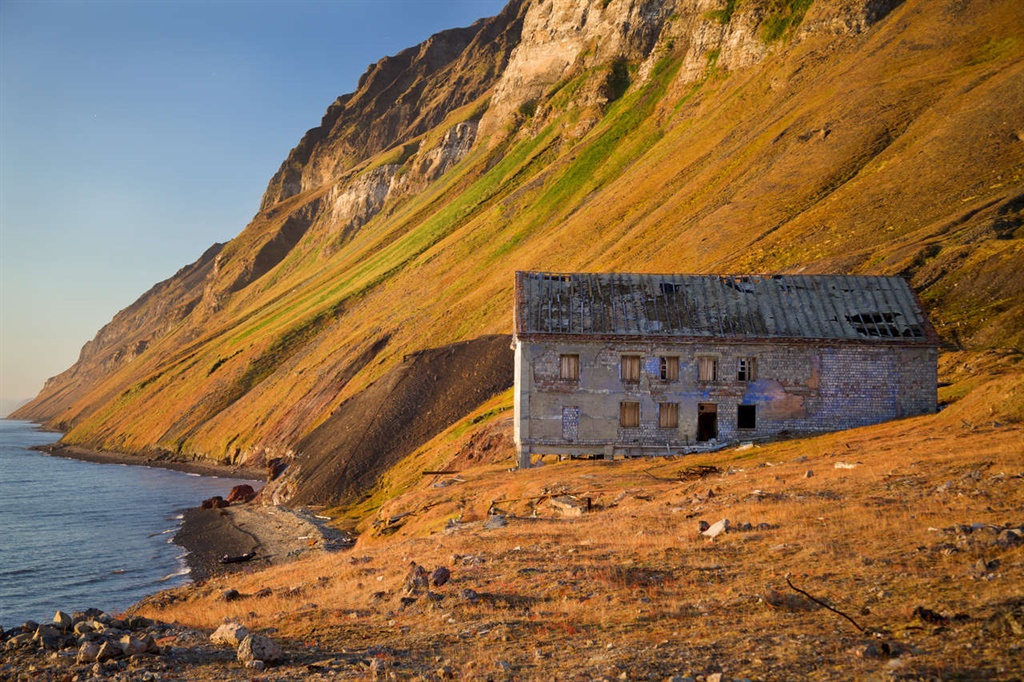 In its place, Longyearbyen has become a destination for adventurous tourists who come to navigate ice caves, drive snowmobiles, go kayaking and use as a base for North Pole expeditions, which Prince Harry did in 2011. Longyearbyen is also home the Svalbard Global Seed Vault delves 400 feet inside a mountain near the town and is home to over one million different seeds. It also looks like it would make a spectacular lair for a Bond villain. Buried in permafrost, the vault is supposed to stay frozen for at least 200 years — even if the electricity fails. However, due to rapidly rising temperatures in the Arctic, the vault already requires expensive upgrades to protect it from melting permafrost.

There are said to be more than 3,000 polar bears inhabiting the archipelago, which is more than there are humans. Jokes aside, meandering polar bears pose a very real threat to the population of Longyearbyen. While the bears mainly live north of Longyearbyen on the pack ice, they can occasionally venture into town in search of food. Earlier this year, a polar bear was killed after it attacked a cruise ship guard. In 2011, a 17-year-old pupil from Eton College in the UK was also tragically killed by a starving and emaciated polar bear that approached a party from the British Schools Exploring Society (BSES).

While there is a small graveyard (the northernmost one in the world), burials were banned in the 1950s after the deceased started to pop out of the ground due to melting permafrost.

The island also lacks the facilities to care for the seriously ill, or indeed pregnancies. If you're nearing the end or about to give birth, you have to go back to the mainland. Put simply, Svalbard has no births and no deaths (almost).

Longyearbyen brands itself as a "tiny metropolis" as its 2,100 residents hail from almost 50 different countries. As of 2014, around 120 Thai people inhabited Longyearbyen, making them the town's second largest ethnic population after Norwegians. The town therefore has a Thai restaurant, a Thai supermarket and celebrates an annual festival showcasing Thai customs. Aside from the Thai restaurant, residents of Longyearbyen can also pass time in the art gallery, cinema, or museum. There's even a few pubs and a nightclub.

You can also go for a gentle hike... That's not to say dark season — where the sun doesn't shine for four months straight — doesn't have its perks. Longyearbyen is one of the best places in the world to witness the Northern Lights, AKA Aurora Borealis. It was also one of the best places in the world to take in the "super blue blood moon" which occurred earlier this year.

Some prefer more traditional methods of travel, though. The archipelago is home to more than 1,000 polar dogs, which are basically elite athletes — sometimes consecutively running over 100km per day for weeks at a time. 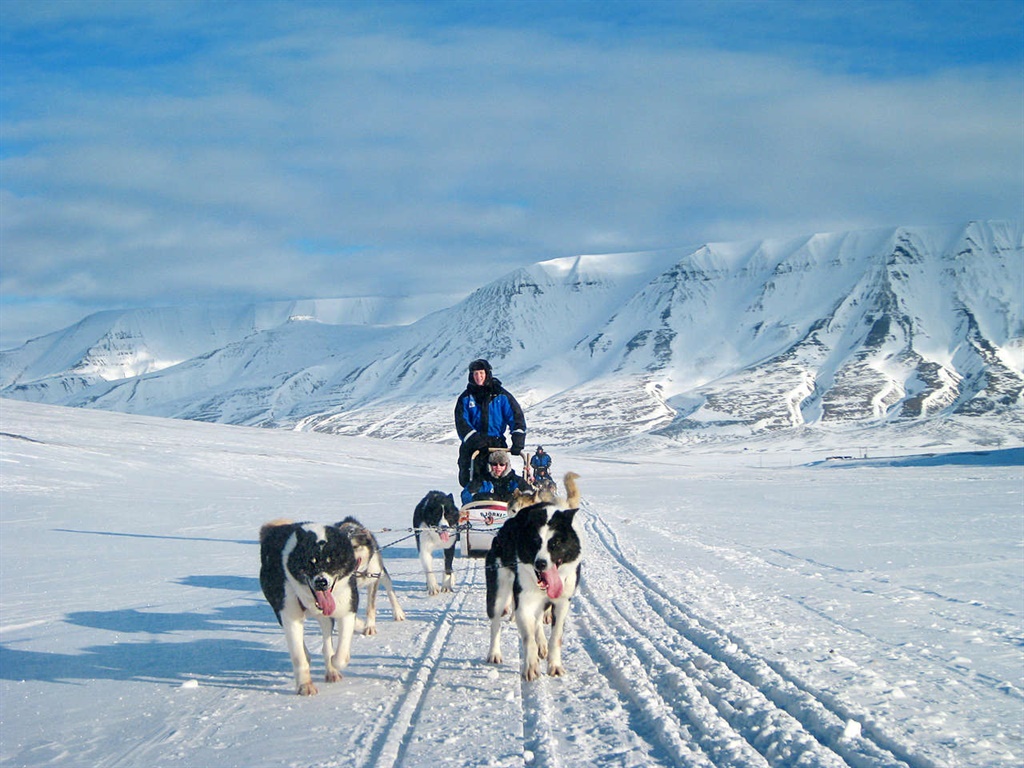