Invitations have officially gone out for Prince Harry and Meghan Markle's royal wedding on May 19 — so if you haven't received anything, you're out of luck.

Kensington Palace tweeted on Thursday: "Invitations to the wedding of Prince Harry and Ms. Meghan Markle have been issued in the name of His Royal Highness The Prince of Wales."

The Palace confirmed that guests have been invited to a service at St George's Chapel followed by a lunchtime reception at St George's Hall, hosted by the Queen. Around 200 guests have also been invited to an evening reception at Frogmore House in the evening, hosted by Prince Charles.

They were made by London-based printers Barnard Westwood, who have been making Royal invitations since 1985, according to the Palace. Officials said Managing Director Austen Kopley was "thrilled and honoured" to be making them.

They were made with American black and gold ink on English card, which is an apparent symbol of Harry and Meghan's relationship.

They feature Prince Charles' three-feathered badge symbol, and are officially issued in his name rather than the couple's. This is the same convention as for the announcement of their engagement, which was also made in Charles' name. The invitations were printed by Lottie Small, who recently completed her apprenticeship at Barnard Westwood, in a process known as die stamping, according to the Palace, "on a machine from the 1930s that she affectionately nicknamed Maude." 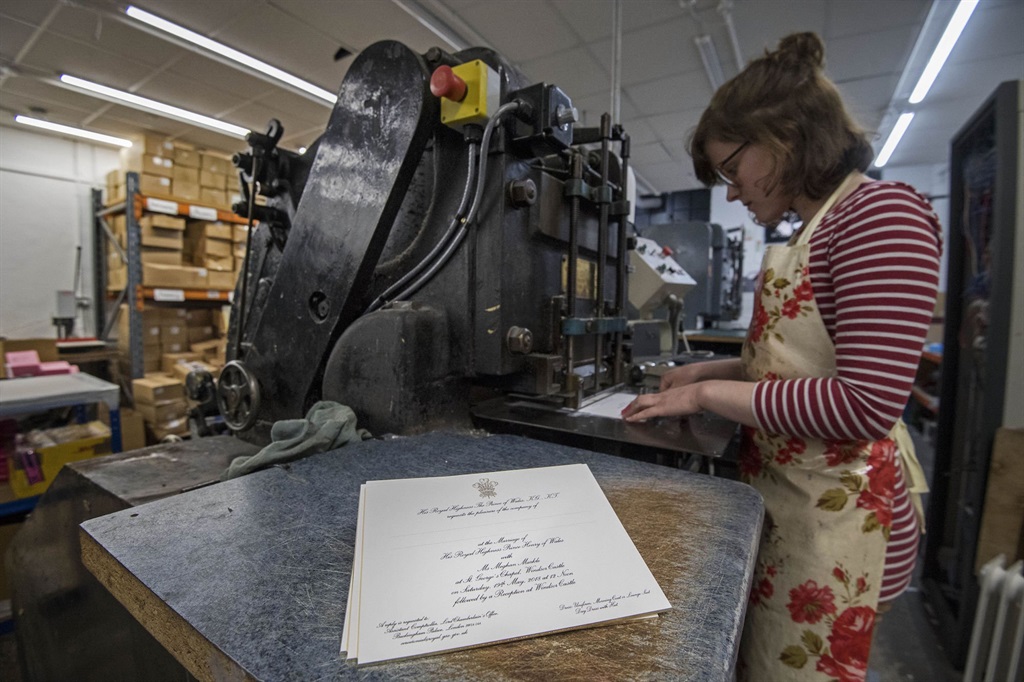 They're printed in gold and black, "then burnished to bring out the shine, and gilded around the edge."