Already, the impact we've had on Earth is becoming clearer and clearer.

On April 22, the world will celebrate the 49th annual Earth Day, a global event that more than a billion people participate in across 192 countries. Earth Day organizers strive to increase worldwide awareness about how humans are changing the planet.

Read also: Stunning pictures show the African savannah being taken over by trees and shrubs

Nowhere is that transformation more apparent then in before-and-after comparisons of pictures taken in the same spot. Such photos show dying coral reefs, melting glaciers, and retreating forests in ways both striking and damning.

We've juxtaposed some of these images below. In some cases, the two photos were taken as much as 50 years apart; in other cases, only a decade or so passed in between.

Melting glaciers are some of the most visually dramatic effects of a warming planet. Here's Alaska's Muir Glacier as pictured in August 1941 (left) and August 2004 (right).

You can toggle back and forth to see how much Muir Glacier has melted over the past 120 years.

This pair of images shows the retreat of Alaska's Pedersen Glacier from 1917 (left) to 2005 (right). Even glaciers that aren't in the Arctic are retreating. Here's Peru's Qori Kalis Glacier in 1978 (left) and again in 2011 (right). Deforestation, often from logging or to clear room for agriculture, is another highly visible human-driven change. Starting in the 1970s, NASA began using satellite images to document deforestation in national parks around the world. Here's Mount Elgon National Park in Uganda in 1973 (left), compared with the park in 2005 (right). Every year, more than 18 million acres of forest disappear worldwide. That's about 27 soccer fields' worth every minute. More deforestation is visible in Kenya's Mau Forest in these photos from January 1973 (left) and December 2009 (right). This pair of images shows how Mabira Forest in Uganda changed between 2001 (left) and just 5 years later (right). 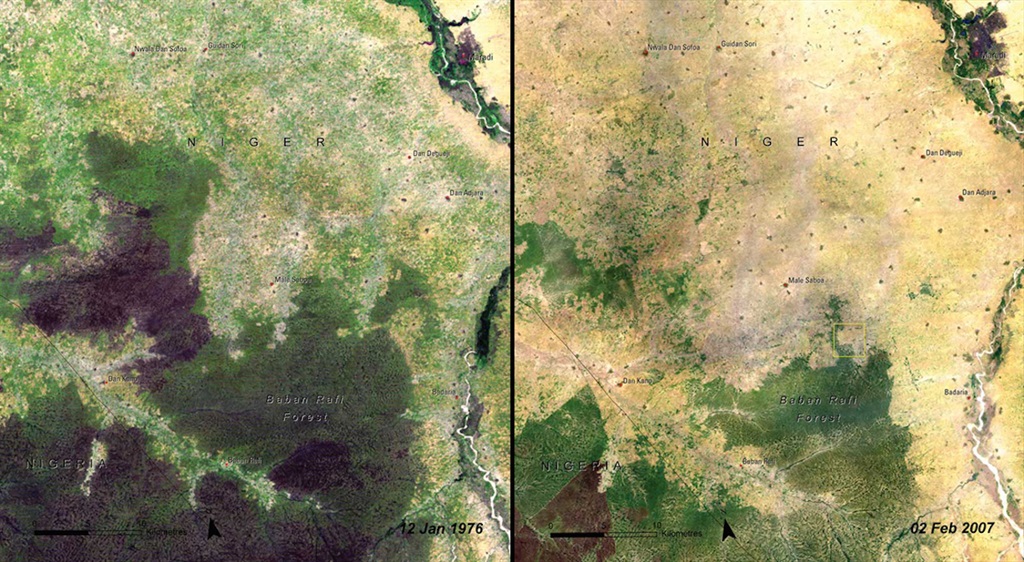 Deforestation is also a major issue in South America. The Atlantic Forest in Paraguay, seen here, shrank significantly between 1973 (left) and 2008 (right). This area of Rondonia, Brazil was heavily deforested between 1975 (left) and 2009 (right). 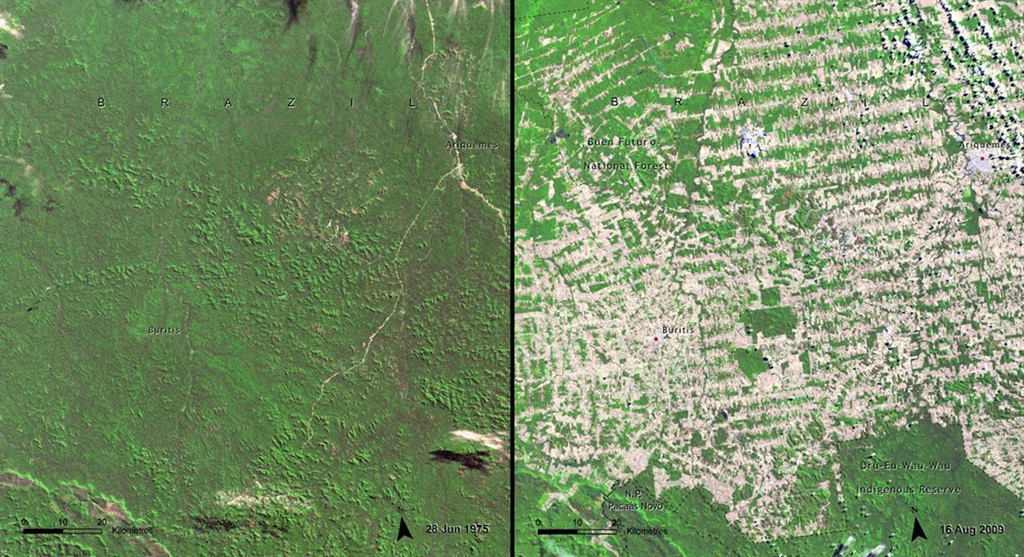 The loss of Argentina's Salta Forest is starkly visible in this pair of photos from 1972 (left) and 2009 (right). In the 1980s, NASA also started documented shrinking bodies of water and rivers across the globe. This photo of Great Sand Dunes National Park in Colorado shows how much of the lakes disappeared between 1987 (left) and 2011 (right). Argentina's Mar Chiquita Lake has also shrunk significantly. The image on the left is from 1998, and the lake is shown in 2011 on the right. Iran's shrinking Lake Urmia is pictured below in July 2000 (left) and again in the same month in 2013 (right). Some rivers have been shrinking as well — these images compare waterways in Arizona and Utah in March 1999 (left) and May 2014 (right). The effects of human impacts aren't limited to the land. Ocean environments and coral reefs have been negatively affected, too.