Giant inflatable boobs appeared across London on Sunday — and if they make you feel uncomfortable, the message worked 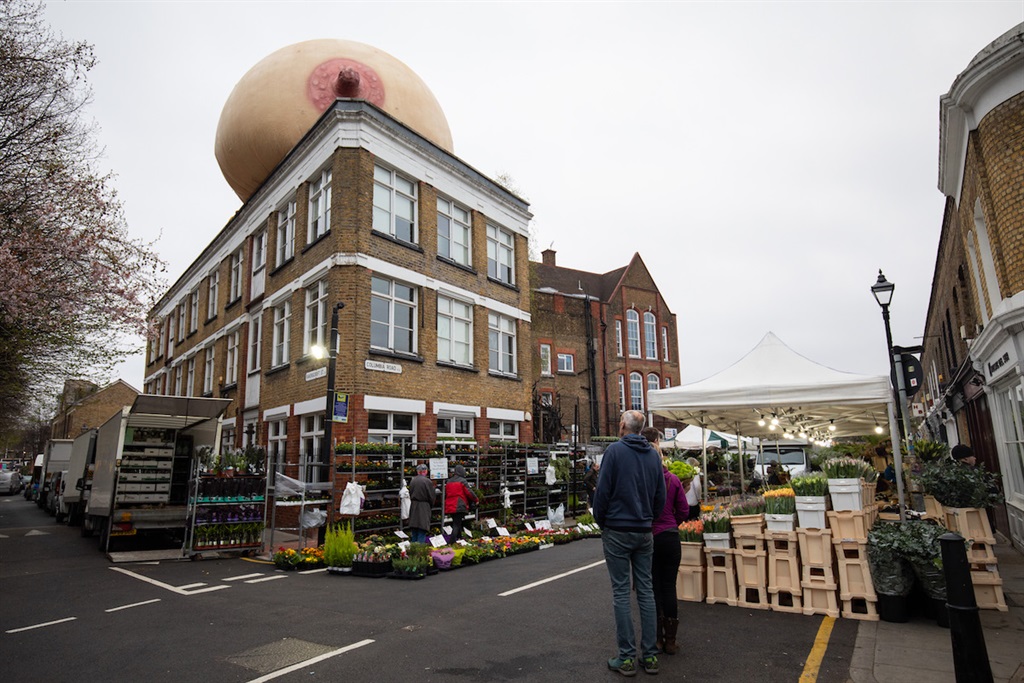 A bunch of inflatable boobs popped up across London on Sunday - but there's a good reason.

Femtech brand Elvie designed and installed the breasts in an effort to fight the stigma around breastfeeding and pumping in public after a survey of 1,000 18 to 80-year-old UK women in July showed that the UK has one of the lowest rates of breastfeeding in Europe.

The four giant breasts varied in size and colour, with the smallest at three metres and the largest at six metres tall.

They appeared in the heart of east London, including at the Old Truman Brewery... ...by the iconic train cars at Village Underground... ...on top of the Colombia Road, which is home to a famous Sunday flower market... ...and at The Huntington Estate in Shoreditch. 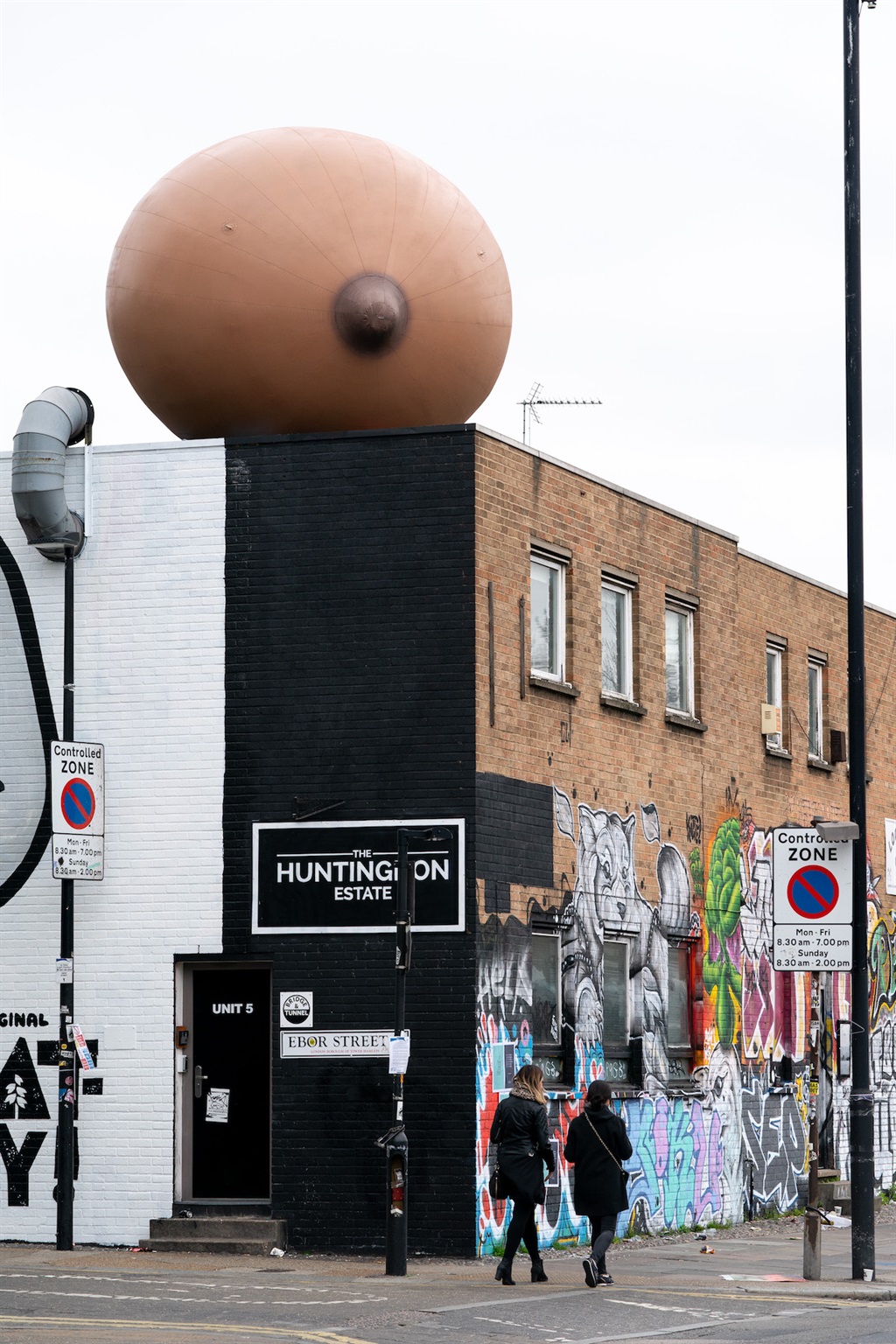 The #FreeTheFeed campaign aims to empower women to feel "safe and comfortable breastfeeding or pumping anytime, anywhere and encourage the British public to support them," according to the brand.

The survey, which was conducted by Censuswide on behalf of Elvie, showed that nearly half (45%) of UK mothers say that everyday life situations like office meetings prevent them from breastfeeding or pumping "due to common perceptions of nudity in public". Tania Boler, CEO of Elvie, said: "The #FreetheFeed campaign is an invitation to everyone to stand with all those women that have felt shamed or confined when breastfeeding or pumping.

"We know the giant boobs will raise a few eyebrows, but we want to make sure no one overlooks the way that this stigma has been used to repress women." The boobs are set to be taken down on Tuesday. Related Links
Pumped breast milk has higher levels of potentially harmful bacteria than nursing, according to a...
A 35-year-old woman became the first to win a 430km race, and she did it while pumping breast...
Next on Business Insider
The EU has a Russian gold ban in its sights as it hammers out its next round of sanctions – report