The Champlain Towers South, located on Collins Avenue in Surfside, Florida, collapsed around 1 a.m. on Thursday.

The way the building collapsed is making it difficult for rescue teams to locate survivors, Surfside Mayor Charles Burkett said on Thursday.

A zoomed-in shot after the collapse shows tattered units and belongings. "The problem is the building has literally pancaked," Burkett said. "It's heartbreaking because it doesn't mean, to me, that we're going to be successful, as successful as we want to be, to find people alive." As of Thursday evening just before 5:00 p.m., 102 have been accounted for and at least 99 people remain unaccounted for, officials said.

An aerial view of the building collapse on Thursday. Florida Gov. Ron DeSantis said during a press conference on Thursday that Florida is "bracing for some bad news given the destruction that we're seeing."

Since early Thursday morning, rescue crews have been on the scene. "It looks like a bomb went off, but we are pretty sure a bomb didn't go off," Mayor Burkett said Thursday.

On Thursday evening, Miami-Dade Fire Rescue Assistant Chief Ray Jadallah called the search "slow and methodical," said that they were using sonar and canine teams. Jadallah noted that there is a parking garage that's beneath the building and rescues are attempting to tunneling to different floors. "It's a really, really tragic situation, so we'll hope for the best in terms of additional recoveries," DeSantis said on Thursday. Miami-Dade Fire Rescue personnel continue search and rescue operations in the partially collapsed 12-story Champlain Towers South condo building on June 24, 2021 in Surfside, Florida. It is unknown at this time how many people were injured as search-and-rescue effort continues with rescue crews from across Miami-Dade and Broward counties. According to reports, almost 100 people are still unaccounted for.
(Photo by Joe Raedle/Getty Images)

According to officials, 37 in total were pulled from the site — 35 victims from the structure, and two victims from the rubble. Eleven patients were being treated, and four were transported to a hospital. One person is confirmed dead.

"Every time we start breaching parts of the structure we do get debris falling on us," Miami-Dade Fire Rescue Assistant Chief Ray Jadallah said on Thursday evening.

NBC Miami footage on Thursday morning showed a 10-year-old boy being pulled from the rubble.

A family reunification centre was set up at the Surfside Community centre. 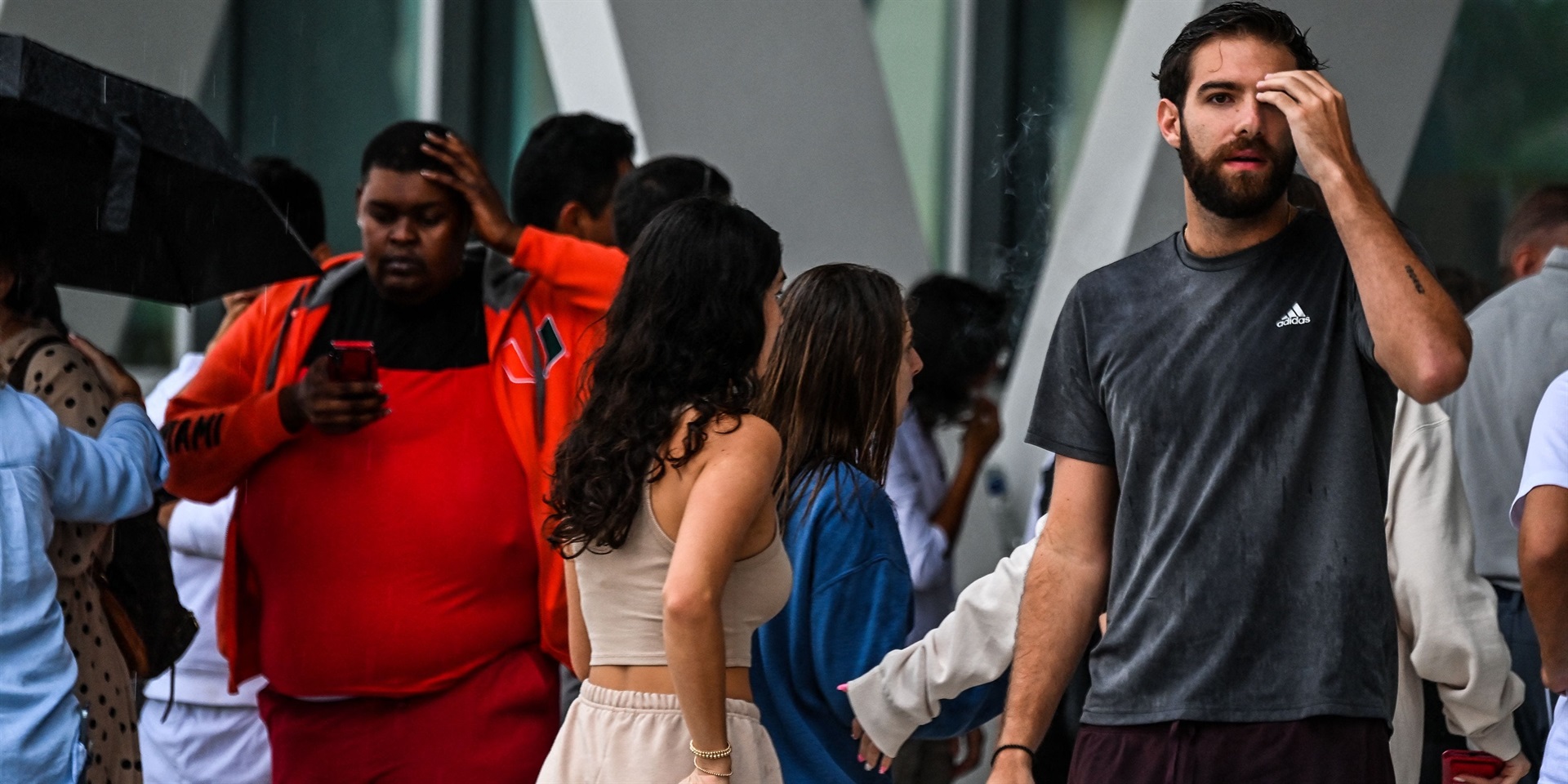 Miami-Dade Fire Rescue said that more than 80 rescue units were helping at the scene of the collapse.

Survivors and family members from the Champlain Towers South at the Surfside Community Centre. Family members and residents of the Champlain Towers South greet each other outside the Town of Surfside Community Center in Surfside, north of Miami Beach, on June 24, 2021. - The 12-story oceanfront apartment block in Florida partially collapsed early on June 24, killing at least one person and sparking a major emergency response with dozens of rescuers combing the rubble for survivors.
(Photo by CHANDAN KHANNA/AFP via Getty Images)

Bunkbeds from an apartment unit destroyed in the collapse. The land around the Florida condo that collapsed was showing signs of sinking, according to a 2020 study.