Drones fly over the Han river showing messages to support the country and share measures to contain the spread of the coronavirus, in Seoul, South Korea, July 4, 2020.
Yonhap via REUTERS

On July 4, hundreds of drones took the skies of Seoul, South Korea, to display incredible images of encouragement and awareness during the coronavirus pandemic.

Around 300 drone vehicles were programmed to display a variety of images for 10 minutes over the Han River, which runs through the capital city. The messages included people washing their hands, wearing masks, and signs to try and cheer people up.

South Korea was praised early on for quickly controlling the coronavirus outbreak through widespread testing and contact tracing in March. But at the end of June, a second wave hit the country after public transportation became more widespread and the celebration of a holiday in May.

These photos show a few of the drone images over Seoul as the pandemic rages on across the world.

Over the weekend, hundreds of drones flew over the Han River in Seoul, South Korea, to provide encouraging messages and display health guidelines amid the coronavirus pandemic. Three hundred drone vehicles were unmanned and programmed to create a variety of messages. 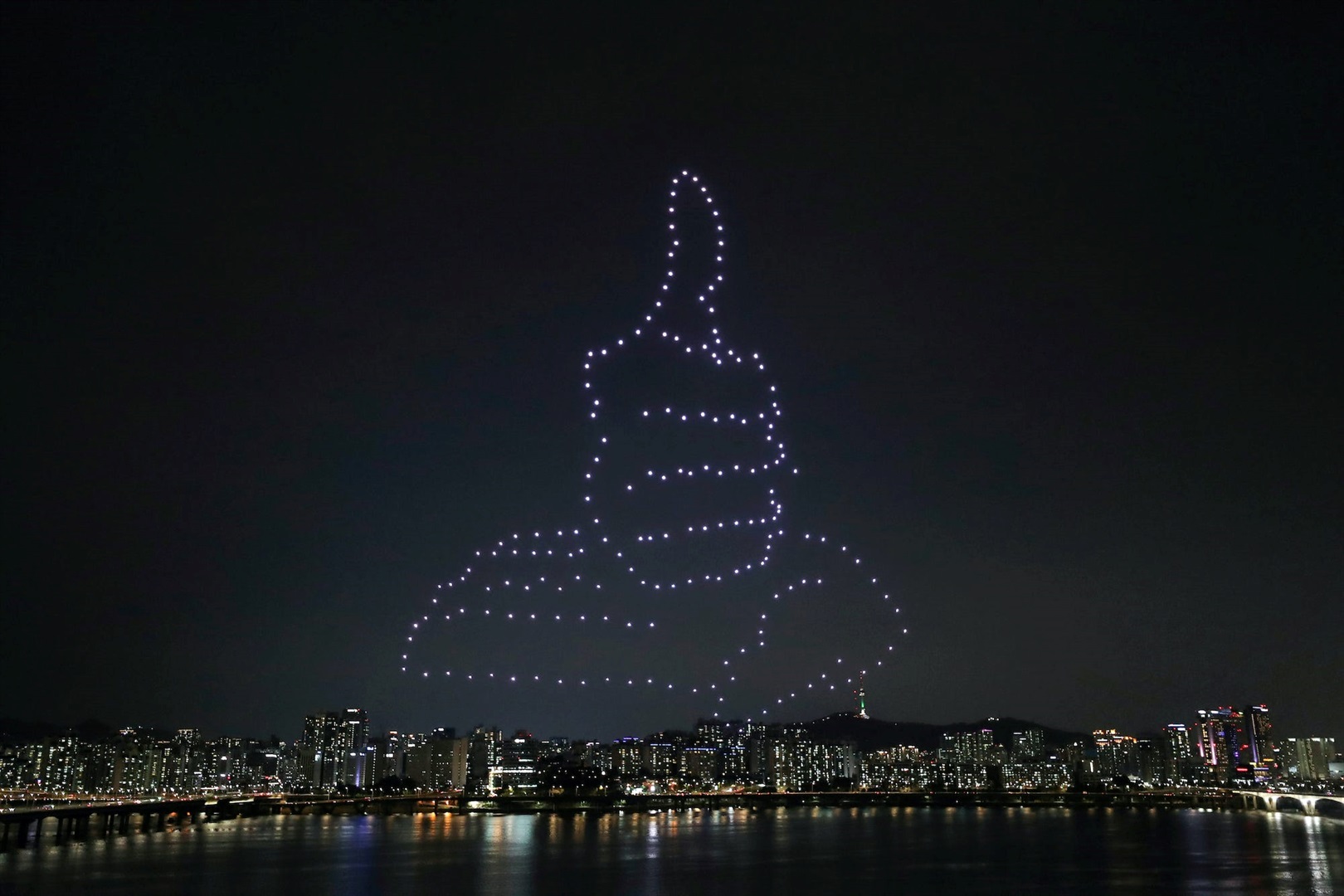 The 10-minute long show began with images reminding people to protect themselves from the virus by washing their hands. The event was organised by the government and took place on July 4. 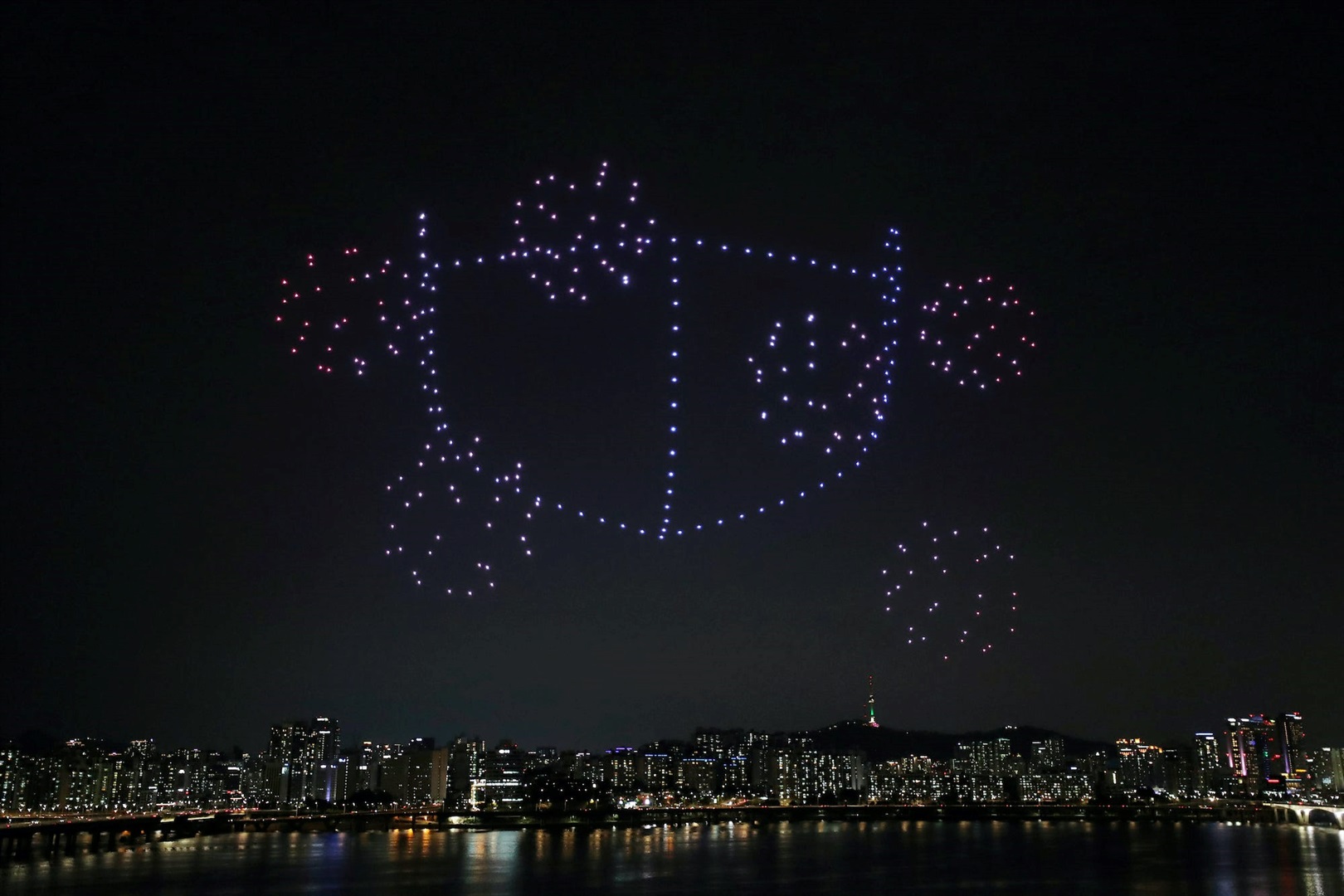 During the show a massive "Thanks to you" message lit up the sky before the drones formed an outline of the Korean peninsula and encouraged people to "Cheer up."