A massive explosion just devastated Beirut. Here's what it looks like on the ground. 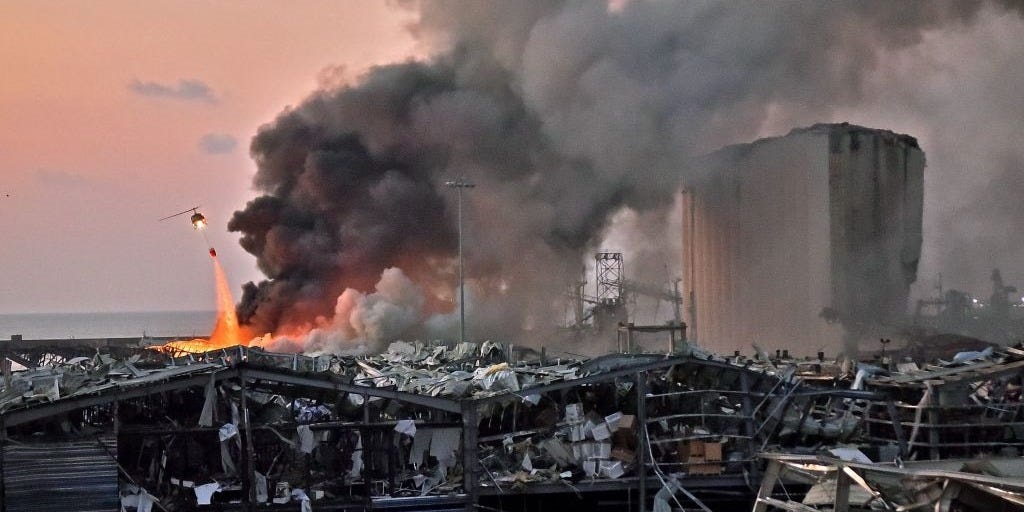 A helicopter puts out a fire at the scene of an explosion at the port of Lebanon's capital Beirut on August 4, 2020.
(Photo by STR/AFP via Getty Images

A huge explosion in the Lebanese capital of Beirut Tuesday caused widespread devastation. The number of casualties and the full extent of the damage is still emerging.

Early state media reporting said the the blast followed the outbreak of a fire at a fireworks storage facility at the local port, but the director of Lebanese intelligence said that it may have been caused by high-explosive materials that had been previously confiscated and stored in the area. The exact cause of the blast remains unknown.

Footage of the massive explosion at #Beirut port a short while ago. It's truly frightening. #Lebanon pic.twitter.com/OZ0hZ5SwlC

The following photos, some of which are GRAPHIC, show the situation on the ground in Beirut.

An orange-red cloud lingered over the blast site shortly after the explosion. 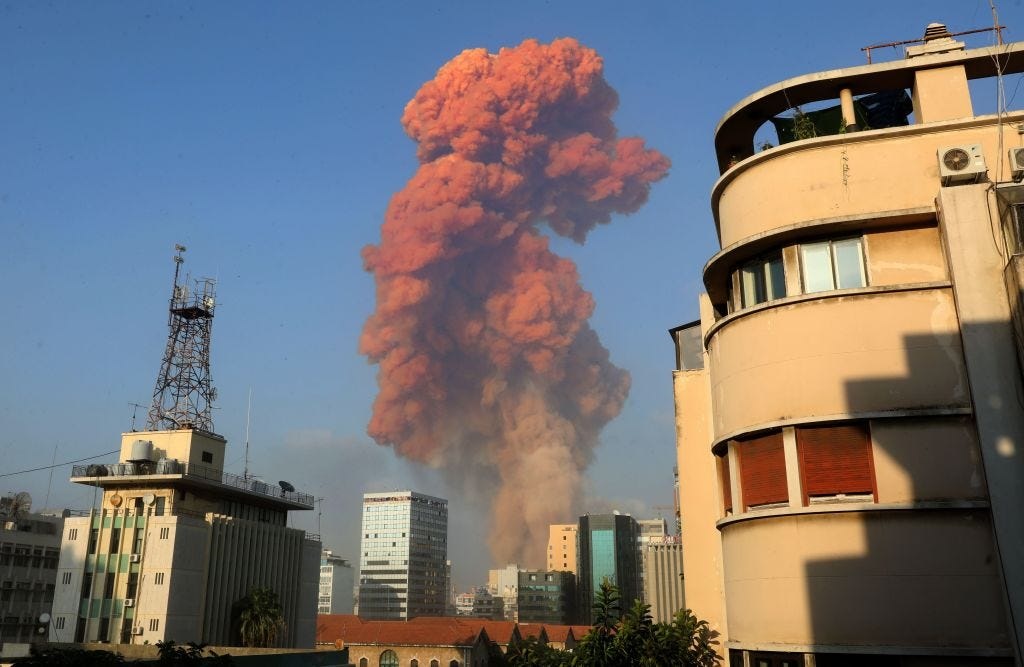 The blast caused widespread destruction well beyond the port where the explosion occurred. The blast, which was felt miles away, severely damaged buildings, blowing out windows and doors and collapsing ceilings. A reporter for The Independent who was in the area said the shock wave from the blast "literally pushed us [to] fall to our knees."

Absolute chaos in #Beirut. Shattered shop fronts, injured people staggering around, alarms going off, ambulances trying to get to hospitals, the floor is glistening with shattered glass. In all my years of covering wars I have never experienced a blast like this. #Lebanon pic.twitter.com/znMLkOAzXB

Emergency workers rushed onto the scene to attend to the wounded, as well as to battle fires in the wake of the explosion. Fires could be seen burning at the port into the evening. (Photo by STR/AFP via Getty Images

Emergency firefighting assets, including helicopters, were called up in response. 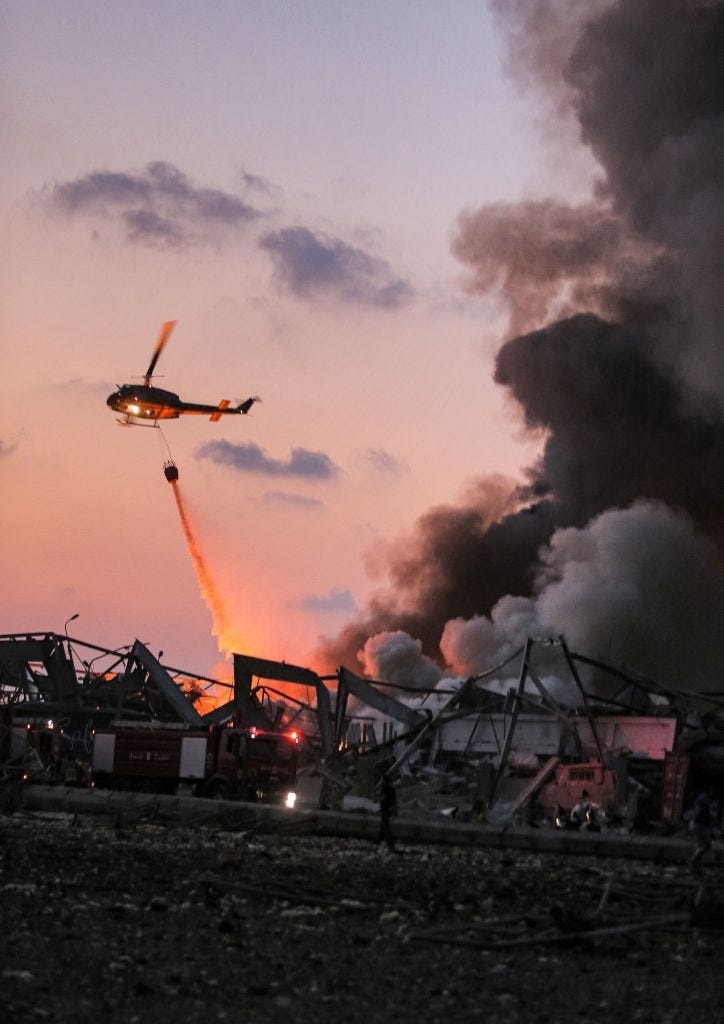 Lebanon's health minister announced that at least 30 people were killed in the explosion. The death toll is believed to be significantly higher. He added that more than 3,000 people have been injured. Local media reports have said that hospitals have been overwhelmed by the high number of casualties. The country's prime minister has declared a national day of mourning in response to Tuesday's tragedy.