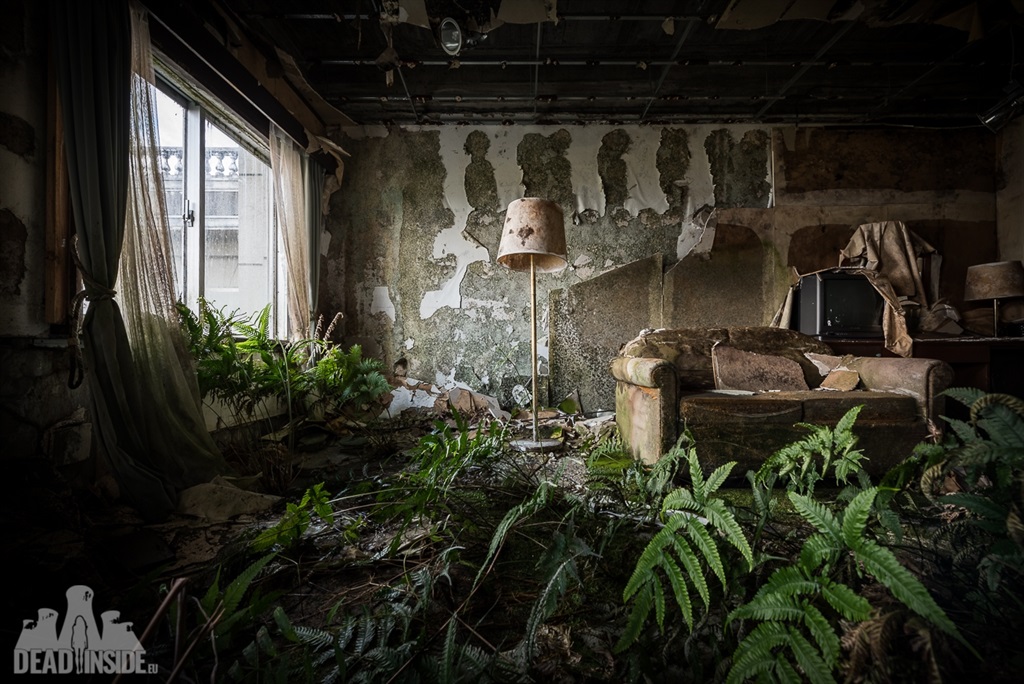 The Hachijo Royal Hotel has been abandoned since 2006.
Courtesy of Natalia Sobanskan

Hachijo Royal Hotel was once one of the biggest hotels in Japan, drawing people to its remote island for beach vacations and relaxation. Today it lies in ruins. The abandoned hotel has not seen guests in over a decade, becoming overrun with moss and mildew.

Polish photographer Natalia Sobanska travelled to the French baroque-style hotel to capture the dilapidated building. Her photos are a glimpse into the hotel rooms that once welcomed guests from all over Japan, but now has fallen to pieces.

Keep scrolling to take a look at what has become of the Hachijo Royal Hotel.

Since it was difficult for locals to get a passport in the '60s, they travelled locally. Stunning Hachijojima Island, just a short ferry ride from the mainland, seemed like the perfect spot for a luxury resort. The Hachijo Royal Hotel was built in 1963 and quickly flourished, becoming one of the largest in Japan. Once overseas travel became more commonplace around the turn of the century, the remote island wasn't seen as a desirable vacation destination any longer. The hotel officially closed in 2006, leaving behind everything to crumble in the heat. A lot of the décor still remains in the exact location it was left over a decade ago. Likewise, some parts of the hotel are almost fully intact, alluding to its once lively past. The pool table still stands in the game room. The grand piano that used to entertain thousands of guests now remains untouched in the rotting hotel. The swimming pool is now filled with murky water. While Sobanska has travelled all over the world to photograph abandoned places, she says the Hachijo Royal Hotel stands out for its unique style. For example, ornate statues that pay homage to the Greeks are common throughout the hotel. She spent seven hours in the ruins photographing the "classic Japan style destroyed by nature." Not surprisingly, Sobanska says the resort is eerily quiet. But "not creepy or scary as people think." The rooms themselves did not age as well as the common spaces. The crumbled ceilings now lay scattered over the decaying floor. A mixture of hot air and saltwater has helped make these ruins a jungle.

The Hachijo Royal Hotel has been abandoned since 2006.
Courtesy of Natalia Sobanskan

"In abandoned places, I am captivated by how nature takes back what it owns," Sobanska said. She continued, "It sounds absurd, but when you see it with your own eyes, it's just a natural beauty." Just a peek at the view out the windows helps you understand the natural beauty and how people were drawn to this scenic escape. 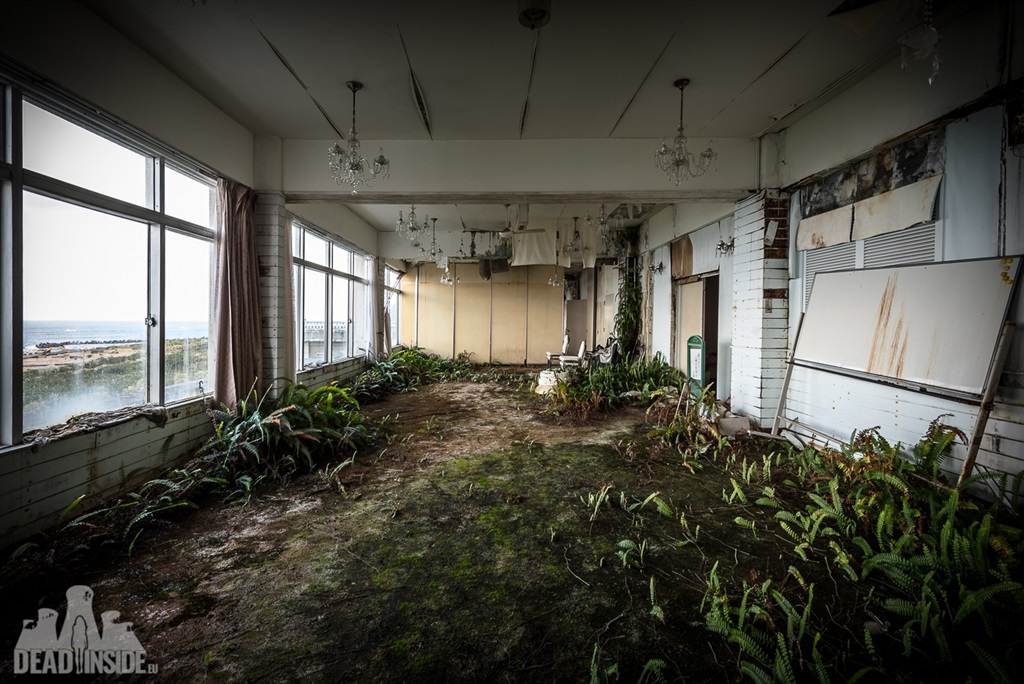