Cor-G.
GetOud
An argument many people use for why people shouldn't get tattoos is that they'll regret it when they're older, or that it won't look good on ageing skin.

But two Dutch women have come together to prove that isn't the case.

Ingrid Meijering and Marion Duimel are the team behind GetOud: a photo series showcasing 25 people over the age of 65, all of whom have tattoos.

Some did indeed get inked in their younger years, but the majority got their tattoos during the past 10 years.

Photo subject Toos, for example, started to feel old at the age of 79, so decided to shave part of her head and get some tattoos to keep her feeling young, and now particularly enjoys wearing sleeveless tops to show off her tats.

Meijering and Duimel hope their three-year project will help show people you're never too old to get a tattoo. It's led by two women, Ingrid Meijering and Marion Duimel. Their aim is to "bring a more positive attitude towards ageing and elderly people." They brought together 25 tattooed people over the age of 65 for the photo series. Most people featured in the project had actually got their tattoos within the previous 10 years. Aged 79, Toos, pictured below, said she felt she was "turning into an old lady" so she decided to shave part of her head and get a tattoo. Some participants want to show that having tattoos doesn't mean you're "scary or aggressive." 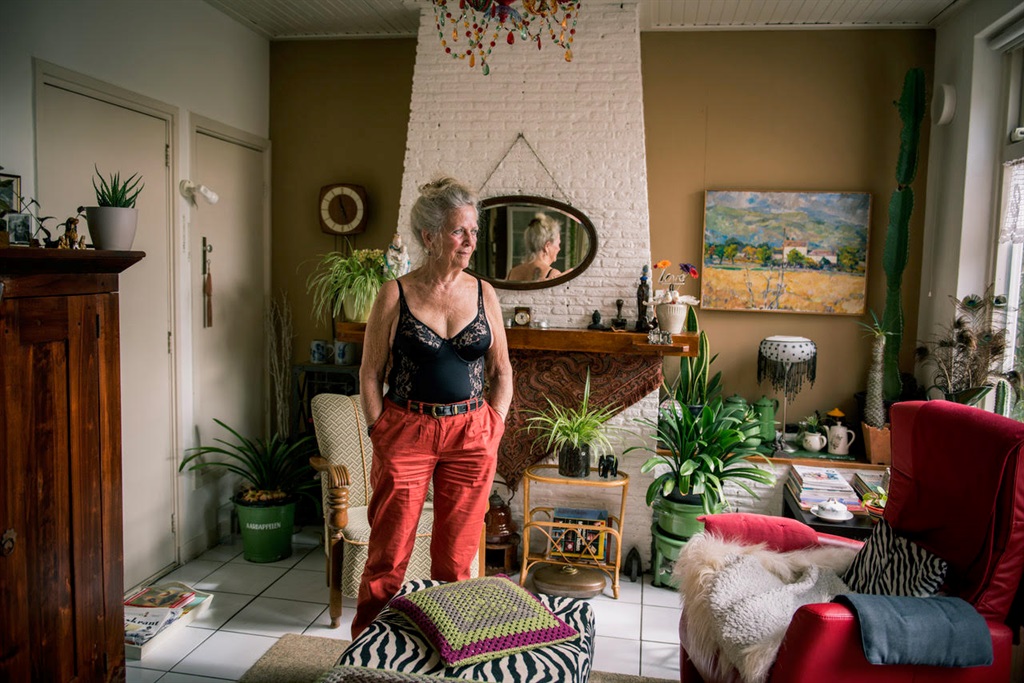 Meijering and Duimel created a book and an exhibition out of the TattooAge project. "We hope people understand you are never too old for a tattoo and we want to share the lovely stories behind them," they say. See also: 5 red flags that you should never ignore when getting a tattoo