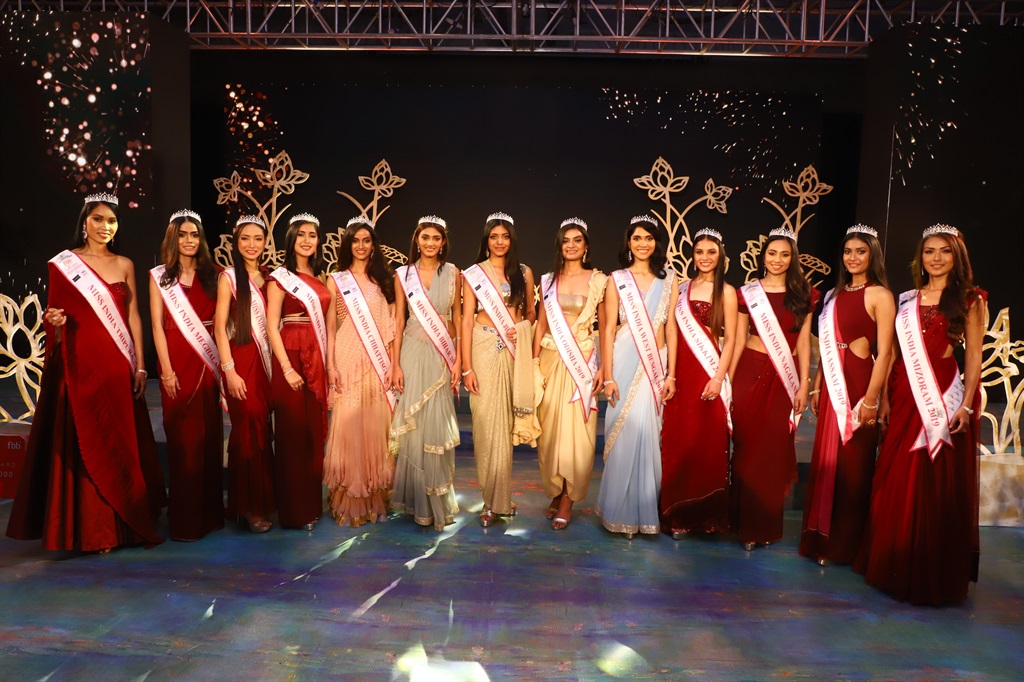 For over 50 years, a magazine called Femina has hosted the Miss India beauty pageant, in which women compete to advance on to international competitions like the Miss World and Miss Universe pageants. Some competitors like Priyanka Chopra have become world-renowned stars after winning a Miss India title.

But this year, the competition is facing more backlash than praise. On Monday, a Twitter user shared a photo, originally from the Times of India, in which 30 finalists from the pageant appear to share the same hairstyle and skin colour. "Miss India contestants: they all have the same hair, and the same skin colour, and I'm going to hazard a guess that their heights and vital stats will also be similar," the Twitter user wrote. "So much for India being a 'diverse' country."

Miss India contestants. They all have the same hair, and the SAME SKIN COLOUR, and I'm going to hazard a guess that their heights and vital stats will also be similar. So much for India being a 'diverse' country. pic.twitter.com/L4yXG0WvRu— labellagorda (@labellagorda) May 27, 2019

Following the original tweet, many on social media expressed frustration over the image

While some urged the Femina Miss India pageant to choose a more diverse group of women in the future, others accused the organization of being racist.

Why can't a Miss India be a dusky or a dark brown or darker chocolate brown ?

So much for the love of fair skin.

I sincerely believe we are the most racist country in the world...! pic.twitter.com/uvDMPKi6jZ — Kamran Shahid (@iKamranShahid) May 28, 2019

According to one Twitter user, the Miss India pageant also featured a similar group of finalists in 2018

In response to the original tweet, a Twitter user shared a photo of an image posted by the Times of India in 2018, which showcased last year's finalists.

Similar to this year's pageant, many of the 2018 finalists appear to have had fair skin and similar hairstyles while competing.

My tweet from last year ?????? nothing changes.- The future is here. We will all be clones and look like photocopies of each other...#clones #photocopies #same pic.twitter.com/8fArH2TOpT — Ruchira Mittal (@taruche) May 27, 2019

Others, however, believe that the finalists might not actually look as similar as they appear in the photo

On Twitter, some people said makeup and photo editing could have been responsible for making the women appear to have the same skin tone and hairstyle.

Maybe they all had the same hairstylist, make up artist and photographer who Photoshopped to make them all look perfect. — anjoosharon (@anjoosharon) May 30, 2019

In a different group photo from Getty Images, the finalists do not appear to have skin that's as fair as what's shown in the image from the Times of India.

That said, the women still appear to share a similar skin tone and have matching hairstyles. There is not a very large range in skin tones represented in the group.

Despite having a diverse population of 1.3 billion people, India's culture has been accused of colourism in the past and showing a societal preference for people with fair skin

According to Worldometers, a website that shares international statistics, India is currently home to more than 1.3 billion people. Similarly, Atlas Obscura reports that more than 780 languages exist in the country, as well as 68 scripts.

But despite India's diverse population, there appears to be a societal push in favour of fair skin. Former competitors of the Miss India pageant, for example, have promoted skin-lightening creams to their fans.

Priyanka Chopra did so in a previous Garnier advertisement, but later told Vogue India in 2017 that she regrets her involvement in the project.

"I did a commercial for a skin-lightening cream," Chopra told Vogue India in 2017. "I was playing that girl with insecurities, and when I saw it, I was like, 'Oh s---. What did I do?' I started talking about being proud of the way I looked. I actually like my skin tone."

Chopra isn't the only star to talk about the societal pressure around having fair skin in India. In a 2015 report from the guardian, Bollywood stylist Archana Walavalkar said actors frequently hide from the sun when not filming to avoid darkening their skin.

The report also cited Indian matrimonial websites, beauty pageants, and estheticians as contributing factors to the growing interest in fair skin, as did a similar report from The Conversation.

Representatives for Femina Miss India and Priyanka Chopra did not immediately reply to INSIDER's requests for comment.