Delaying a 2nd dose of Pfizer's vaccine by 9 weeks could boost antibodies to the virus, data suggests 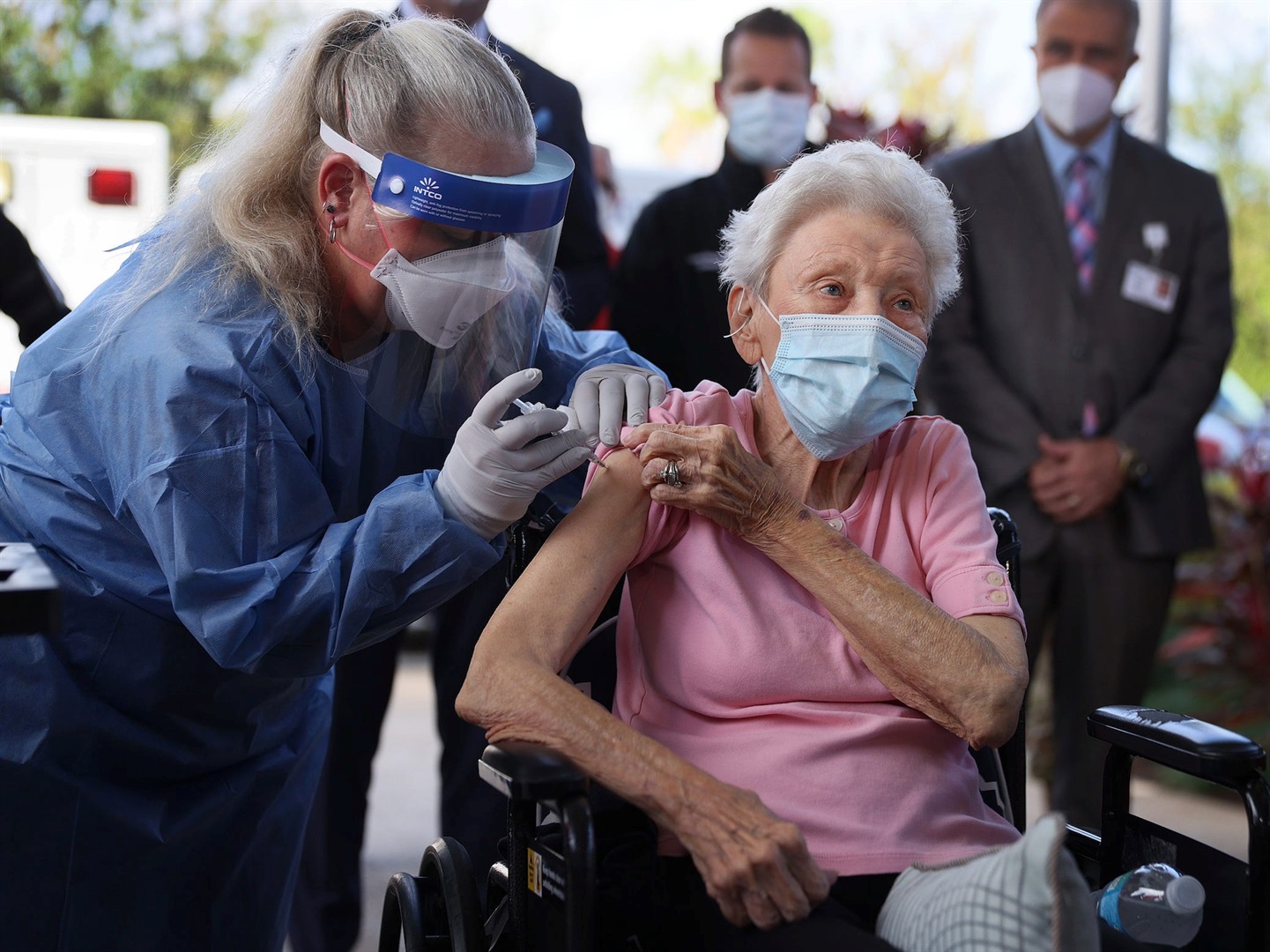 The study, led by Birmingham University and Public Health England (PHE), compared a 12-week gap between doses with a three-week gap. Giving the second dose of Pfizer's vaccine after 12 weeks produced triple as many antibodies in people aged over 80, the study found.

The results, posted in a preprint study Friday, provide real-world evidence that Pfizer's vaccine produces an immune response in older people who are most at risk of severe Covid-19, even when the dose is delayed beyond the 21 days tested in trials.

The findings don't necessarily mean that Pfizer's vaccine will be three times more effective when doses are spread by to 12 weeks, because the link between antibodies and vaccine effectiveness is not established.

But Paul Moss, professor of hematology at the University of Birmingham, who was involved in the study, said in a press briefing that there was emerging evidence from the US that the antibody response plays an important role in vaccine effectiveness against Covid-19, as it does for other infections, such as polio and flu.

Dr. Gayatri Amirthalingam, consultant epidemiologist at Public Health England (PHE), said in a press release that the results provide further evidence of the benefits of the UK's vaccine strategy. The UK delays the second dose by up to 12 weeks so that more people can get their first shot.

In the US, the two doses of Pfizer's vaccine are given at 21 days apart, as recommended by the company. Dr. Anthony Fauci, President Joe Biden's chief medical advisor, has previously said that delaying second doses risks variants spreading faster. This is because a weaker immune response, from one dose instead of the full two, could nurture variants with mutations that help them survive, he has said.

It is not clear whether the results of the study would apply to younger people or how long the immune response lasts beyond 14 weeks after the second dose, which is when researchers stopped measuring.

"Longer term follow up of this cohort will help us to understand which vaccine interval will be optimal in the future, once the immediate crisis is over," Eleanor Riley, professor of immunology and infectious disease at the University of Edinburgh, who was not involved in the study, said.