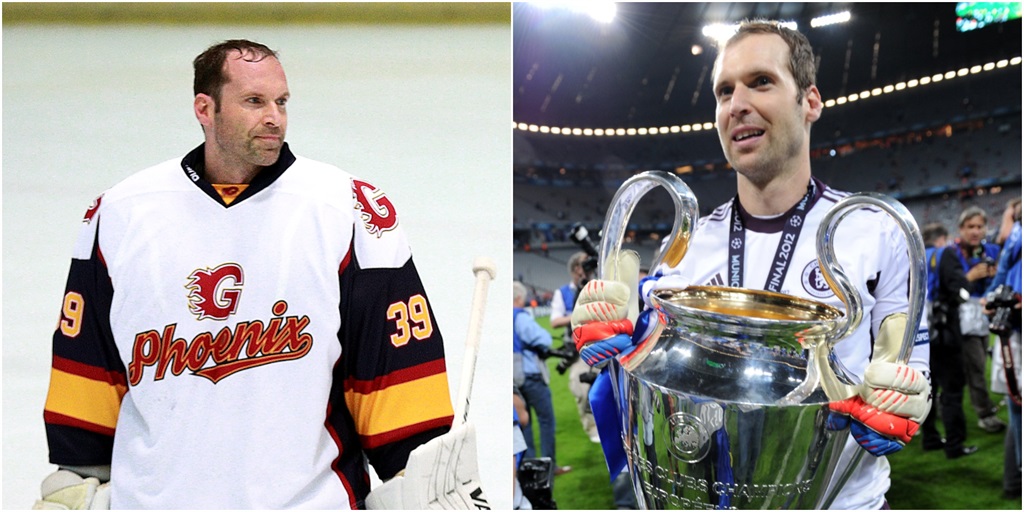 Petr Cech.
Getty
Petr Cech is widely regarded as one of European soccer's greatest ever goalkeepers, and he's now making a name for himself in ice hockey, too.

During a 15-year career with both Chelsea and Arsenal, the Czech shot-stopper won four Premier League titles, five FA Cups, and the Champions League - as well as many individual accolades.

On Sunday, he swapped grass for ice as he stepped out for UK ice hockey team Guildford Phoenix for the first time - but the change of terrain made no difference to his ability between the posts.

Cech, 37, produced a shutout and saved two penalties in the shoot-out as his new side beat Swindon Wildcats 2 in front of a packed crowd at the Guildford Spectrum Leisure Centre.

For his efforts, Cech was named man of the match.

"It was a childhood dream for me to play even one game of ice hockey," he said after the game, according to The Independent. "I've done that now and nobody can take that from me.

"If you have a dream, you chase it and you do everything to make it happen. I've done that in football and all my dreams have come true."

Cech announced his shock move to Guildford, who play in the British National Ice Hockey League South 2, last week in a statement on the club's official website.

**PETR CECH SIGNS WITH THE PHOENIX**

The ex professional footballer will begin his ice hockey career this Sunday when he makes his debut for the Phoenix!

The reveal was initially met with confusion from Chelsea fans, who were unsure whether this meant Cech, who is the club's current technical adviser, was to depart Stamford Bridge.

However the veteran keeper was quick to clarify that he would be continuing his role for Chelsea, and that hockey would only be something he can fit in when his work schedule allows.

"Some people seem to think I changed my job. No, I didn't," he said in a subsequent statement on Chelsea's website.

"Luckily my job is as the technical and performance advisor at Chelsea FC doesn't stop me in my spare time from playing the game I loved as a kid which I've been playing for years.

"While being a professional footballer I couldn't play the game for obvious reasons. Now, I can."