Protesters gather outside the Houses of Parliament
Getty

Over a million people have signed a petition against UK Prime Minister Boris Johnson's plan to suspend Parliament , in order to force through Brexit, as large protests broke out across the country.

The queen on Wednesday agreed to Johnson's request to suspend parliament for almost a month from mid-September, as part of a reported plan to prevent members of parliament from passing legislation designed to prevent Britain from leaving the European Union without a deal on October 31.

The move triggered outrage across the political spectrum with the House of Commons Speaker John Bercow describing it as a "constitutional outrage," and Scottish First Minister Nicola Sturgeon likening it to the actions of a "dictatorship."

Read more: The Queen agrees to Boris Johnson's request to shut down Parliament to force through a no-deal Brexit

Read more: Boris Johnson's plan to temporarily suspend democracy in the UK to force through Brexit is a trap designed to keep him in power There were chants of "if you shut down our parliament, we shut down your streets," in Trafalgar Square as protesters held placards and banners with messages including "Defend democracy," "Stop the coup" and "It's about to go Hong Kong."

Parliament Square tonight. We will take back control pic.twitter.com/b4IK7Uy3zq

A petition set up to oppose the suspension of parliament quickly gathered over a million signatures. 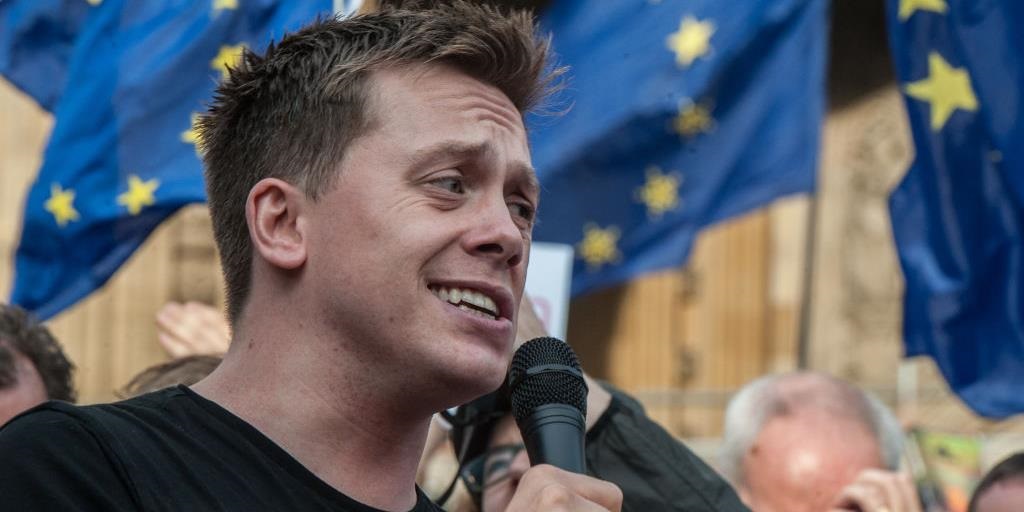 The protests were organised by the activist and journalist Owen Jones.
Getty
The protests appeared to have broader support among the UK population with a snap opinion poll conducted by the pollsters YouGov finding that 47% of UK voters describe Johnson's move as "unacceptable" with just 27% describing it is acceptable.

SNAP POLL: By 47% to 27% Brits say it is unacceptable for the government to suspend Parliament in the run up to Brexit https://t.co/R3fi0E2VDi pic.twitter.com/L1BYkBua4M

Johnson's move appears to have mobilised opponents of a no-deal Brexit in parliament with the former Conservative Chancellor on Wednesday insisting that members of parliament would act next week before the suspension of parliament comes into effect.

"A number of my colleagues would have preferred to wait ... and move in late September," Hammond said.

"That will now not be possible. We will have to try to do something when parliament returns next week."

Related Links
Boris Johnson asks the Queen to shut down Parliament until mid-October to force through a no-deal...
Leaked document reveals Brexit could trigger a Windrush scandal for EU citizens
A 'hard Brexit' could have massive consequences for global air travel — here's what we can expect
Next on Business Insider
Inside Nike's high-profile gender discrimination lawsuit, where plaintiffs claim unequal pay and more