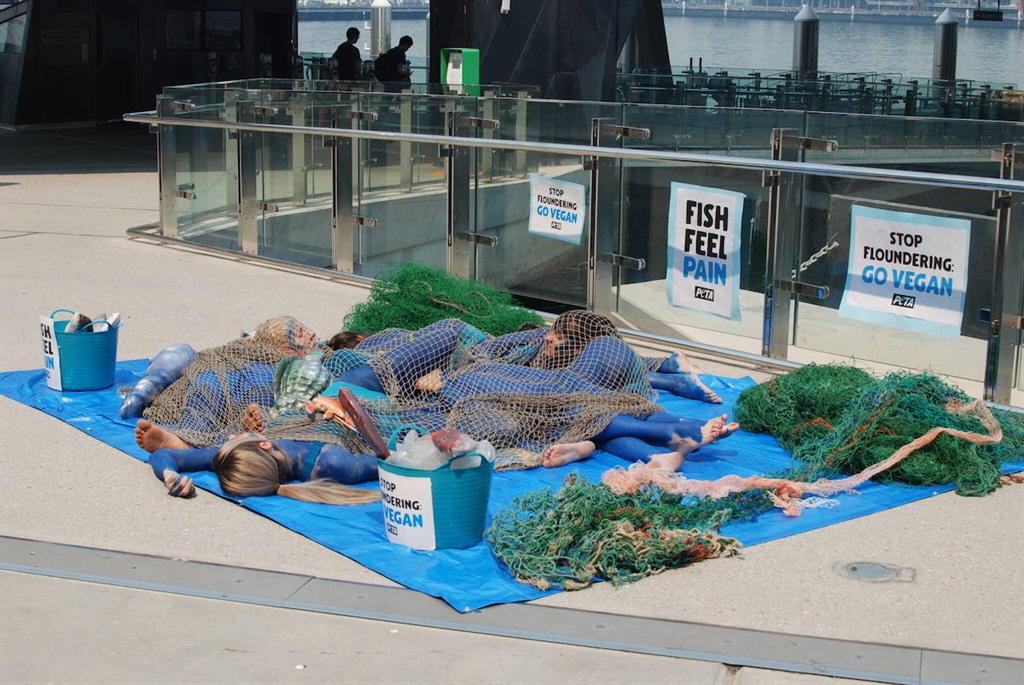 Vegan activists dressed up as dead fish on Thursday morning in protest against Sydney's Fish Market in the run-up to Christmas. 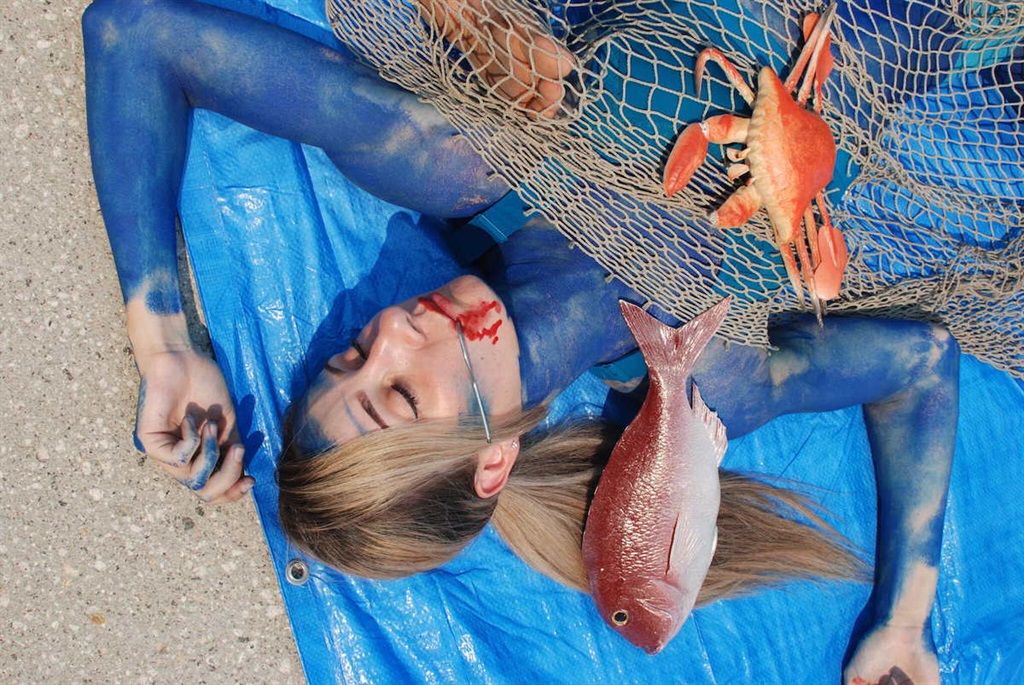 The "fish" wore fake bloodied hooks in their mouths and were surrounded by pretend marine life.
PETA

The protest saw them lying on blue tarpaulin surrounded by fake marine life at Barangaroo Wharf in Sydney, Australia.

PETA UK told Insider the vegan protesters started at 10 a.m. local time and were there for roughly one hour.

The protest occurred just two days after the country recorded its hottest day in history on Tuesday.

The animal rights group was demonstrating against next Monday's annual 36-hour seafood marathon at Sydney Fish Market. The pre-Christmas event, known as "festive frenzy," sees thousands of seafood lovers descend on the market to pick up fresh produce for their Christmas feasts. 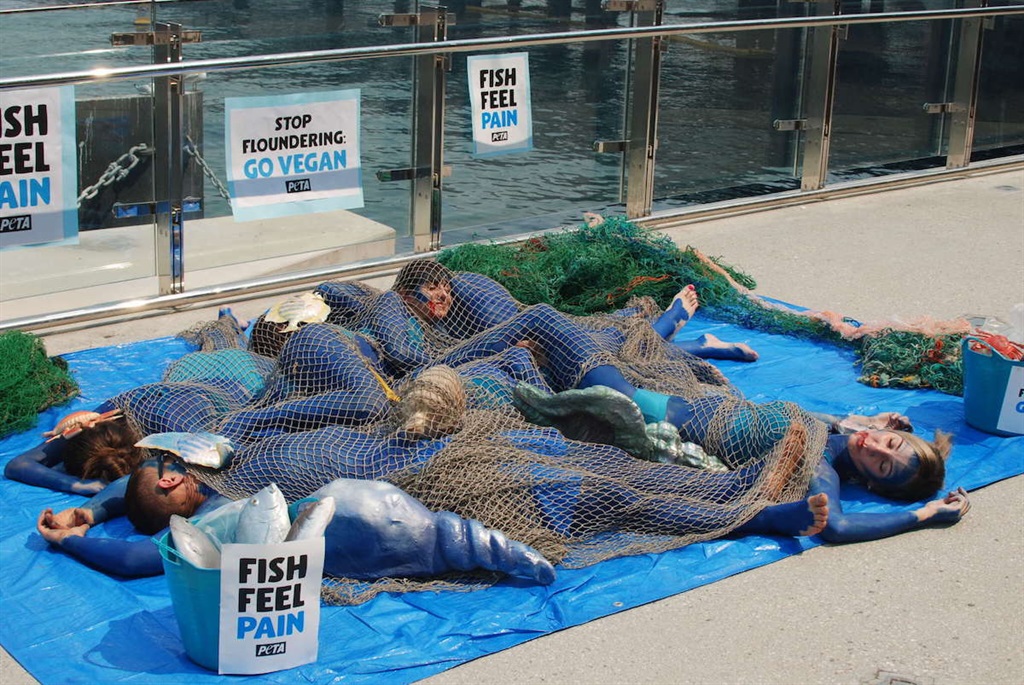 Their protest was against the pre-Christmas "festive frenzy" event, at Sydney's Fish Market.
PETA

PETA spokesperson Emily Rice said: "The 'festive frenzy' is a 36-hour representation of the hell on Earth endured by fish who are netted, dragged out of their aquatic homes, and cut open, all so that their flesh can be sold to consumers.

"This festive period, PETA is urging everyone to extend the season of goodwill to fish and all other animals by choosing delicious vegan Christmas meals." PETA said in a press release that fish feel pain, have unique personalities, recognize human faces, retain memories, and think ahead. It claims more fish are killed for food than any other animal, which is why they're measured in tonnes, rather than counted as individuals.

18 times PETA ads have used nudity, gore, and sacrilege to get your attention

PETA tweeted a chart showing how to stop using 'anti-animal' language, and Twitter is going wild

Justin Bieber tells PETA to 'focus on real problems' after the organization called him out for spending $35,000 on exotic cats