R24 billion later, Pepsi could finally have a fighting chance against Coke in South Africa – and maybe we’ll get Funyuns too 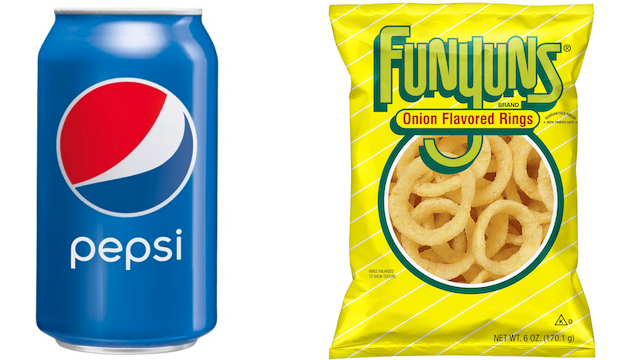 For 25 years every attempt by Pepsi to return to South Africa failed. But this time it may be different, analysts believe – thanks to a R24 billion investment that has little to do with cola.

Parent company PepsiCo's planned acquisition of Pioneer Foods, known for brands such as Weet-Bix and Marmite, could mean Pepsi is on more shelves more often. Pioneer has a massive distribution network throughout South Africa – and the kind of relationship with major supermarkets that make for prime placement.

Pepsico will almost certainly use the Pioneer Foods network to launch some of its products in South African supermarkets, says Schalk Louw, a portfolio manager at PSG Wealth. "Go into any shop, and compare how Coca-Cola is placed compared to Pepsi’s beverages. Coke has pride of place, while the Pepsi products will be right at the back, if in the store at all."

See also: Food giant PepsiCo plans to spend R24 billion to buy the SA maker of Liqui-Fruit and Bovril – in one of its biggest ever deals outside the USA

Through the distribution of its bread and maize meal products, Pioneer also has a strong distribution reach among spaza shops - which now could be used to push Pepsi's products, including Pepsi and Simba.

South Africans love foreign brands – partly because there’s a perception, often unfounded, that the quality is better, says Buss. So for example, Swedish clothing brand H&M has seen great success in South Africa, although elsewhere it is not seen as a premium clothing brand.

PepsiCo may use its massive balance sheet to establish these products locally – by pumping money into promotions. There is a good chance that these brands could gain traction, says Buss.

PepsiCo has built its recent success on the back of crisps; it is the owner of Simba, Lay's, Fritos and Doritos. And its snacks business, rather than its famous cola, may be the first to benefit from new distribution muscle at Pioneer.

Some of its biggest snack products are caramel-coated popcorn and peanuts Cracker Jack, puffed wheat snack Sabritones and the legendary half-century-old fake onion rings Funyuns, which could well be heading to SA shores.

Funyuns look and taste like onion rings, but are actually made from cornmeal – and have a cult following in the United States.

The re-return (again) of Pepsi?

PepsiCo company may also try to use its new reach to push its namesake drink – again.

Pepsi suspended operations in SA in 1985, a year before Coca-Cola sold its South African operations, both in response to pressure to disinvest from Apartheid South Africa. While the Coke name remained strong in the hands of new local owners, Pepsi disappeared entirely.

The dust had barely settled after the April 1994 democratic elections when Pepsi announced what it envisaged as a triumphant return. Coca-Cola was associated with the old South Africa, it said, while Pepsi would be the drink of the new – in part thanks to black US celebrity investors in the new South African operation including Whitney Houston and Shaquille O'Neal.

Two years later, though, Pepsi was still only operating in Gauteng, and talking up a cola war it said may come. Instead Pepsi shut down its SA bottling partner, New Age Beverages, in 1997, saying "Coke's stranglehold was too tough to pry loose".

In 2006 PepsiCo made a second ill-fated attempt to return to South Africa, this time through a "franchise agreement" with Pioneer Foods – the same company it now intends to buy outright. Again consumers just didn't bite, and by November 2014 Pioneer said it could no longer swallow the losses it was running up because of the deal.

In mid-2015 Pepsi found a new partner in South Africa, Softbev, since merged into The Beverage Company. That company too ran into tough financial times before a cash injection from private equity firms.

See also: Pepsi has a surprising strategy to beat Coca-Cola

Related Links
Pepsi has a surprising strategy to beat Coca-Cola
Food giant PepsiCo plans to spend R24 billion to buy the SA maker of Liqui-Fruit and Bovril – in...
Coca-Cola just launched new drink mixers, and they're perfect for whisky fans
Next on Business Insider
15,300 UK KPMG staff could lose part of their bonuses if they don't attend unconscious bias training