People are turning to medication made for horses to treat rosacea, and dermatologists are concerned The horse medicine is packaged in a bulky plunger, designed to force the paste into the horse's mouth. Humans, however, are applying it their faces.
Hollis Johnson/INSIDER
If you've ever experienced rosacea, a mysterious skin disease with no clear cause or cure, you're probably familiar with the difficulty of treating its symptoms: facial redness, painful bumps, and thickened skin. Those frustrations are driving a growing number of people to experiment with an unlikely and inexpensive salve: Veterinary medication originally designed to treat parasites in horses. The treatment is demonstrably more affordable, but it's drawing concern from dermatologists, who say the medicine hasn't been tested on humans and therefore shouldn't be used to treat human ailments.

The use of horse medication to treat rosacea is part of an alarming trend: As healthcare grows costlier, more and more people are turning to medications designed for household pets and farm animals. To deal with bacterial infections, for example, some have ingested antibiotics formulated for fish. Others have abused opioid-based painkillers intended for dogs recovering from surgery. Rosacea appears to be the first human skin disease to be treated with a veterinary medication.

"Horse paste," as the medication is commonly known, contains an antiparasitic compound known as ivermectin - the same active ingredient as Soolantra, an FDA-approved topical gel commonly prescribed to treat rosacea. Ivermectin is believed to inhibit tiny mites of the Demodex genus, which naturally live on the human skin and are thought to play a role in rosacea. Ivermectin is designed to be ingested by horses infected with parasites.
Hollis Johnson/INSIDER

Without insurance, Soolantra typically costs several hundred dollars. And even with insurance, patients can be required to take several other medications, such as the oral antibiotic doxycycline, before their insurance will cover Soolantra (a process known as step therapy).

Horse paste, by contrast, can be purchased from Amazon and vet supply stores for as little as $4 (R54.50), no prescription necessary. The substance comes packaged in a large syringe designed to push it into a horse's mouth. Another difference: Because horses ingest the paste, manufacturers typically add artificial flavoring to it. In most cases, this means it smells like apples.

Doctors and researchers have growing concerns about the widespread use of this homegrown treatment. In a recent bulletin in the peer-reviewed British Journal of Dermatology, two Irish dermatologists, Rebecca Hellen and Siona Ni Raghallaigh, described a patient who "enquired about the use of horse wormer as a cheaper alternative." The dermatologists said they warned their patients against using horse paste because the exact concentration of ivermectin in horse paste (1.87% vs. Soolantra's 1%) hasn't been tested on humans, and could cause a future resistance to ivermectin. Other dermatologists who spoke with INSIDER were similarly wary of potential risks. "I do not think it is good to use the veterinary ivermectin paste," said Nazanin Saedi, a dermatologist affiliated with Thomas Jefferson University in Philadelphia. "It is a different formulation and concentration that what we use."

Margo Weishar, a clinical dermatologist in eastern Pennsylvania, agreed. "Ivermectin is an excellent treatment for the Demodex mite which can colonize the skin of rosacea patients and lead to flares," she said. "Although the active ingredient is the same as in the veterinary preparation, the [rest of the medicine's ingredients] have not been studied in humans and may be irritating, cause allergy, or worse when applied to human skin."

It's unclear whether such warnings are enough to deter people desperate for relief from rosacea. The disease is hardly new - the first historical reference dates to the 14th century - but doctors have not yet determined what exactly causes it. Nor have they developed a cure. More than 415 million people worldwide suffer from the disease, according to the National Rosacea Society, and many of them congregate on Reddit and in Facebook groups - and even on Amazon - to discuss alternative treatments. 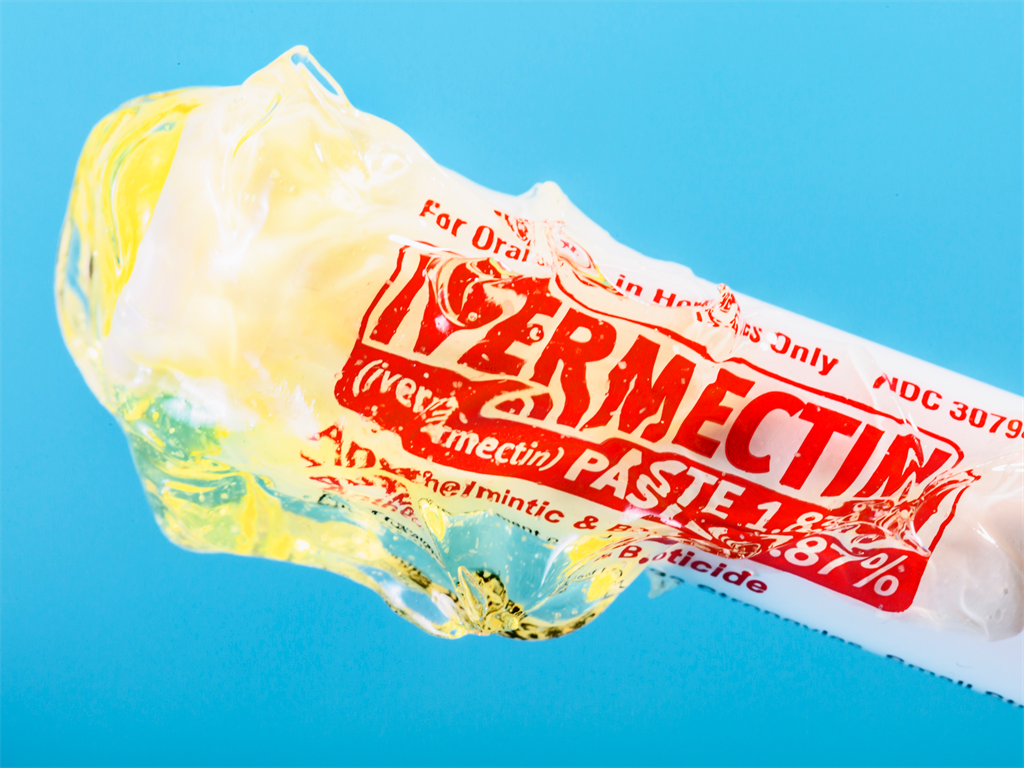 The medicine comes in several varieties, including a transparent yellow gel.
Hollis Johnson/INSIDER

A Reddit user who declined to give INSIDER their name, has used horse paste for type 1 rosacea, which presents as a persistent facial redness. They said they applied the paste twice a day for 16 weeks, with some success.

"I decided to try horse paste because I saw some before and after pictures of a young woman on a rosacea support page on Facebook," the user told INSIDER. "I never achieved the reduction of brightness I was hoping for, but I understand everyone is different and I'm happy with my results. I know it doesn't work for everyone, but they won't know until they try it and they can't try it if they don't know about it."

If you've used horse paste, or have tried other off-label treatments for other diseases, please get in touch.