Chris Evans accidentally posted his own nude photo at the weekend. He was sharing a screen recording from his phone to his Instagram story, but forgot to crop the video so everyone got a glimpse of his camera roll — and the picture of his genitals.

The internet collectively lost its mind while people frantically circulated a screenshot to social media, even though Evans deleted the story straight away. The frenzy didn't last long, though, and people started flooding the hashtags #ChrisEvans and #ChrisEvansLeak with photos of his rescue dog Dodger. Fans also reminded people the actor has anxiety and has suffered from panic attacks in the past with the hashtag #LeaveChrisAlone.

Evans eventually responded on Monday night, asking people to go and vote alongside a facepalming emoji.

#chrisevans is a stand up guy & doesn't deserve 2 have one normal, human mistake to be treated as fodder for ridicule, entertainment or gossip

So here's pics of #chrisevans and his rescue doggo #dodger

People praised the internet's kind reaction to the mistake, but it also brought up memories of the response to when women's intimate photos have been posted online.

For example, in 2019 Bella Thorne leaked her own nudes on Twitter when a hacker got a hold of them and threatened to release them. Thorne was then publicly condemned by Whoopi Goldberg on "The View," who blamed her for getting herself into the situation, saying: "If you're famous, I don't care how old you are, you don't take nude pictures of yourself."

On her Instagram story, Thorne likened this to victim-blaming and said Goldberg's comments were "sick and honestly disgusting."

"Shame on you, Whoopi, shame on you," she said. "And shame on you for putting that public opinion just out there like that for every young girl to think that they're disgusting for even taking a photo like that." 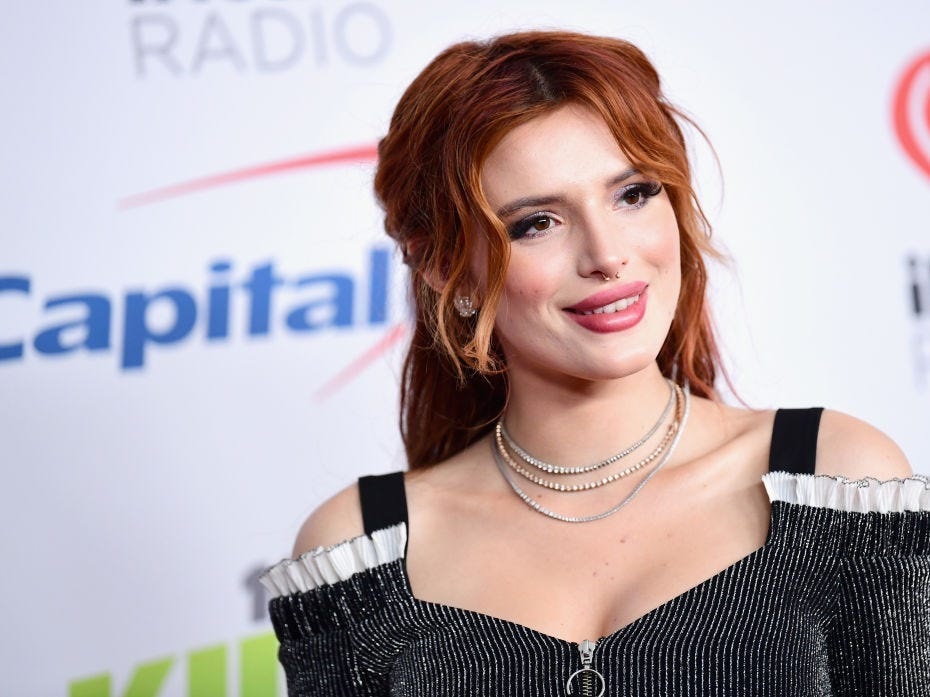 In 2014, Jennifer Lawrence, Kate Upton, and Kirsten Dunst were a handful of the female celebrities who had their private nude photos uploaded to the internet without their consent when their iCloud accounts were compromised by a hacker.

The photos quickly sprung up on Reddit and 4chan where people reshared them with glee, earning the situation the nickname of "The Fappening." Some criticized the actresses for taking the photos in the first place.

A post shared on the subreddit r/TwoXChromosomes noted the double standard in how people responded back then and now. "How people blamed HER for taking nudes of HERSELF on HER own phone, and how she should expect to get hacked because she's a celebrity," the post, written by a user called u/macabruhh, reads. "I'm hoping that the change in reaction between the two celebrities is because we, as a society, are learning and doing better, and not because of double standards, but I really can't tell, and don't want to see another celebrity nude leak from any gender happen to find out."

"2 Broke Girls" actress Kat Dennings was also among the voices asking people to be as kind and understanding when a woman has her intimate photos shared online.

"The public respect for Chris Evans' privacy/feelings is wonderful," she tweeted. "Wouldn't it be nice if it extended to women when this kind of thing happens?"

Many shared the same sentiment on social media.

Writer Audrey Wauchope Lieberstein pointed out that it was mostly women who flooded Twitter "with cute pics of Chris Evans in an attempt to bury the dick pick."

"Men, you gonna return the favor next time?" she asked.