400,000 people are infected each year with coronaviruses carried by bats, study suggests 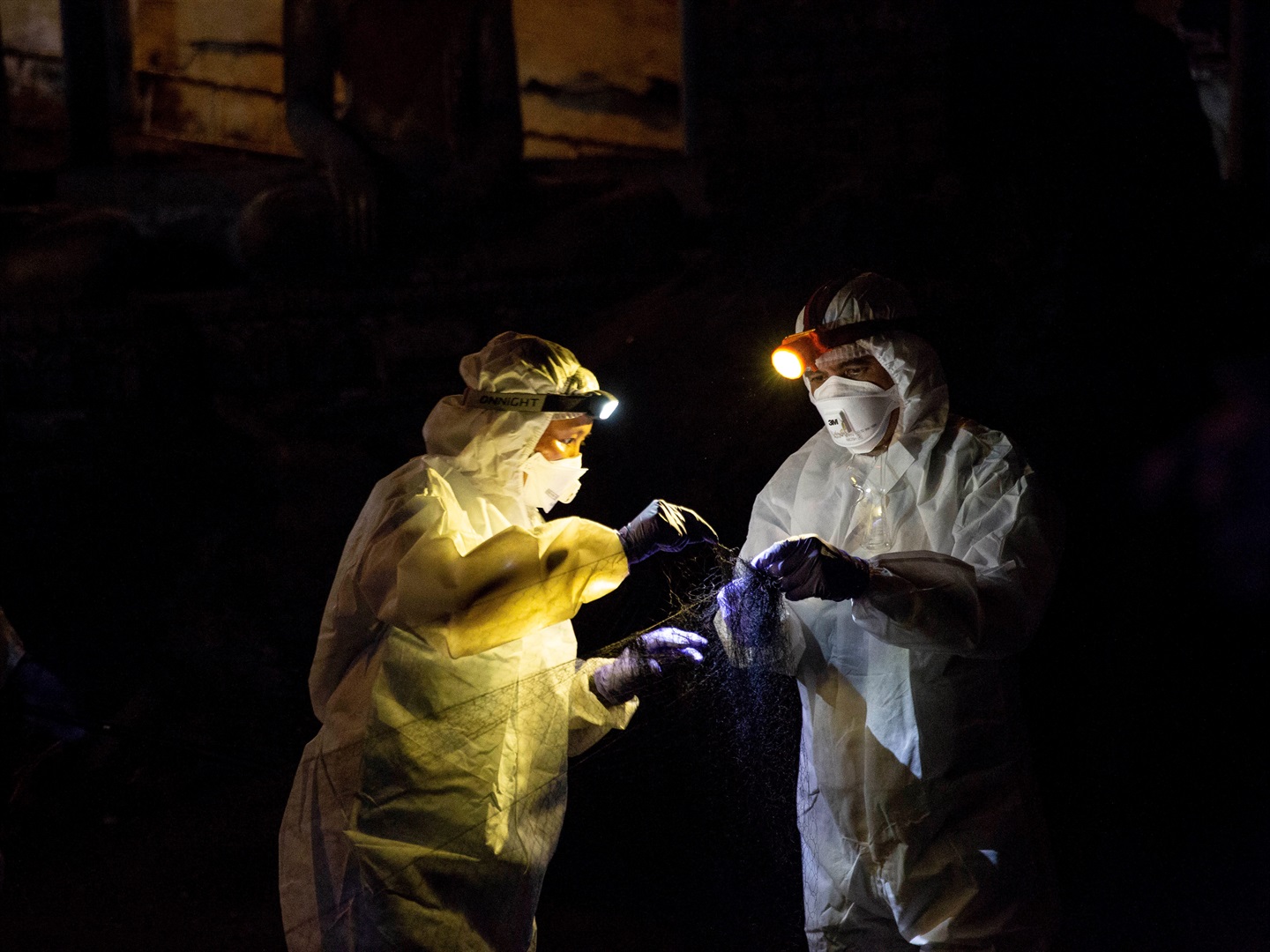 A team of researchers set up a net to catch bats at the Khao Chong Pran Cave on September 12, 2020 in Ratchaburi, Thailand during a mission to understand the coronavirus's origins.
Lauren DeCicca/Getty

Viruses that are similar to the one that causes Covid-19 and are carried by bats infect hundreds of thousands of people each year, according to new research.

The study, led by scientists at US non-profit EcoAlliance, estimated an average of 407,422 people were infected annually with Severe acute respiratory syndrome-related coronaviruses (SARS-r-CoV) from bats.

The figure could even run into the millions, the study authors said in a paper posted Tuesday, but not all these viruses can cause illness or spread in people, they said.

The findings could be used to target areas for surveillance, which could help with earlier and more accurate identification of viruses that could cause the next human outbreak, they said.

Peter Daszak, president at EcoAlliance and lead author, said that "if you can stop this at the level of individual infections, you've got a much higher chance of stopping the next pandemic," per Bloomberg.

About 478 million people live in regions where the bats are, mostly in southern China, eastern Myanmar, and northern Lao PDR, the study authors said.

"This is about finding communities within countries that are at risk and trying to block them from getting infected, helping people in those communities reduce public health threats," Daszak said.

He was involved in the joint investigation into the pandemic's origin between the World Health Organization and China.

Edward Holmes, professor of biology at the University of Sydney, who wasn't involved in the research, told Bloomberg that this study was "probably the first attempt to estimate how often people are infected with SARS-related coronaviruses from bats."

"Given the right set of circumstances, one of these could eventually lead to a disease outbreak," he said.

The researchers first identified 23 bats species known to carry SARS-related viruses, and then mapped an area of 4.5 million kilometers where the bats lived. They then took into account the number of people living in the area, the likelihood of coming into contact with an infected bat, people's behavior, and prior immunity.

The intermediate horseshoe bat, R. affinis, had the largest habitat, comprising about 1.9 million kilometers, an area where about 132 million people live, the researchers said.

The study's methods haven't been formally scrutinized by experts in a peer review.

Other animals carry viruses too

The study focused exclusively on SARS-related viruses in bats. But the viruses don't always go directly from bat to human - there can be an animal in-between such as civets, raccoon dogs, or mink, which are commonly traded for food or bred for fur in the region, the researchers said.

Holmes said that the risk of infection with a SARS-related virus could be "even higher when you factor in all the possible 'intermediate' animal species."