Can spot what's going on in the above picture of people walking down the stairs?

"Each person's foot is hovering an inch or so above the next step," Pelle Cass, a Boston based photographer says by email. "The odds that 19 strangers would be caught at the same crucial instant in the same instantaneous photograph just before landing on the next step must be astronomically small."

How does Cass do it? Calling himself a subversive trick photographer, the artist takes hundreds of photos on a tripod in a single spot over about an hour. He then goes back to his studio and carefully selects content to include in a composite image.

"I don't change a thing and I never move a figure or doctor a single Pixel," he explains. "I simply decide what stays in and what's left out."

Photos in his series "Selected People" can show a perfect spectrum of colors, a collection of people raising their arms, or simply an arrangement the artist finds striking.

"I never pass up the chance to make a joke, visual or otherwise," he adds.

Cass shared a set of photos from "Selected People." See if you can spot what's wrong.

Gus Lubin contributed to a previous version of this post.

You can look at a Pelle Cass photo for several moments before realising it doesn't make sense. Cass, however, claims he doesn't change a thing in his photos. Instead, he takes hundreds of photos on a tripod in a single spot for over about an hour. He then goes back to his studio and carefully selects content to include in a composite image. "I don't change a thing and I never move a figure or doctor a single Pixel,"Cass explained in an interview with Vice. 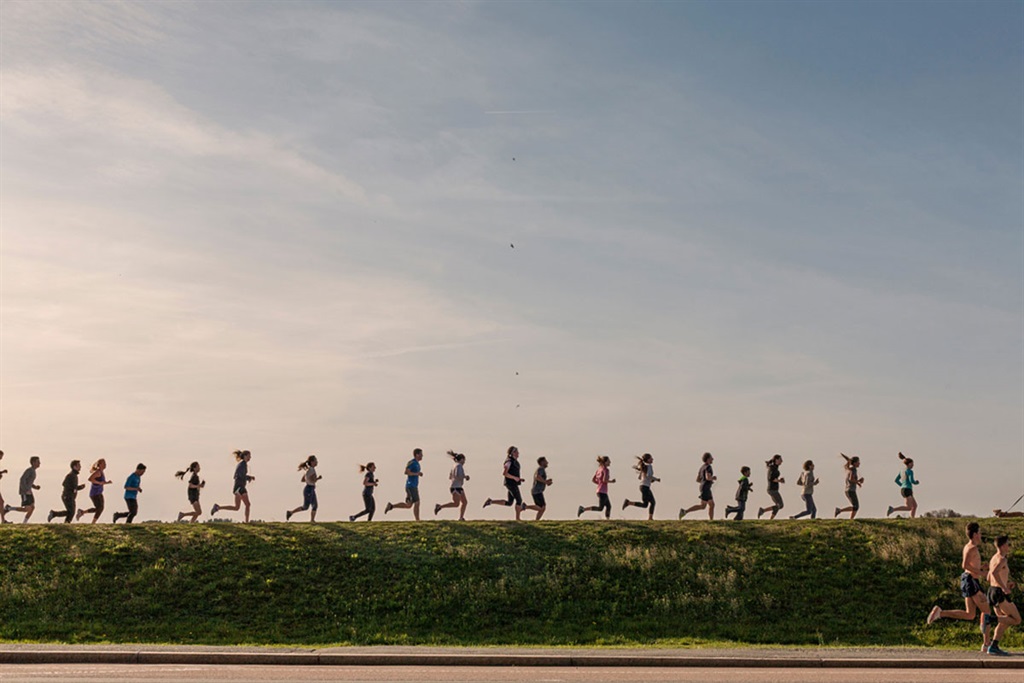 "I simply decide what stays in and what's left out." The Boston artist calls himself a subversive trick photographer. He never passes up the chance to make a joke, visual or otherwise. His subject is the strangeness of time and the world you can only see through a camera lens. In "Selected People," Cass uses Photoshop to "increase imperfection, not remove it." Cass explained that this photo, for example, looks ordinary. "But it turns out that it's all men on one side, all women on the other." "[T]he second picture ... is made up from the same set of exposures covering an hour or so, which shows families holding hands," Cass says. "It’s as if they procreated in the middle of the street." This photo is a spacial trick. "The people around the central figure holding the balloon form a rough circle that isolates him." Cass sometimes does a scene in more than one way. "I want my images to capture some of the texture of everyday life, the stuff you’d ignore or not notice." Related Links
Monkeys munching on McDonald's and more of the year's best nature photos
A photographer uses everyday items to capture stunning photos, and he showed us how to get the...
A photographer captures giant flocks of birds at the perfect moment so they look like...
Next on Business Insider
China rebuts NASA chief's claim that the country is trying to land on and occupy the moon