Shock data: A fifth of SA employees did not receive a salary in June “The -20.7% decline could be the result of job losses or it could be due to a temporary pause in payments, says BankservAfrica, the largest automated payments clearing house in the country, which compiles a monthly report based on salary payments that it facilitates.

The payment data may also be understating the real impact. The majority of payments on BankservAfrica's system are from large corporates and medium-sized firms; the full impact on staff of small firms may not be reflected.

“We have seen this massive slide in salaries processed by BankservAfrica and through the National Payment System in recent months. However, the figure in June is most reflective of the heavy toll that the current Covid-19 crisis has placed on employers and employees who are faced with major financial distress under the current circumstances,” says Shergeran Naidoo, head of stakeholder engagements: BankservAfrica. 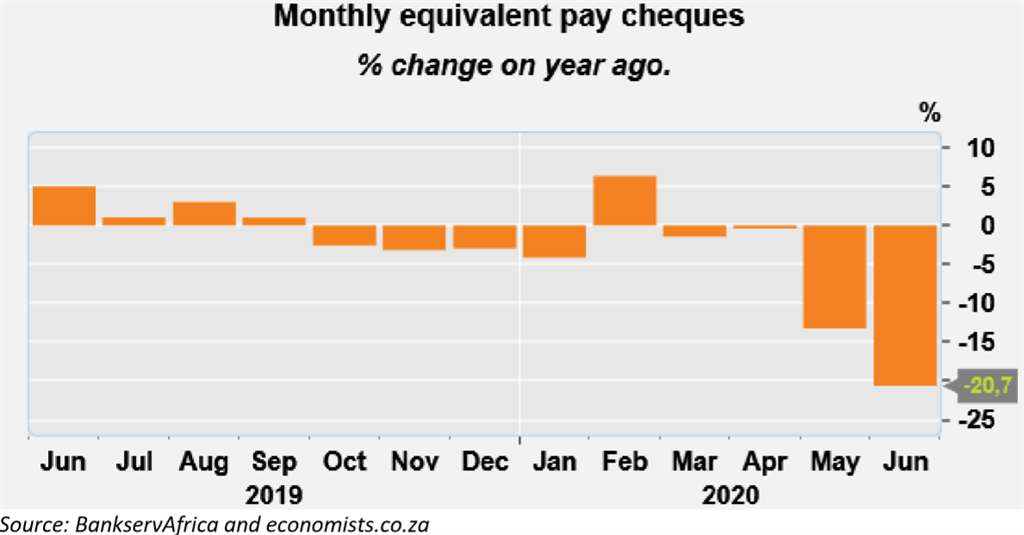 While the lockdown regulations were substantially eased at the start of June, and almost all industries could return to full capacity, many restaurants and hotels remained paralysed, and some establishments were forced to close their doors permanently.

Those who were fortunate enough to keep their jobs, saw a decline in income.

In June, the actual average take-home pay declined by -0.5% after inflation, compare to the same month last year.

After inflation, the average salary payment was R14,197 in June, from above R15,200 as recently as in August last year.

Related Links
Foreign tourists may be allowed back by January, local leisure travel by end-September - report
Amazon's 3,000 jobs in South Africa: Here are some of the positions still available
Heartbreaking photos reveal the jobs massacre at SA's top restaurants
Next on Business Insider
Meta plans to operate 'leaner, meaner’ teams as it preps for slower growth, leaked memo shows