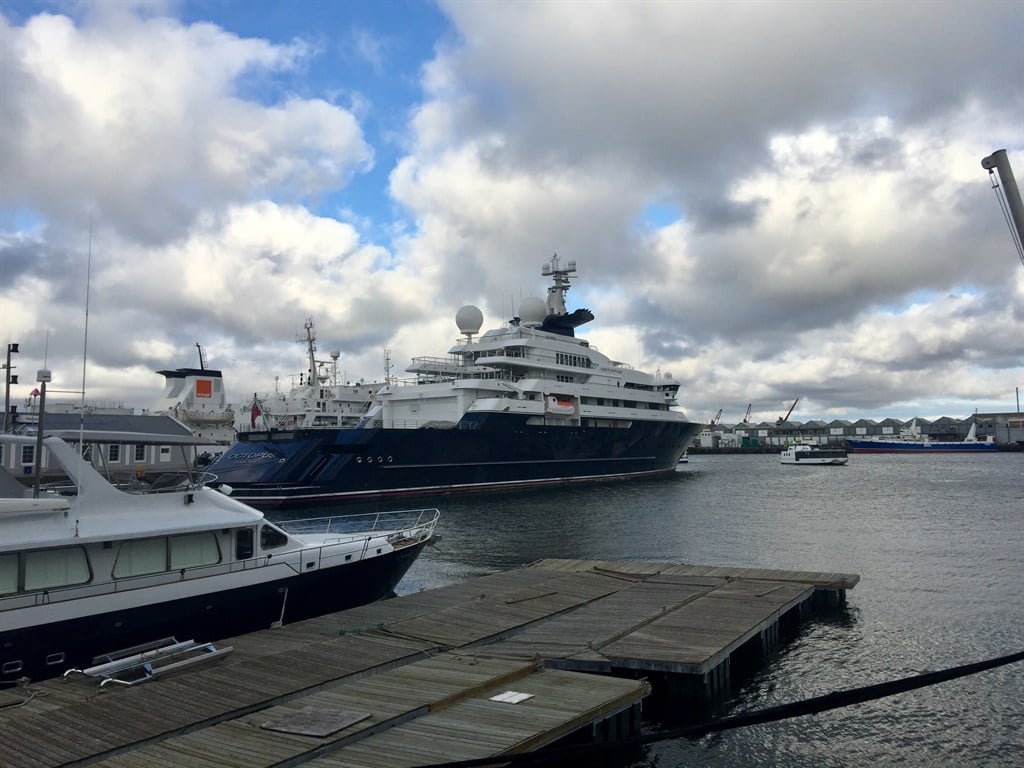 One of the world’s longest yachts, the Octopus – which carries two submarines and recording studios once used by Mick Jagger – docked at the V&A Waterfront in Cape Town on Friday afternoon.

The 126.2 metres yacht, well over the length of a rugby field, cost a whopping R5.7 million ($384,000) a week to operate, Business Insider has previously reported. 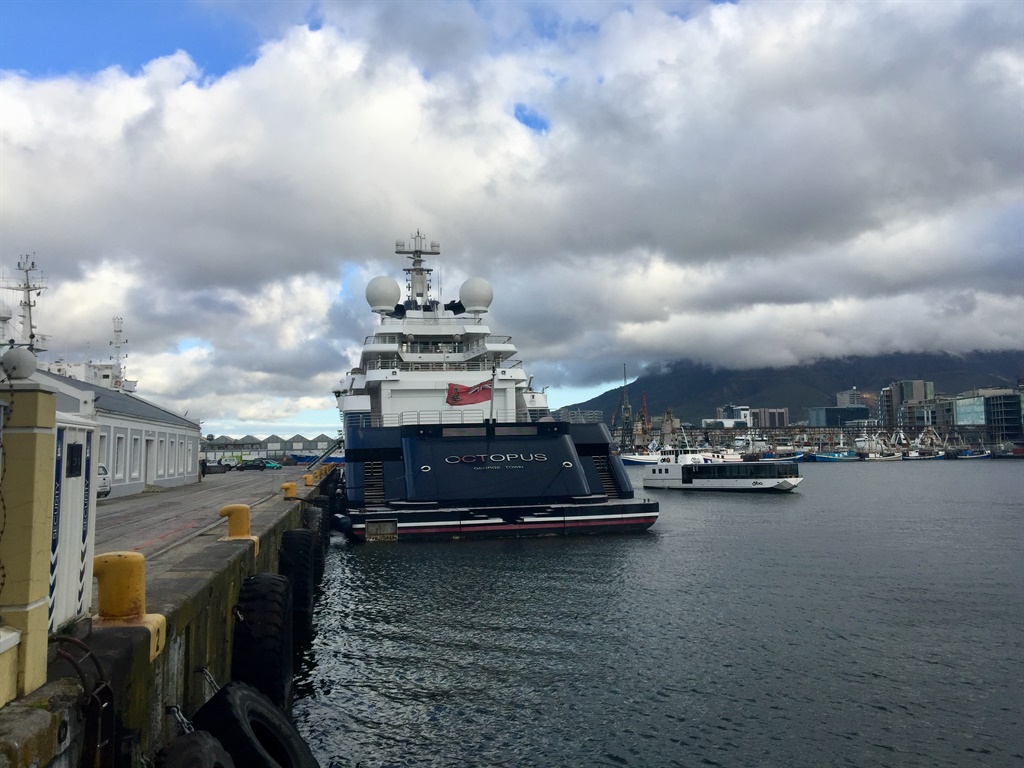 The back of the Octopus with its name and the flag of the Cayman Islands, where it is registered, clearly on display. The basket-ball ring can be seen behind the flag (James de Villiers, Business Insider South Africa)

It is nearly twice the size another 72-metres "superyacht",  the Cloudbreak, which docked in Cape Town in February.

READ: The R1 billion yacht belonging to one of Russia's most eligible bachelors has just docked in Cape Town

Octopus is owned by the 65-year-old Microsoft co-founder Paul Allen, the 45th-richest person in the world with an estimated net worth of $20.5 billion (R308 billion).

Its extras include two helicopters, a basketball court, and a movie theatre. One of the submarines inside the Octopus (Instagram, @melissabolona)

Sixty full-time staff service a maximum of 26 guests in 41 suites on the yacht. It has frequently been used for research expeditions, including the discovery of Japanese battleship Musashi of the coast of the Philippines.

It was built in 2003 by German shipbuilders Lürssen, and refitted in 2008. The back of the Octopus with a swimming pool (Flickr, donjohnson395)

Allen is well known for throwing lavish parties on the Octopus, where stars such as Usher, Dave Stewart, U2, and Johnny Cash have performed.

Allen has also gained a reputation for having his own live performance at the parties where he plays the electric guitar.

According to the V&A’s yacht office, the yacht will be in Cape Town the next couple of days, but no definite date for departure has been set.

Related Links
The R1 billion yacht belonging to one of Russia's most eligible bachelors has just docked in Cape...
Satellite photos show Hawaii's Kilauea volcano filling an entire ocean bay with a river of hot lava
Scientists just discovered NASA accidentally flew through a blast of alien ocean water in 1997
Next on Business Insider
NASA's Voyager 1 is sending mysterious data from beyond our solar system. Scientists are unsure what it means.