Palladium crystals. Photo: Wikimedia Commons
Since the start of this year, the price of palladium – a silvery-white metal primarily found in South Africa and Russia – has jumped by more than 22%. In a single day, on Friday, the price increased by $150 an ounce. On Monday, it continued its rally - gaining more than 3%. 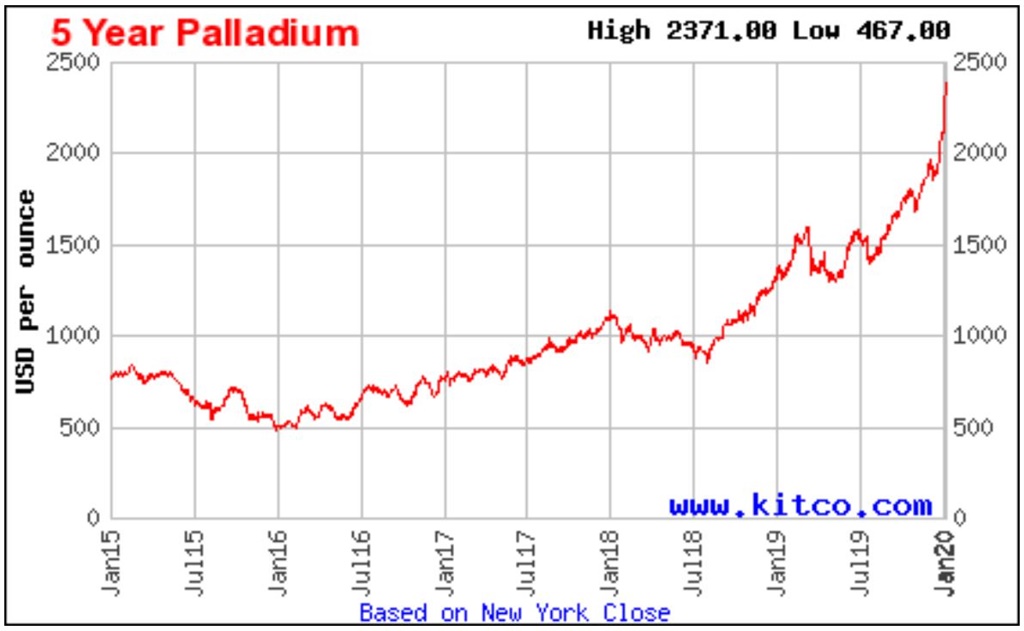 Why is palladium in such hot demand?

Palladium has special qualities which allows it to help turn toxic gases into water vapour and other less-dangerous gases. Almost 90% of palladium is used in vehicle exhausts to help reduce emissions from cars. Platinum has similar characteristics, but is not as effective as palladium - particularly not in petrol-fuelled vehicles.

As countries around the world tighten their emission rules for vehicles, so the demand for palladium has increased.

There has also been a shift from diesel (which uses predominantly platinum) to petrol vehicles (mostly palladium), in part due to Volkswagen’s rigging of diesel-emissions testing equipment in 2016.

But while demand is booming, the supply of palladium – which is primarily mined as a by-product of platinum and nickel – is under pressure.

South Africa is a major palladium producer, and with Russia, dominates the market, each delivering around 40% of the world’s palladium.

Demand has outstripped supply for almost a decade, and the latest mining output numbers in South Africa scared the market – production of platinum-group metals (including palladium) fell by almost 14% in November. It is getting more difficult and costly to mine platinum and palladium in South Africa, with mines getting deeper.

Still, in truth, production of palladium has remained rather resilient in South Africa, at between 2.5  million to 2.7 million ounces a year since 2015, says Seleho Tsatsi, an investment analyst at Anchor Capital.

Other factors driving the palladium price is that there is no real substitute for it – platinum is cheaper, but it does not currently match palladium’s performance in petrol-fuelled cars. Also, there is new lithium battery technology being developed that requires palladium.

But what hots up, inevitably cools down at some point in the market and René Hochreiter, consulting mining analyst for NOAH Capital Markets and Sieberana Research, believes that the palladium price will correct.

Still, it should remain at current higher levels – compared to historic prices - for the next five years, Hochreiter says.

What does the palladium spike mean for South Africa?

More expensive palladium should bring in a much-needed boost of tax income, at a time when government is struggling with worsening state finances.

Tsatsi believes the rallying palladium price should be a fiscal boon for South Africa, given that the platinum group metal sector is one of the largest contributors in terms of mining sector royalties. In the previous year, these mines paid more than R850 million in mining royalties – compared to only R590 million from gold and uranium.

The palladium price rally is already having an impact on the profitability (and tax liability) of mining groups in the sector, with Implats reporting a five-fold increase in its gross profit to almost R7 billion in the past year.

To be sure, it probably won't save SA finances: mining only contributes around a tenth of South Africa’s company income tax, and around 5% of personal income tax, according to the latest SARS numbers.

But every bit of extra tax earned from companies could help to ease pressure on government finances, lessening the need to hike taxes on SA consumers, who have been shouldering an increasing tax burden in recent years. 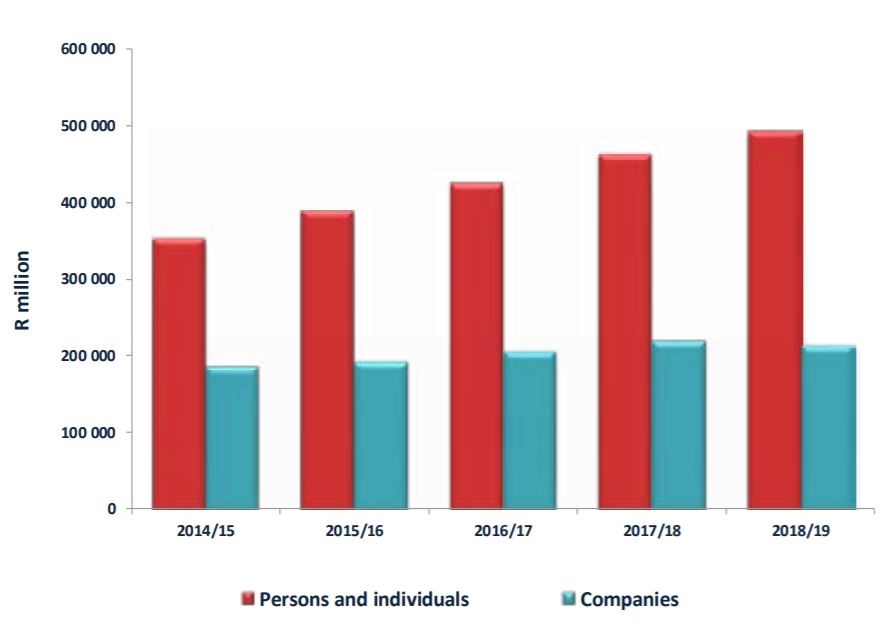 In theory, the stronger palladium price should also give a boost to the rand, as SA’s export performance improves. Precious metals represent about a fifth of SA’s exports

It could also mean new investment in South Africa’s troubled mining sector, with Canadian mining company Ivanhoe’s new majority-owned Platreef mine near Mokopane in Limpopo  one of the most promising palladium projects.

How do I invest in palladium?

Alternatively, you can invest in companies that mine palladium.

Hochreiter, believes there is “tremendous value” in some of the local miners of palladium, and singles out Sibanye and Anglo Platinum.

“[Their share prices] are nowhere near reflecting the current rhodium and palladium prices at the current rand/dollar exchange rate."

Tsatsi also believes the platinum sector is looking cheap - if current PGM prices hold for any meaningful length of time.

“A company like Sibanye-Stillwater, for example, should continue to be able to deleverage its balance sheet quickly.”

Sibanye-Stillwater and Impala Platinum have made major acquisitions of North American assets with large palladium exposure in recent years. “Those acquisitions look particularly attractive given palladium’s run for those two companies, but the rally is obviously beneficial for the wider sector as a whole,” says Tsatsi.

Related Links
‘South Africa is coming back.’ Almost half of Bank of America’s top EEMEA shares for 2020 are...
An investment in this SA giant a year ago would have delivered an incredible 290% return
South Africa’s new stock markets started to nibble the JSE’s lunch this year
Next on Business Insider
The US and allies have reportedly floated capping Russian oil prices at as low as $40 a barrel