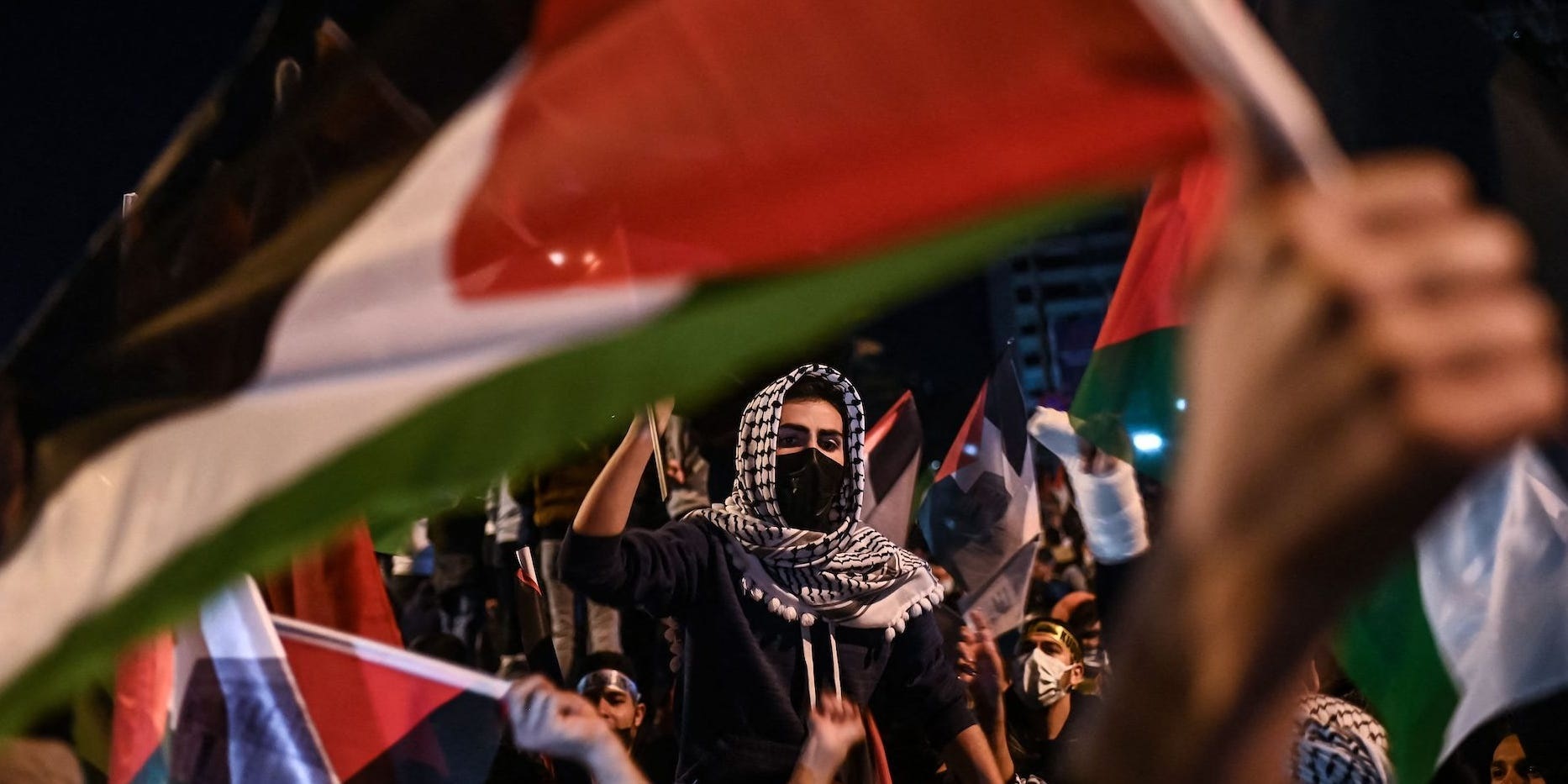 Protesters wave Palestinian flags during a demonstration against Israel in front of the Israeli Consulate in Istanbul.
OZAN KOSE/AFP via Getty Images

A Palestinian-American journalist said Twitter asked her to delete some tweets while she was reporting live from the West Bank.

Mariam Barghouti told Motherboard that Twitter asked her to remove some tweets.

"To be frank I'm not sure which tweets, I was at a demonstration being chased by Israeli military jeeps along with hundreds of Palestinians near Ramallah," she told Motherboard.

According to Motherboard, Barghouti had been on the ground covering protests against the planned evictions of Palestinians in East Jerusalem. The expulsions stoked longstanding tensions between Israel and Hamas, the Gaza militant group. On Monday and Tuesday, Israeli forces carried out airstrikes in Palestinian territories, and Hamas fired rockets at Israeli cities.

"We took enforcement action on the account you referenced in error. That has since been reversed," a Twitter spokesperson said.

In an Instagram Story, Barghouti said in response: "Twitter said it was a mistake. I think I just have more visibility than other accounts."

According to Motherboard, she had tweeted shortly before her account was restricted: "I feel like I'm in a war zone in Beit El. Israeli keeps just went full forces with hundreds of teargas canisters shot."