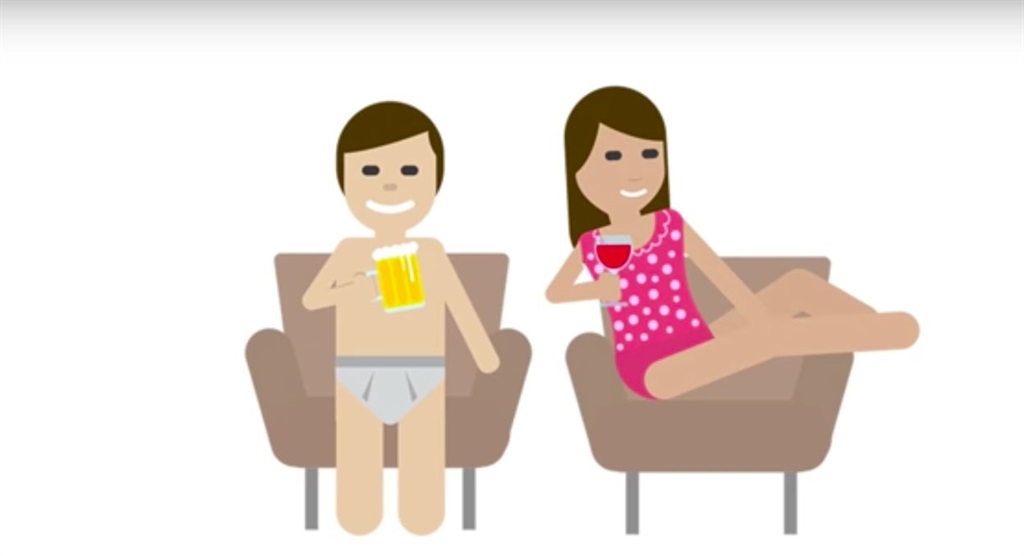 There's a new Scandi lifestyle trend doing the rounds — and this one involves drinking at home, alone, and in your underwear.

First came "hygge," the Danish word for cosy. Next, albeit briefly, it was all about "lagom," a Swedish word meaning "just the right amount, following by "friluftsliv," a philosophy that encourages people to spend time outdoors, enjoying nature, and indulging in wholesome activities such as mushroom-picking and drinking birch sap.

Now, "päntsdrunk" has been brought into the mainstream by Finnish journalist Miska Rantanen, who describes the trend of "drinking at home, alone, in your underwear" in his new book Päntsdrunk (Kalsarikanni): The Finnish Path to Relaxation — and the key really is in the title.

Päntsdrunk is an anglified version of the special Finnish word "kalsarikänni," which got some air time in 2017. The concept was created to help people deal with the cold and dark winter months in the Nordics, according to MailOnline.

It is such a common practice, The Times reports, that Finland's Ministry of Foreign Affairs designed two emojis to help explain Finnish culture to foreigners — one of a man and one of a woman, both drinking alcohol in their underwear, sat on armchairs. It describes kalsarikänni as "the feeling when you are going to get drunk home alone in your underwear — with no intention of going out."

"It is no coincidence Finland consistently rates in the top five in happiness ranking," publisher Penguin writes of the book. "In Finland, Päntsdrunk is considered a path to recovery and self-empowerment to help you face your future challenges, much like the 'lagom' or 'hygge' of their other Scandi neighbours.

"The Päntsdrunk method also includes bingeing on Netflix, scrolling mindlessly on your phone, sweet and salty snacks, sofa time, and blocking all work communications. It will lead you to a healthier, more energising and relaxing life – wherever, whenever," the publisher added.

"Päntsdrunk (Kalsarikanni): The Finnish Path to Relaxation" comes out on June 5.

Related Links
The drought will push up wine prices by up to R47 a bottle. Stock up now with these reds.
11 'bad habits' that are actually healthy, according to science
Sweden is telling its citizens to prepare for crisis or conflict — and it's 'becoming a bit of a...
Next on Business Insider
Here's how the US handled its first ever monkeypox outbreak that infected dozens of people