While many people have a bucket list full of places they want to see in their lifetime, some bucket list destinations just aren't worth the hassle. From famous landmarks with overly average ratings to destinations that are simply tourist traps, there are many popular spots around the world that aren't all they're cracked up to be.

Take a look at some of the most overrated bucket list destinations that you don't need to prioritise.

Some say Stonehenge is better viewed from the nearby highway. Stonehenge is an intriguing monument, made famous for its mysterious configuration and prehistoric age. But the exorbitant cost of the ticket doesn't add up with the distance you have to maintain from the structure, and the disappointing museum experience afterward. You're better off checking it out from the (very nearby) highway if you're in the area.

The Vatican is so packed with tour groups that enjoying the sights is difficult. The Vatican, which is home to the Sistine Chapel, St. Peter's Basilica, the Vatican Museums as well as the pope, is a must-see - but a lot of people think so.

The sights are usually filled with long lines and crowds of tourists, making it hard to actually stop and take in the sights.

One Quora user called it "the most frustrating tourist trap I've ever encountered," likening her time there as getting "railroaded straight through as though you are cattle going to the slaughter." She claimed that she couldn't even enjoy the Sistine Chapel due to crowds, and that she has "never been so terrified of being trampled in my life."

The Leaning Tower of Pisa is smaller in person and overcrowded. The Leaning Tower of Pisa is the primary reason people visit the city, but it has become so populated that it's hard to enjoy.

It is also surprisingly small, and pretty expensive to see.

Niagara Falls itself is gorgeous, but what surrounds it is overpriced chain restaurants and hotels that ruin the experience.

Niagara Falls has been taken over by tacky chain restaurants, hotels, and entertainment centers that damage the nature-filled experience tourists want to have when visiting the area.

The expansion of the city of Cairo, Egypt, has lessened the wonder of the pyramids, which are now a short walk away from fast food restaurants. While the pyramids are no doubt stunning, with the way the city of Cairo has grown they can be viewed from the city, which somewhat detracts from their mystique.

The Blarney Stone experience consists mainly of waiting in a line with hundreds of people to kiss something that has been kissed by hundreds of other people.

Legend has it that kissing this slab of limestone will give you the "gift of gab" - eloquence, in other words. Maybe that's true, but what's also true is that the stone is covered in other people's germs and spit, and you'll probably wait a long time, and pay around $19 (R290) , to get your smooch in.

Rick Steves named the attraction among his top 10 tourist traps in Europe, and TripAdvisor reviewers say the castle views and gardens are as unimpressive as the stone itself.

Though the movies make it seem like the perfect vacation spot, Las Vegas is really just overpriced and touristy.

There's a reason why locals avoid Times Square at all costs.

Just looking at the slew of negative TripAdvisor's reviews on Times Square should be enough to deter you from visiting. Users agree that it is dirty, packed, stressful, filled with way too many dingy Elmos.

The Eiffel Tower is probably one of the least magical areas to visit in Paris.

Unless you by tickets in advance, lines to get to the top of the Eiffel Tower can be absurdly long. Plus, tickets to the top can cost up to $30 (R458)! While the Eiffel Tower is a must-see, it is best seen from a distance. Because you know what any photo of Paris from the observation deck will be missing? The Eiffel Tower!

Be prepared for costly tickets and lengthy lines when visiting the Empire State Building. 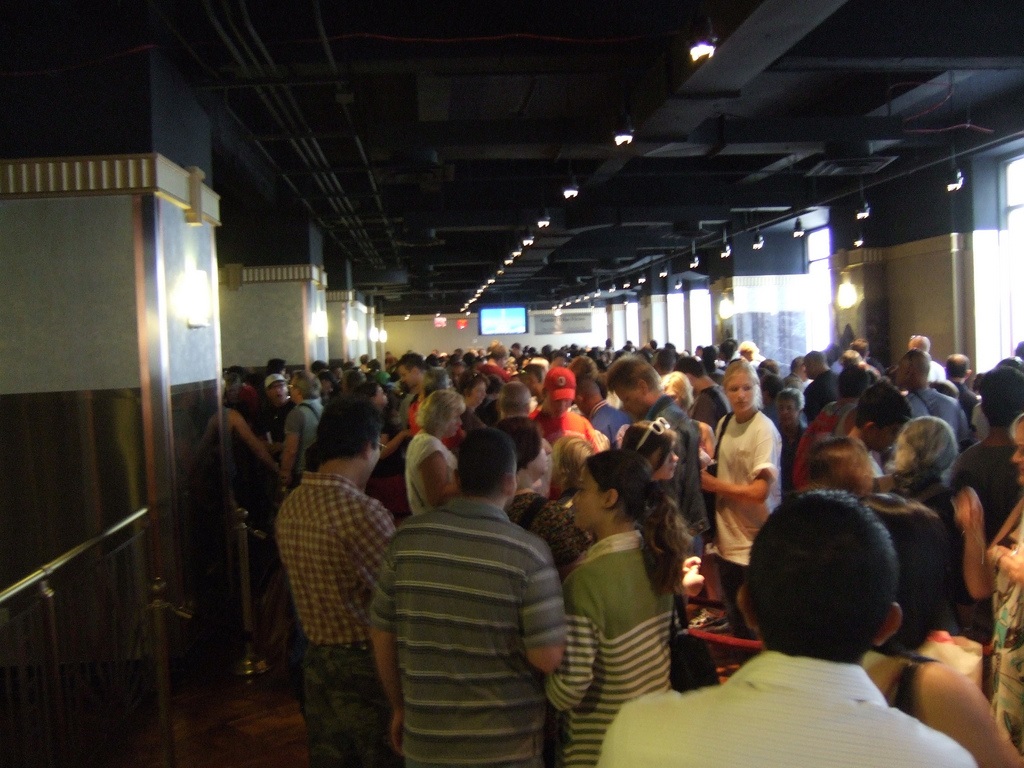 Finally, the inside looks like a convention center, and you'll be faced with long lines and expensive tickets.

The Hollywood Walk of Fame is not nearly as glitzy as tourists would hope.

The Hollywood Walk of Fame does the opposite of reminding people of the glamour of Hollywood: it's dirty, crowded, and filled with tacky street performers.

The Four Corners Monument is the only place where you can stand in four states at once, which seems exciting, but is highly underwhelming. Once tourists stand on the Four Corners Monument, which promises the thrill of standing in New Mexico, Colorado, and Utah, all at the same time, the only reasonable next question is "Now what?"

Even better, it's allegedly 1,800 feet from the actual intersection of those four states.

Christ the Redeemer is a trek to get to, and not one that's worth it. While the views from the top are undoubtedly beautiful, getting there is a schlep not worth the trek.

Visitors to the Christ the Redeemer statue in Rio de Janeiro, Brazil, must take not one, but two buses to get there, meaning they must wait in not one, but two lines... and a third at the entrance.

Once there, visitors are too close to the statue to actually take a decent photo of it.

No local would be caught dead in a gondola in Venice. Taking an overpriced gondola captained by someone dressed like what foreigners imagine Italians to look like is one of the most corny and touristy things to do in Venice - and that's before the gondolier starts singing (which costs extra, mind you).

The Red Light District in Amsterdam is more depressing than titillating.

Besides gawking at the workers, this area is mostly filled with drunk frat boys on Spring Break and various rowdy bachelor parties. It's neither titillating nor debaucherous, but simply charmless and depressing.

Sure, Buckingham Palace is where the queen lives, but there's not much you're allowed to see besides its exterior... from a distance. Buckingham Palace is one of London's top tourist attractions. Unfortunately, TripAdvisor reviews warn that it ends up being a crowded experience ultimately ending in not much more than a photo opp. Plus, all you get to see is the exterior, and only from a safe, padded distance.

The Space Needle in Seattle is smaller than it seems, and doesn't provide as great a view as expected.

There's also a likely chance it will rain, messing up your view even more. Between that and the $29 (R443) ticket cost to wait in the long lines, it's probably not worth it to go to the top.