SA refused to red-list African countries in 2020. Four have imposed restrictions on SA. 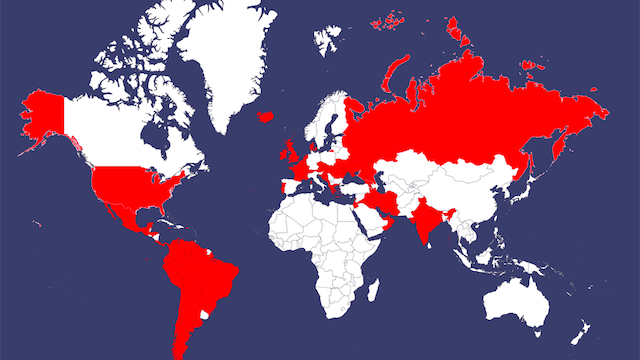 In October 2020, South Africa reopened its borders after a long coronavirus lockdown. In order to mitigate the risk of doing so, the government said, it was essential to retain restrictions on countries with higher level of Covid-19 spread than in South Africa. So leisure travellers from many of SA's most important sources of tourists – including the United Kingdom and the USA – remained barred from entering SA.

At no point did that red list feature any other countries on the African continent. Instead, other countries in Africa were granted automatic and unconditional (beyond the need for a negative PCR test) access to South Africa, and that was coded into every part of official rules.

South Africa's red list was adjusted from time to time, adding other important tourist markets such as Germany, but the position on other African countries remained firm despite serious and valid criticism: high levels of infection in several African countries, any poor disease surveillance in many more, which posed a significantly higher theoretical risk than could be assumed for countries that did feature on the red list.

On the weekend, Rwanda joined countries such as the UK and USA in banning direct flights from South Africa. Its embassy in Pretoria asked that questions on that ban be put via email, but did not respond to email.

Breaking; Direct flights between Rwanda and southern Africa are temporarily suspended in response to the recent #Omicron Covid-19 variant.

That came after Angola "suspended" air travel from the six countries initially targeted by the European Union and others for special Omicron restrictions: South Africa, Botswana, Eswatini, Lesotho, Namibia, Mozambique and Zimbabwe. The country's national airline said it would halt flights "pending further instructions" from its government. The airline then set up repatriation flights from Johannesburg for Angolan nationals.

The Angolan mission in South Africa could not immediately be reached for comment.

Egypt and Mauritius too have closed their borders to South Africa. Neither have the same depth of relationship with South Africa as do Angola and Rwanda, but there is not-insignificant travel in both directions. In pre-pandemic December 2019, South Africa recorded 762 travellers arriving from Egypt, and 2,051 from Mauritius.