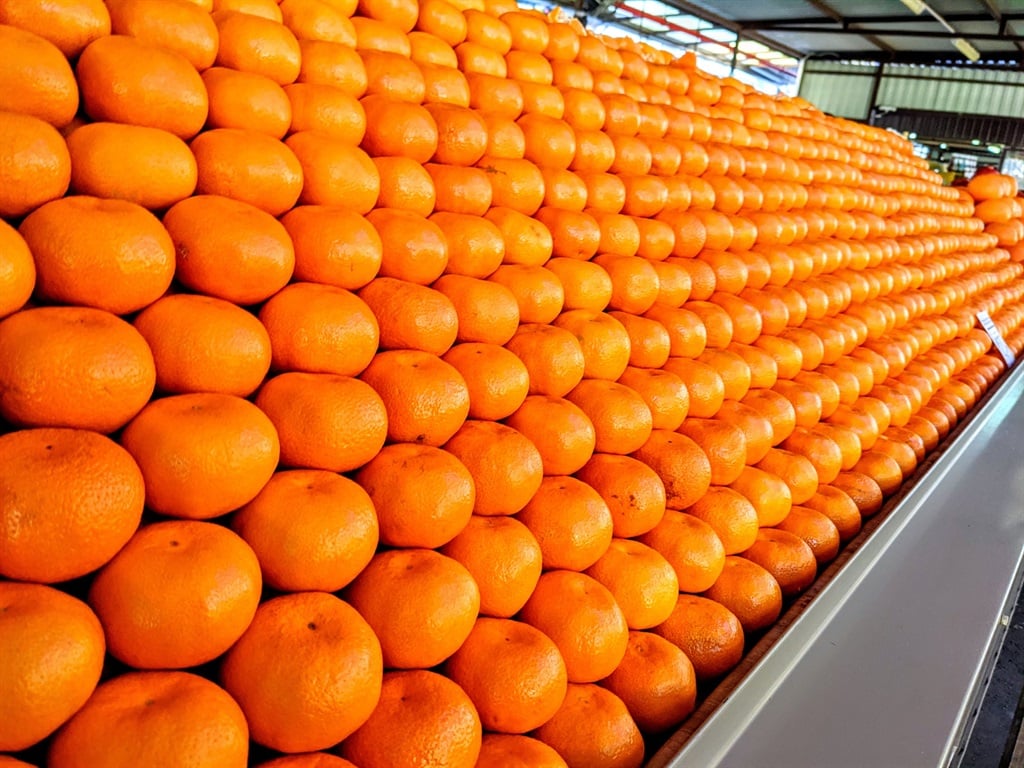 The ripple effect from the congestion at the Durban port caused by the recent unrest in the country and the cyberattack on Transnet has started to reflect on orange prices.

Prices for the fruit increased to R3.08 per kilogram last week after the Citrus Growers' Association (CGA) instructed farmers in the northern parts of the country to halt harvesting and packing fruit in an attempt to ease the pressure from the logjam at Durban port.

With nowhere else to send already harvested fruit, farmers dumped oranges at fresh produce markets, with volumes increasing by as much as 13% in one week, Dr Johnny van der Merwe, managing director of agricultural information group Agrimark Trends (AMT), said.

"In the citrus market, the latest orange prices decreased to R3.08 per kilogram where volumes delivered to local markets increased by 13% week on week; mostly due to logistical issues and export constraints," Van Der Merwe said in his weekly video that tracks the market prices for fresh fruit and vegetables.

In the previous week, oranges sent to fresh produce markets were already decreasing, given the fruit's season has begun to phase out. Oranges delivered had declined 7%, he said.

The citrus association said it doesn't expect the suspension of the harvesting to create a glut and noted that some fruit has continued to be shipped to key markets across the world.

"Citrus growers heeded our call to suspend harvesting and packing last week; the number of trucks headed to the port of Durban was significantly reduced to help ease congestion," Justin Chadwick, CEO of the association, said.

He said there had not been additional requests to extend the suspension of packing or harvesting, stating that the CGA would be meeting with all relevant role-players on Friday to re-assess the situation.

If any more suspensions are imposed, it would heavily weigh on the citrus industry, said Ignatius Steenkamp, packing house manager for Ambrosia Citrus Estate based in Hoedspruit, Limpopo.

"We need to finish as early as possible so that we can reset the trees for the next season's harvest. What's going to happen now is that if there's a long delay then, it's definitely going to affect production next year," said Steenkamp. Should the situation force growers to start harvesting later than they should next year (around June), South Africa's citrus exports would coincide with other countries delivering to critical markets.

South Africa exports citrus mainly to China and Europe. It also sends to Russia, the Middle East, and some Southeast Asian countries.

"If we harvest too late, we will clash with other countries that are also exporting to the same markets that we [have], then that’s a big price influence, and we'll get less for the product," he said.

The industry would have to look at another alternative, such as dumping more fruit at juice factories to help absorb the oversupply; if not possible, it would be repurposed as compost, which would have substantial cost implications for farmers, he said.