A chef makes desserts that look like random everyday objects, and his optical illusions will play tricks on your eyes This "sponge" is entirely edible.
Courtesy of Chef Ben Churchill

At first glance, Ben Churchill's Instagram and Facebook pages seem to be filled with photos of random, inedible objects and savory dishes like eggs over toast.

But the professional chef, who taught himself how to make desserts three years ago, is actually an expert in all things sweet. A self-described food illusionist, Churchill regularly transforms decadent cakes into dirty kitchen sponges, fresh parfaits into moldy oranges, and panna cottas into ashtrays - all while ensuring his creations remain delicious, despite what they may look like.

INSIDER previously spoke with Churchill in June 2018 to find out more about his expectation-defying desserts. Ahead of the July 2019 release of Churchill's new cookbook "Food Illusions Vol. 1 The Revision", take a closer look at some of his mind-blowing illusions below. One of his most well-known creations is an olive oil sponge cake that's disguised as a dirty kitchen sponge. Churchill tops the cake with a mint crumb, which resembles the abrasive side of a sponge, and foamed sweet milk "soap suds." He also adds toffee sauce and a baked apple coulis to mimic the appearance of dirty dishwater and dishwashing soap, respectively.

Many of his creations are intentionally designed to look inedible. If you're willing to take a bite of this moldy orange, you'll find that it's actually a fresh orange parfait, covered with a dusting of white and green bubblegum meringue powder.

Although he's been a professional chef for over a decade, Churchill is self-taught when it comes to desserts. 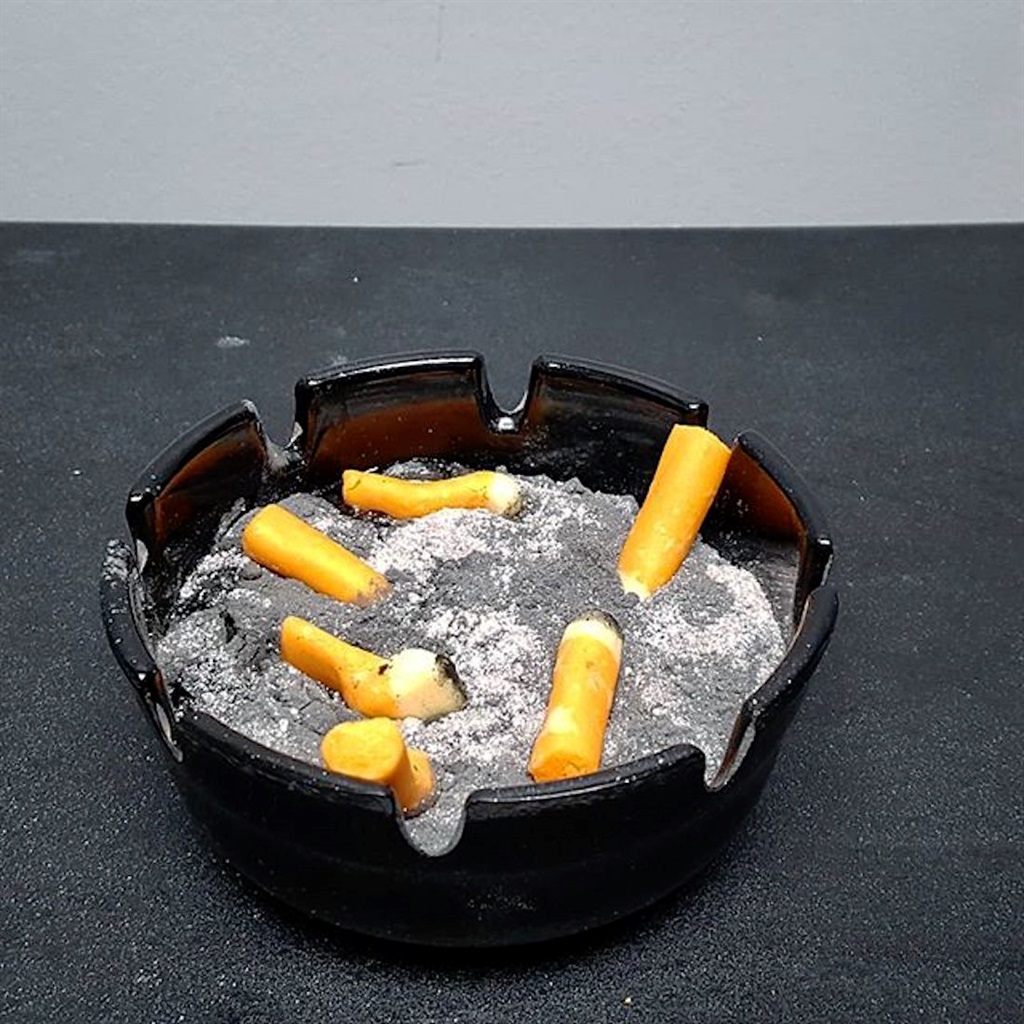 Speaking to INSIDER, the chef said that he started teaching himself "standard" pastry techniques in 2015. One day, he "decided to see if [he] could make a chocolate shell shaped like a lemon," which he says sparked his passion for food illusions.

His sweet experiments clearly paid off. In the past three years, Churchill has amassed over 100,000 followers on Facebook and Instagram combined. Churchill starts by thinking of an object and figuring out what to make it out of.

He told INSIDER that some ideas randomly come to him while others "develop over a couple weeks," like his ashtray dessert, which he worked on for six months.

He then develops the flavor profile of each dessert. For each illusion, Churchill incorporates "key" flavors that "taste relevant" to the object the dessert is designed to mimic. For example, when he made a dish inspired by the computer game "Fallout 4," the chef incorporated ingredients that he believed would evoke a "radioactive" essence like sour lemonade and popping candy.

Many of Churchill's dishes are designed to be made in stages over the course of a day. The chef told INSIDER that he hopes his unconventional desserts make people think. 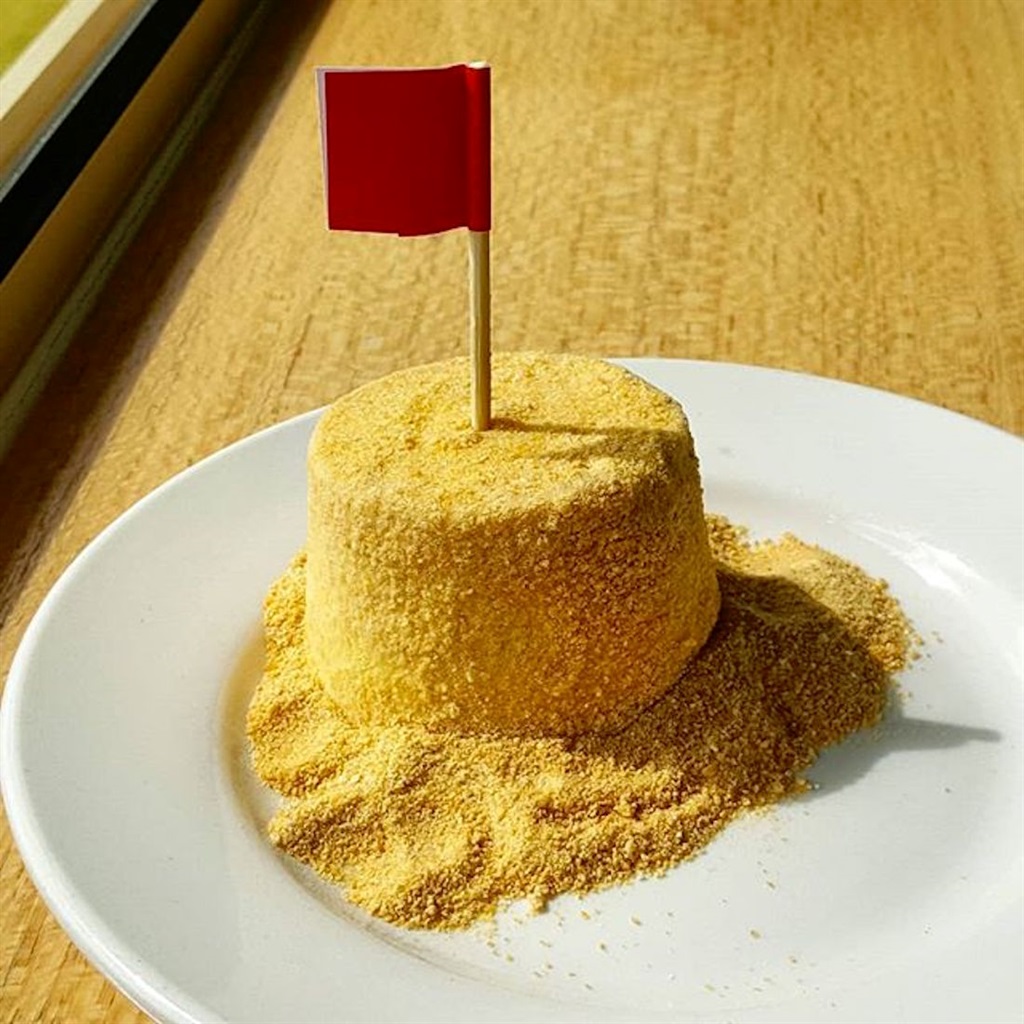 Some of his dessert illusions can be easily confused for savory dishes. This bloody heart is actually a ganache filled cookie, next to charred strawberries, burnt rose gel, and coconut. Churchill's Egg on Toast dessert looks exactly like the popular breakfast food. Churchill uses lemon sponge cake for the toast, whipped cream for the egg white, and finishes the dish with a mango gel yolk.

This chocolate and banana dessert look like oversized nuts and bolts. Believe it or not, those nuts and bolts are 100% edible.

And many of his creations look deceivingly simple. These raw chili peppers are actually chocolate and chili cakes. The lemon dessert even has a sticker, though it's not edible.

This Stilton cheese plate is actually a baked vanilla cheesecake with mint veins. 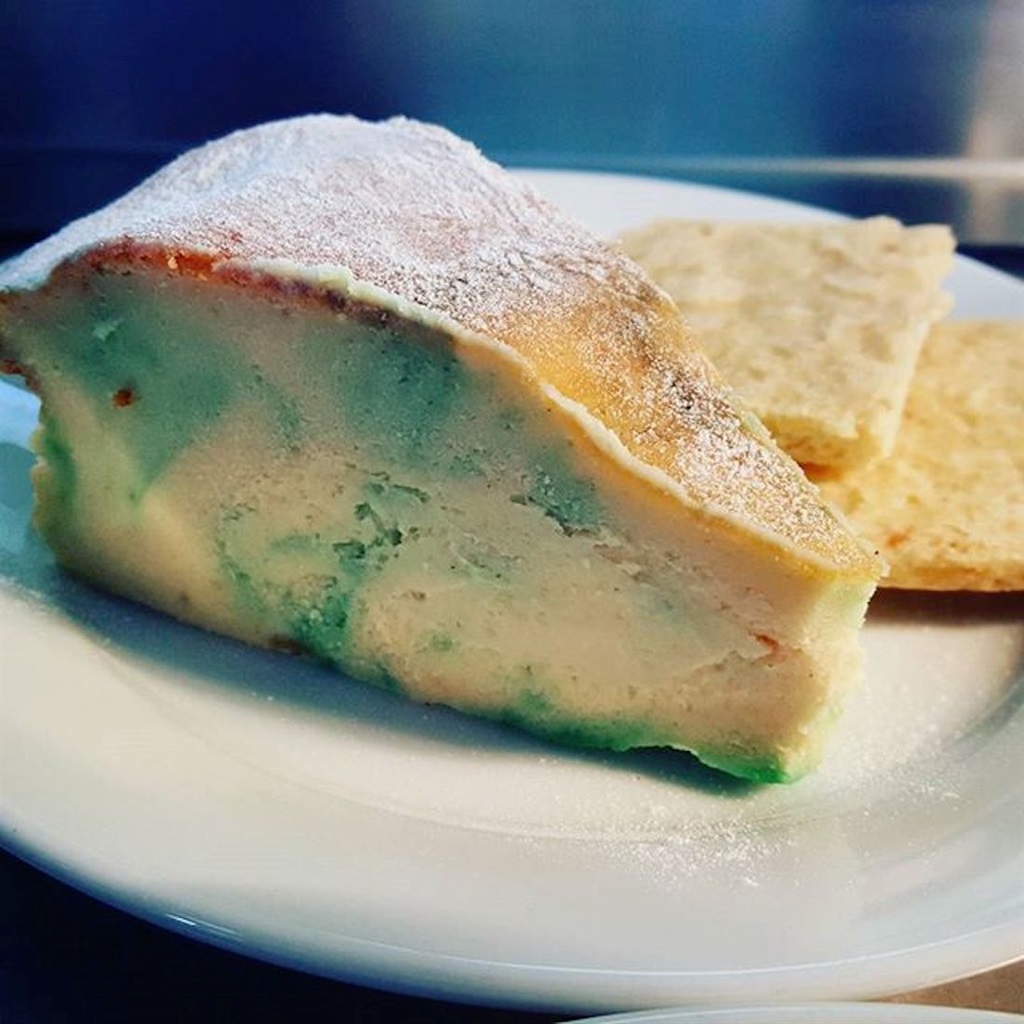 This dish is another example of a sweet dish that looks like a savory one.

This pear dessert is just like the fruit — with a bit more sugar. Churchill made this realistic dish with a pear parfait, charred overnight oats, almonds, and honey.

This dessert was designed to look like a woodland floor. 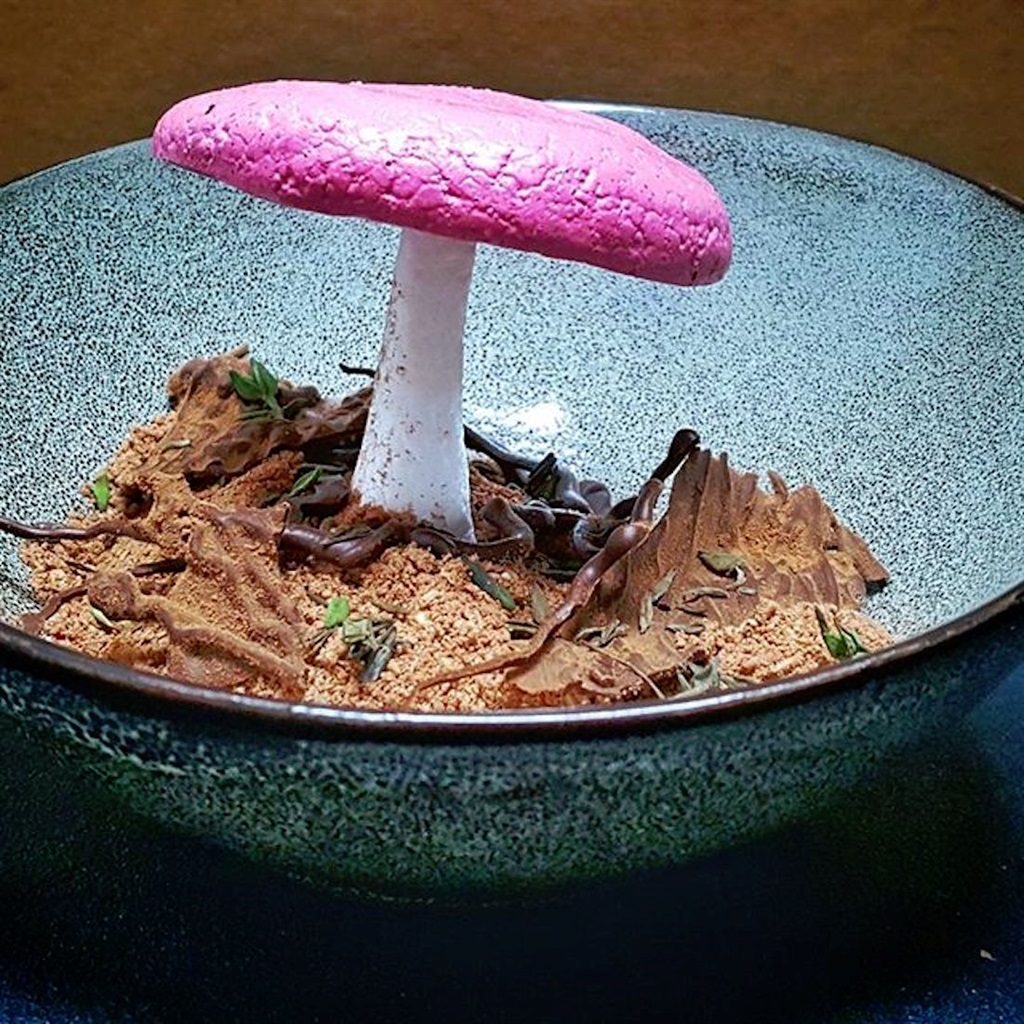 The bowl is filled with chocolate ganache, thyme, chocolate soil, and meringue shaped like a mushroom. You don't need to water this potted plant, and it's safe to eat.

This dessert is far from the average apple crumble. Churchill says this dessert is "not your usual apple crumble." This vanilla bavarois (a dessert made using gelatin and whipped cream) pairs perfectly with the stewed cinnamon apple centre, custard, and granola that accompany it.

This is the only moldy-looking apple we'd recommend eating. 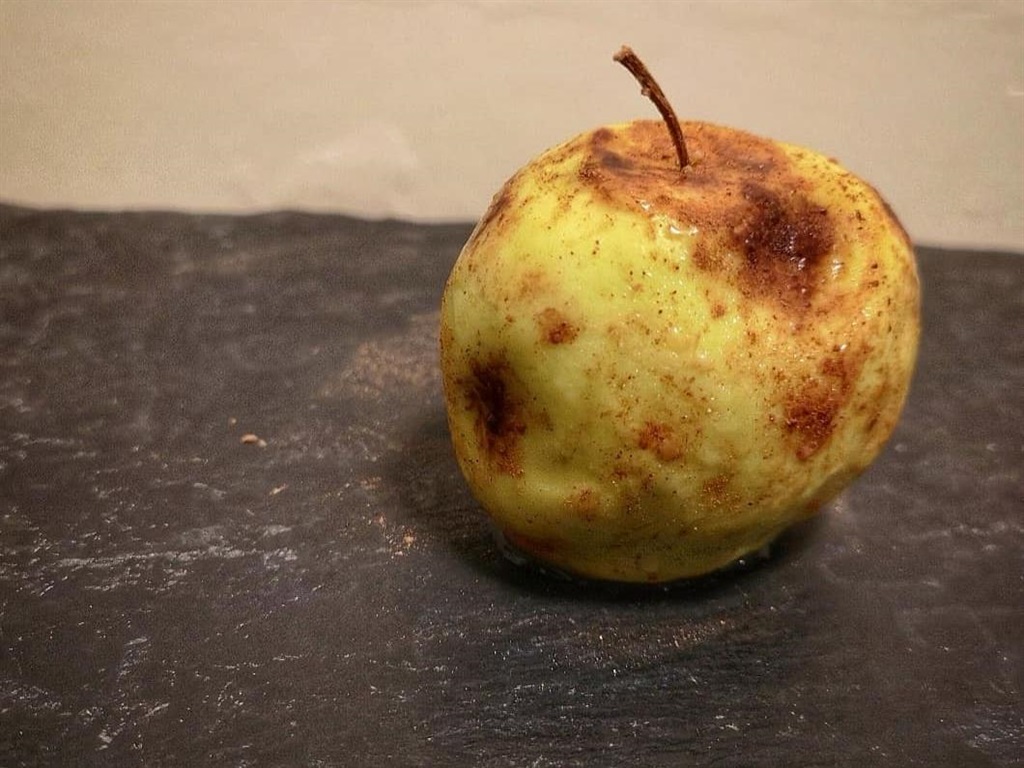 This "raw beet" is actually a chocolate and beetroot brownie filled with chocolate mousse. To see more from Chef Ben Churchill, check out his website and follow him on Instagram. You can also find out more about his upcoming cookbook "Food Illusions Vol. 1 The Revision" here.