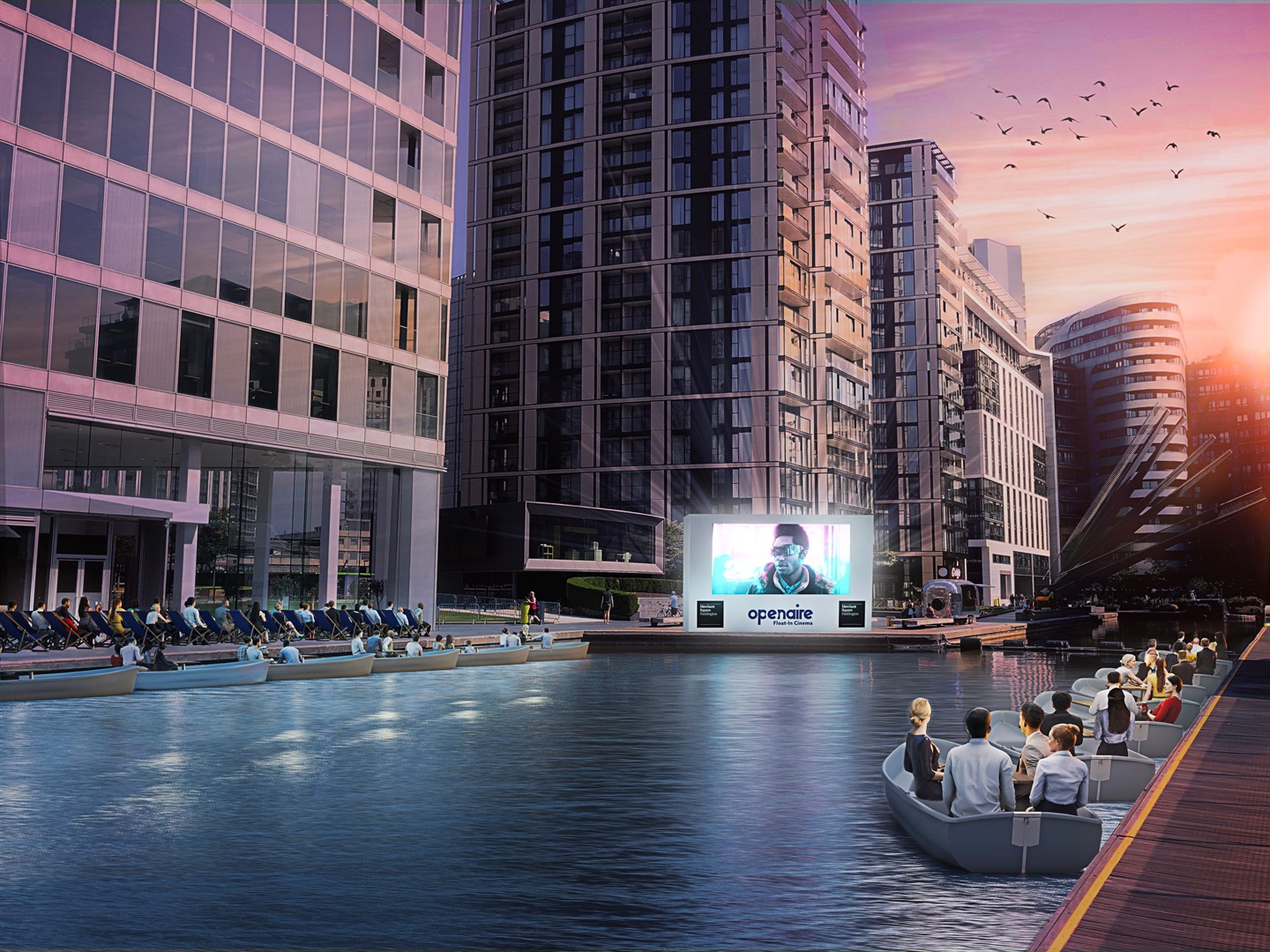 The UK's first float-in movie theater will be on Regent's Canal in Paddington, London.
Openaire

The UK's first float-in open-air movie theatre is coming to London this September.

Situated on Regent's Canal in Paddington, the Openaire movie theatre will have a 6 x 3 metre hi-res LED screen positioned for an audience split between boats and deck chairs.

There will be 16 eco-boats each seating six to eight, plus socially distanced chairs on land, providing seating for 128 people in total.

Upon arrival, guests will captain their self-drive vessel around Little Venice before mooring at Merchant Square to enjoy the movie.

In order to minimize disturbance to others in the area, audio will be played through sanitized wireless headphones.

Guests can order snacks including popcorn and freshly cooked Italian food from artisan pasta chef RaviOllie, who is launching a pop-up waterside kitchen for the movie theater.

Openaire's cinema launches on September 2 and has screenings, both afternoon and evening, listed until the end of the month, with prices starting from £16.50 ($21.60) for a deck chair and £34 ($44.50) per person for a boat for eight people.

In accordance with UK social distancing guidelines, bookings will be restricted to six individuals from different households per six-person boat, or two households in total per larger boat.

While a first in London, the movie theater is not the first of its kind globally. In July this year, Paris launched a river cinema with attendees watching from boats for one night only, as Insider's Sophie-Claire Hoeller reported.

Paris just hosted a floating movie theater where people sat in socially distant boats on the water, and the photos are stunning

The best drive-in movie theater in every state

Related Links
Nu Metro cinemas to open for weekends only – with a new approach to popcorn, booze for VIPs
Ster-Kinekor will reopen next week - here's what you can expect
SA cinemas: Popcorn must be ordered online, and row-by-row exits planned
Next on Business Insider
Video shows Western fighters ambushing Russian armoured vehicle in Ukraine with rocket launcher