17 of the best online games to play as a family Heads Up makes for hours of laughs with the whole family. The charades-esque game is a surefire way to entertain a family. Kids, teens, grown children, parents, and grandparents alike will find something enjoyable with a round (or many) of Heads Up.

The app is available on the App Store and Google Play Store for free.

The ever-popular game Animal Crossing has a mobile version. Players can design their own imaginary world and choose from up to 100 animal characters. Family members who both have the game can connect with each other on the app.

Animal Crossing: Pocket Camp can be found on the App Store and Google Play Store.

Family trivia night is made easier with the "Jeopardy!" app. The "Jeopardy!" app has a free version for Apple and Android and has a multiplayer function.

Family members can team up and compete against each other with the "Who Wants to Be a Millionaire?" app. The game show's mobile app is another great trivia night option for families. Family members and friends can compete against each other, use the same lifelines seen in the TV series, like "50:50" and "Ask the audience," and unlock new (virtual) cities to visit with each win.

It's available to download for free on the App Store and Google Play Store.

"Wheel of Fortune" also has a multiplayer app that makes for a fun game night. Families who like puzzles and word games will be delighted with the mobile version of the popular TV show.

The game can be downloaded on the App Store and Google Play Store. The mobile "Wheel of Fortune" games appear to offer in-app purchases but are free to download.

UNO! has a digital version that's just as exciting as the real card game.

When scrolling endlessly through social media or even having virtual hangouts on Zoom gets old, it doesn't hurt to go back to basics. A classic game of (online) UNO! with friends might be the ideal boredom cure. Fans of Legos can let their imagination run wild, even on the go or virtually. The Lego Duplo World game is made for ages 5 and up, and it has a "multi-touch" function that lets family members solve puzzles and play together.

The app is free and can be downloaded on the App Store and Google Play Store.

British art institution Tate has a variety of free, family-friendly games that work on a desktop or tablet. Artists of all ages can use Tate's art games to make masterpieces like Van Gogh or make their own digital street art. Tate's digital art canvases could even be used for fun family games like Pictionary.

It's hard to go wrong with a virtual twist on a classic board game like Monopoly.

The Monopoly app brings the board game to any mobile device. Once the game is downloaded, users can play the mobile version of Monopoly with family and friends who also have the app.

It can be purchased on the App Store and Google Play Store.

Families who love word puzzles might enjoy Boggle With Friends. 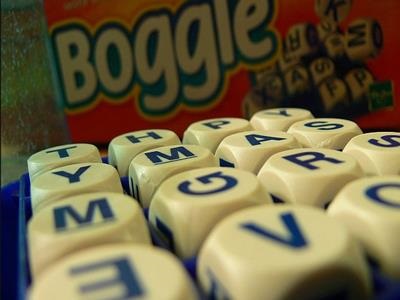 The game challenges players to find all the possible word combinations after the board has been shuffled. Boggle With Friends has a multiplayer function that allows family members to play against each other.

The app is free on the App Store and the Google Play Store.

The game Ticket to Ride is a travel-themed board game with a family play option. Ticket to Ride is a board game that takes players on magic railway rides. The winner gets to the destination faster than its competitors, thanks to strategic decisions (and luck).

The game is available on the App Store and the Google Play Store. It's also available on gaming services like Steam, PS4, and more.

Mario Kart Tour can lead to endless family rivalries that are all in good fun. The beloved game Mario Kart has a version that lets family and friends race against each other on their phones. Once players have the app, they can connect with each other if they're in the same room or by adding each other as friends.

The game is available to download for free on the App Store and Google Play Store. It offers in-app purchases, and in order to play, users must have a Nintendo account.

There are plenty of virtual ways to play Scrabble and similar games with family. 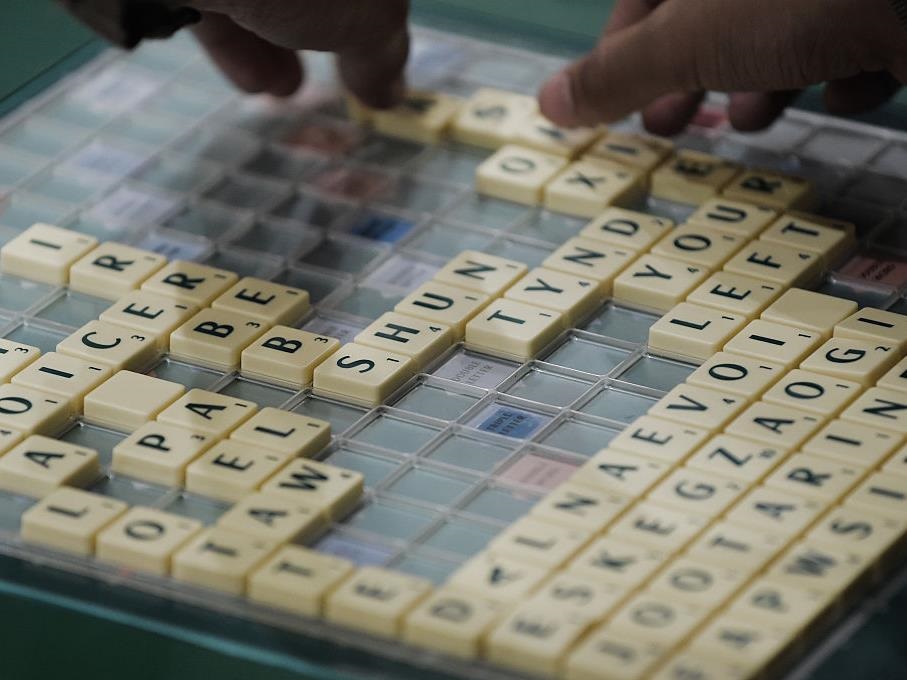 The timeless word game has lots of digital variations.

Words With Friends is a Scrabble-inspired game where two players can compete against each other as long as they're connected on the app. It can be downloaded on the App Store and Google Play Store.

Scrabble GO is another app dedicated to the classic word challenge. The app also contains other types of timed games and multiplayer activities. It's available for free on the App Store and Google Play Store.

The party game Scattergories is meant to be played with multiple people. In Scattergories, players are challenged to brainstorm words that fit a specific category - and the more people in the game, the more fun it is.

The mobile app lets users invite their friends to a virtual "room" and play for hours on end.

The free app can be downloaded on the App Store and Google Play Store.

Yahtzee With Buddies makes the beloved dice game easy to play with others. Yahtzee With Buddies lets users play the foolproof dice game against people in their contacts.

The app can be downloaded for free on the App Store and via the Google Play Store.

Kahoot! is a quiz maker that could be entertaining for siblings and parents. Kahoot! has become a popular tool for teachers to create engaging quizzes for students, but the website and app can also be used as a fun way to have virtual trivia sessions with family members.

Users can create their own quizzes for free and send the link to as many people as they'd like.

Families with younger kids might enjoy the game My Very Hungry Caterpillar, which is based on the popular Eric Carle book. In the game, users take care of their very own caterpillar, bringing the famous picture book to life in an interactive way.

The free app is available on the Google Play Store.

Related Links
15 games to play on Zoom, from a murder mystery to cooking challenges
Epic has begrudgingly put Fortnite on Google's official app store
Facebook Gaming app fast-tracked to launch during pandemic lockdowns
Next on Business Insider
Chinese company accused of ripping off Apple designs unveiled a new robot that looks a lot like Tesla's