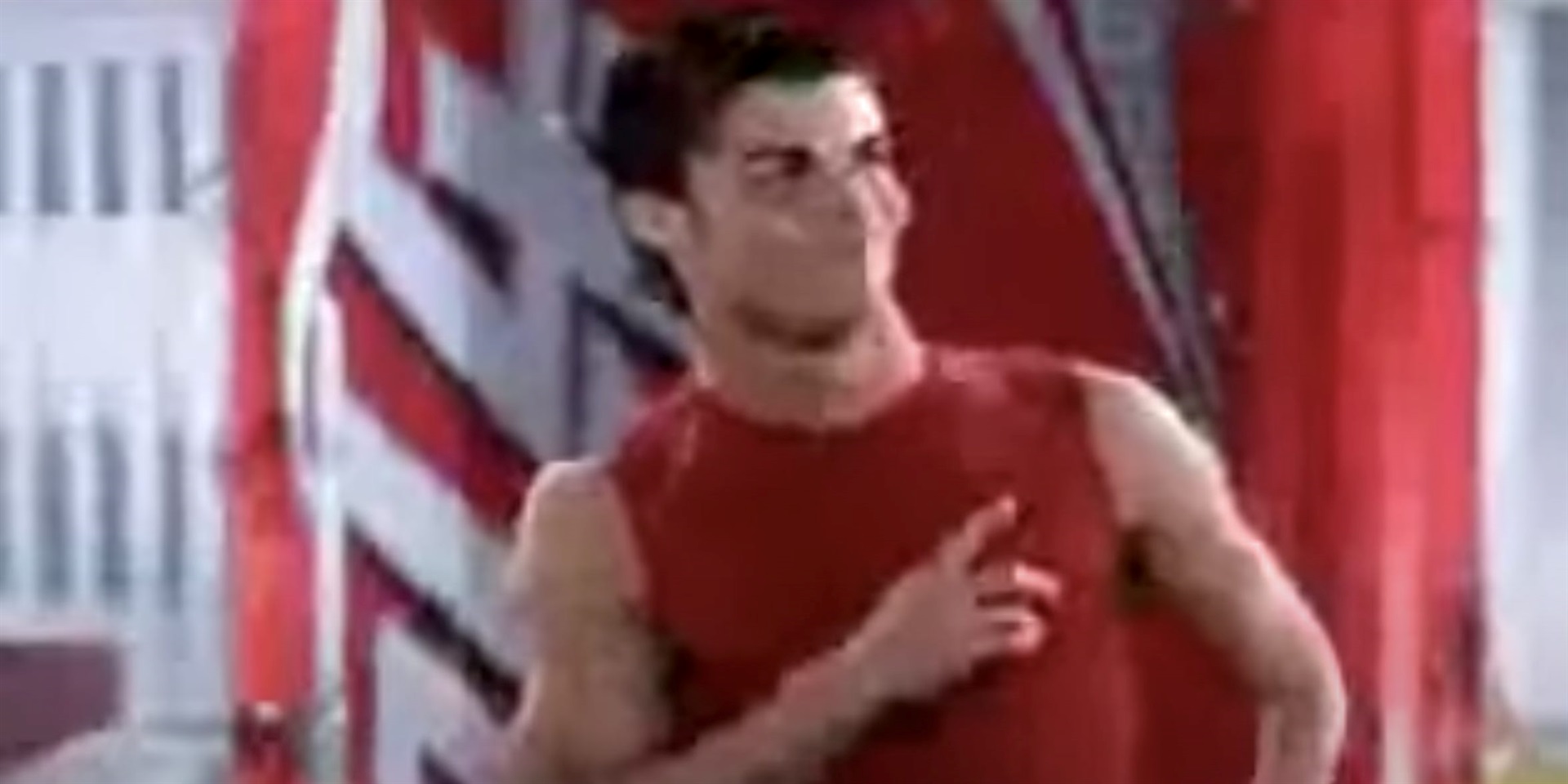 Ronaldo appeared in a Coke advert in the early 2000s.
Screenshot/YouTube

Just days after Cristiano Ronaldo scoffed at Coca-Cola during a Euro 2020 press conference, adverts that show him endorsing the brand, and fried chicken giant KFC, have resurfaced.

Ronaldo removed two bottles of the sugary drink from his table while speaking to the press on Monday ahead of Portugal's 3-o win over Hungary.

"Coca-Cola, ugh," he said in apparent disgust as he moved the bottles, choosing instead to drink a bottle of water. The 36-year-old's snub of the drink coincided with Coca-Cola losing $4 billion in market value.

The resurfaced Coke advert starring Ronaldo appears to be part of a marketing campaign in China for the 2006 World Cup in Germany.

The advert shows the Portuguese star superimposed on Coke cans branded in simplified Chinese. He is then seen in a fridge playing soccer with an ice cube

Several grainy, low quality versions of the advert can be found on YouTube, with one published as long ago as 2008. A number of stills showing Ronaldo advertising Coca-Cola, seemingly from a different campaign, have also surfaced.

People on social media were quick to accuse the Juventus forward of hypocrisy after the old adverts re-emerged.

"Well this is awkward. Guess the pay check stopped coming."

Others referenced the fact that Ronaldo has also endorsed fast food brand KFC in the past, seemingly in opposition to his extremely healthy, and voluminous, diet.

In 2013, Ronaldo starred in an advert for KFC in the Middle East. In the ad, Ronaldo is seen playing football and scoring a penalty, before tucking into a bucket of fried chicken.

That advert remains live on the KFC Arabia YouTube channel.

While some accused Ronaldo of hypocrisy, others praised him for using his platform in 2021 to discourage people from drinking fizzy drinks, regardless of his previous endorsements.

Some social media users noted that he was in his early 20s when he appeared in the Coca-Cola advert, a time in which he was known to enjoy drinking the occasional Coke.

In 2020, Ronaldo's former Manchester United teammate Ryan Giggs confirmed a story that Ronaldo once arrived at training with a can of Coca-Cola, only to be admonished by his senior teammate for his unhealthy choice.

Unhealthy food endorsements aside, Ronaldo was the star as Portugal beat Hungary 3-0 in its opening game of Euro 2020 on Tuesday.

The former Manchester United and Real Madrid forward scored twice in the final five minutes to take his all-time tally of goals at the European championships to 11 and become the tournament's greatest ever scorer.