The building which once served as the Barclays Bank headquarters on the corner of Commissioner and Harrison Streets in downtown Johannesburg now features luxurious penthouse suites that are available for short-term stays on Airbnb.

Built in the 1940s, in the architectural style of the “Modern Movement Era” with many Art Deco features, the building is protected under the National Heritage Act, which prevents any changes to its façade. Barclays Bank changed its name to First National Bank of Southern Africa in 1987, and by 2002 the branch had relocated, paving the way for internal renovations. These renovations included converting some floors to large residential apartments and others to office spaces, while the triple volume banking hall now houses restaurants and caters to social events. Ade Ashaye, originally from the United Kingdom, bought one these shell apartments and finished renovating in 2007. Ashaye’s intention was to live in the apartment, which had been transformed by modern fittings and finishes. The apartment later listed on Airbnb and welcomed its first guests in 2015 and Ashaye’s vision of African Penthouses was born. “At the time, there was no plan to expand to the entire top floor,” Prescillia Tandu of African Penthouses told Business Insider South Africa.

“That happened as other owners left the country and either sold or asked us to manage their apartments.” Today, Ashaye’s company offers three penthouse suites and one “New York style apartment” at 87 Commissioner Street. These apartments can be booked for a stay via Airbnb, with prices ranging from R1,000 a night for the “New York style” accommodation to more than R2,700 for the rooftop penthouse with jacuzzi. The most luxurious of all accommodation on offer is the three-bedroom, two-bathroom penthouse: the Winston Churchill. The 230sqm apartment is spread across three floors of the old Barclays Bank building. It features a private rooftop jacuzzi and braai area.

African Penthouses, as the name suggests, had hoped to expand to other cities on the continent. But the Covid-19 pandemic clobbered the tourism and hospitality industry, forcing the company to revaluate. 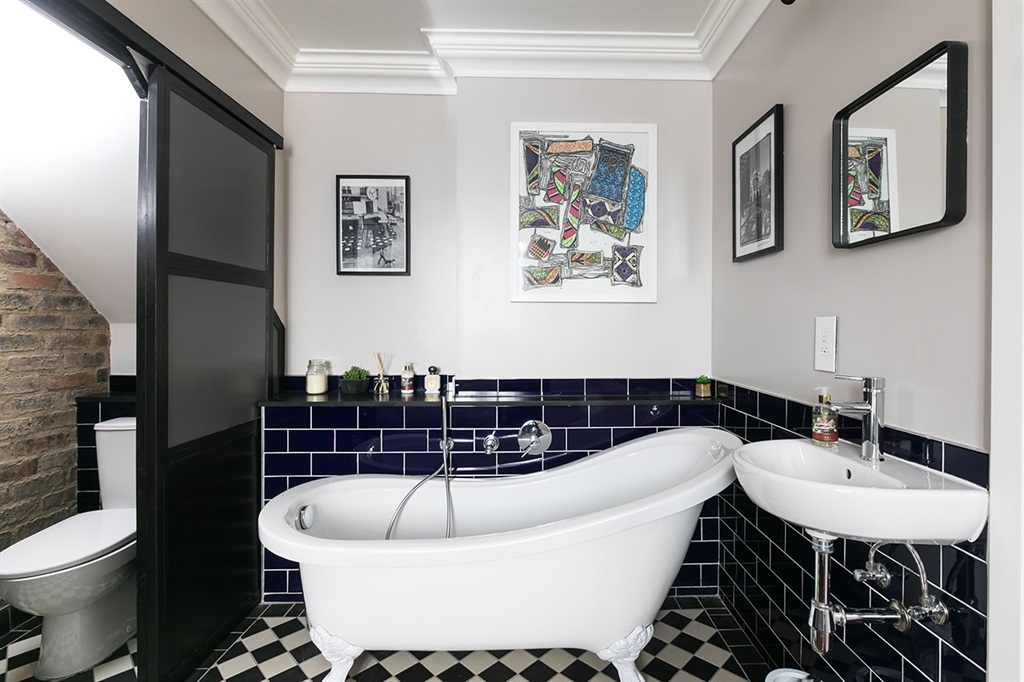 “The long-term plan was always to expand to other cities both locally and across Africa,” said Tandu.

“Pre-pandemic, the vast majority of our guests were international tourists wanting to discover Africa, realising that South Africa is just a small piece of the African puzzle. They’d inevitably leave, thinking about which country they’d visit next. What the pandemic has shown us is the extent to which South Africans appreciate the opportunity to escape within their own city.”